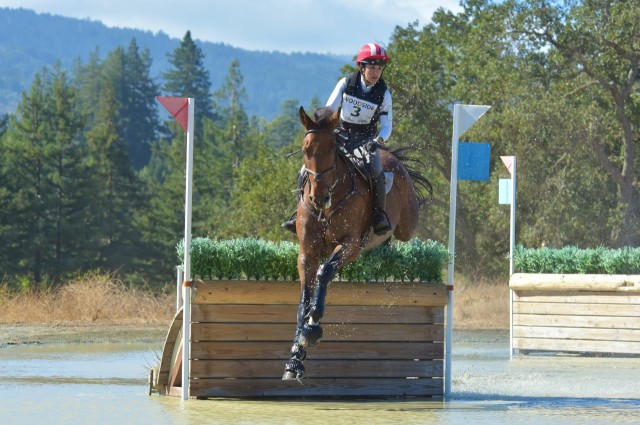 Lauren Billys led from start to finish to take home the win in the CIC3* at Woodside International this weekend, adding 4.4 time penalties to her dressage score to finish on a score of 57.5. Lauren’s partnership with Castle Larchfield Purdy has continued to blossom this year, and this is their first win at this level.

“Honestly, I’d been at a bit of a plateau with my dressage, and sometimes when you’re trying to make something better you have to break down the good things to make them great,” Lauren said of her dressage test with Purdy. “I’ve been doing that every day, and I feel like it’s starting to come together with him.”

Lauren and Purdy finished in the top 20 individually at the Pan American Games representing Puerto Rico and has her eye on Rio, a goal she has been working toward with this horse since he was purchased last year. “I’m trying to get enough points to qualify [as an individual] for the Olympics in 2016. If you get enough points to finish in the top 25 percent of all riders from that region you have a chance to go,” she said in a press release.

James Alliston and Tivoli, out for the first time since retiring at Rebecca Farm, picked up second place with one rail down in the show jumping added for a final score of 57.7. While he was at it, James also finished third aboard his other ride, Parker, who is coming off of a second place finish in the CCI3* at Rebecca in July. Parker finished on his dressage score of 60.6. 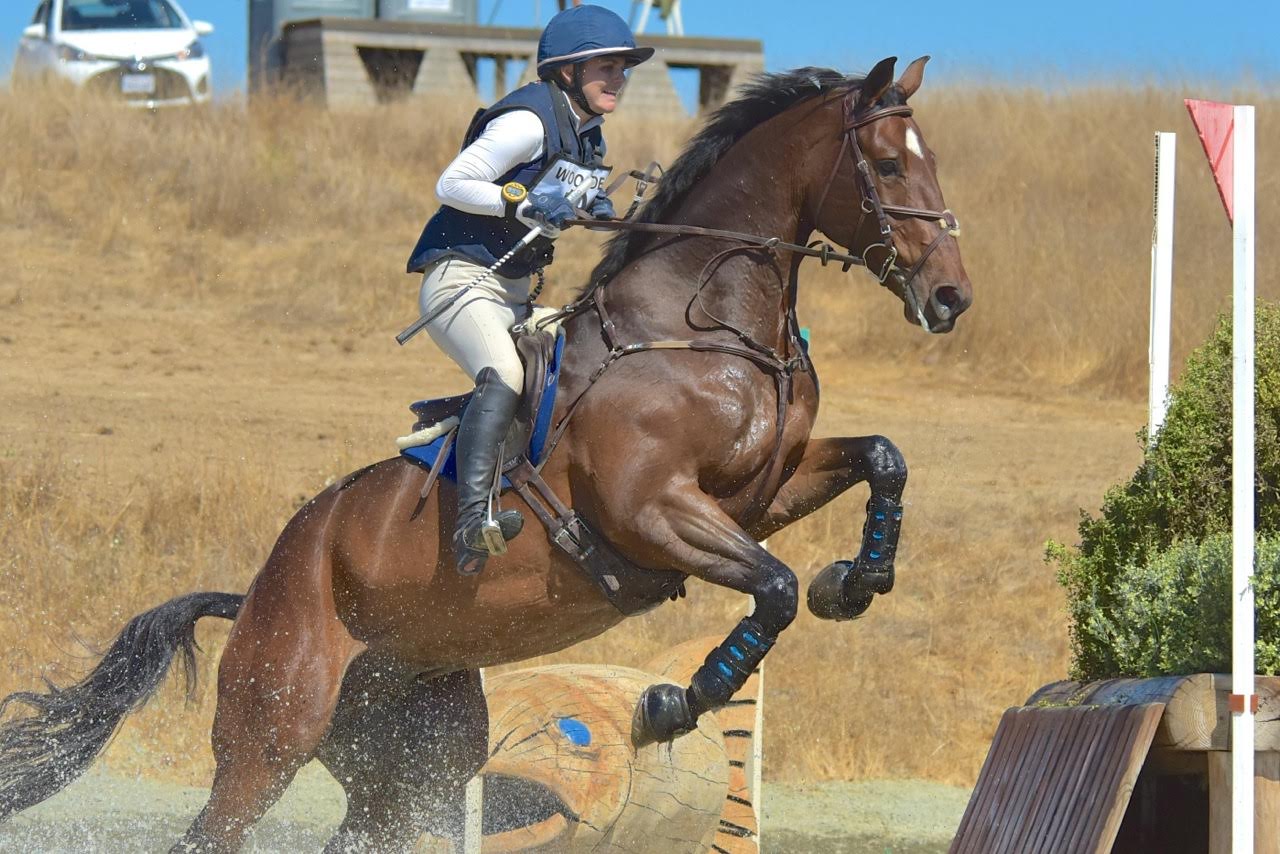 The CIC2* division was also led wire to wire by Kelly Pugh and Corazon, who we talent spotted in July. This is an exciting horse to keep your eye on, and he once again made quick work of his competition, finishing on his dressage score of 39.8. This is David and Candace Garrett’s 8-year-old KWPN gelding’s first CIC2* start with Kelly, although he competed through this level in Europe previously.

Amber Levine and Carry On finished second in the CIC2*, adding just two seconds’ worth of time to their score on cross country. This is another exciting performer, an 8-year-old KWPN gelding as well. He’s had a consistent record at this level, including a fourth place in a very competitive CCI2* at Rebecca Farm, and is definitely another to keep track of.

Rounding out the top three in the CIC2* are Sara Sellmer and TF Kreisler, who made their first start at this level together. Sara and TF Kreisler moved from fifth into third thanks to a double clear show jumping round and held onto that placing through cross country on a final score of 52.6.

Ruth Bley and Silver Sage are your CIC1* winners, capping off a weekend of wire to wire FEI finishes in all divisions. This pair has competed at the Prelim and one-star level for quite some time now and have the consistent record to show for it. In 2015, they have not finished outside of the top 10 in six starts.

Kelsey Holmes and Heart of Gold SE steadily moved up through the weekend to take second place overall. After lying in 15th after dressage, Kelsey and Heart of Gold SE rocketed up the board with one of just a few double clear show jumping rounds and a quick and clear cross country for a final score of 51.5.

Kelsey Devoille and Helium Risin’ complete the CIC1* top three, their second CIC1* start together. This is another pair whose quick and clear jumping rounds were rewarded with big moves up the board — they were in 17th following the dressage and added nothing to that score for a final of 52.7.

Marc Grandia and Fernhill Eagle are your Advanced winners at Woodside, winning handily on a final score of 46.3. This pair had an unfortunate MR at Aspen Farms last month but both walked away without injury and we’re thrilled to see them back to fighting form this weekend.

The Advanced division ended up with just two finishers, and Amy West with Whirlwind WF picked up the second place finish in their first Advanced together with a clear cross country round to cap off their weekend.