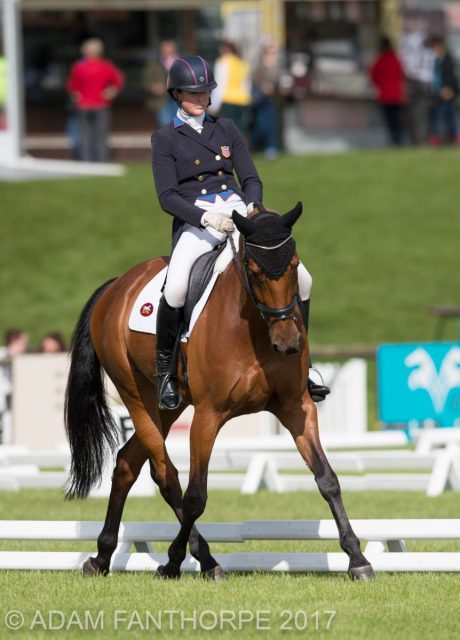 Gemma Tattersall and Quicklook V lead the Equi-Trek Bramham International Horse Trials CCI3* on 36.7 at the conclusion of dressage in West Yorkshire, England.

We saw two scores in the 30s in the CCI3*, with yesterday’s leaders Jesse Campbell and Cleveland, his own 10-year-old KWPN gelding (Watermill Swatch X Rielone, by Lennard), settling for second place on 39.5. Pippa Funnell and Sandman 7, an 11-year-old Rheinlander (Sandro Boy Junior X Prisma, by Paradiso) owned by Jenny Nolan and Ruth McMullen, round out the top three on 40.6.

Lauren Kieffer and D.A. Duras, a 9-year-old KWPN gelding (Numero Uno X Medoc, by Quattro) owned by Debbie Adams and Ms. Jacqueline Mars, scored in the 40s for the first time at three-star level to sit tied for 12th on 45.0 after dressage.

“The exciting thing is there were a few points left on the table — his changes weren’t perfect — but he was super ridable and totally focused,” Lauren said. “In the beginning when I first started riding him it was about getting him relaxed in the ring and focused. He has all the tricks and now it’s about getting him stronger so he can hold his presence throughout the test. The exciting thing for me is he went in the ring with all that atmosphere and held his focus.”

Lauren said Ian Stark’s cross country course will be one of the toughest three-star tracks she’s ever tackled. Click here to take a virtual tour of the course thanks to CrossCountry App. “We brought ‘D’ here to get mileage around tougher courses and it’s certainly going to be that,” she said. 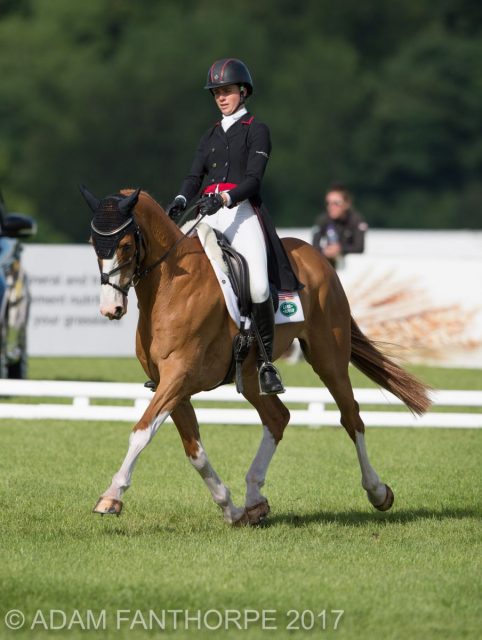 Looking to the Bishop Burton Under 25 CCI3*, Thibault Fournier and Siniani de Lathus, an 11-year-old Sell Francais gelding by Volchebnik, held onto their lead from yesterday on a score of 40.0 for France.

Caroline Martin piloted Pebbly Maximus, a 14-year-old Irish Sport Horse gelding (Nazar X Kelshamore Lady) owned by Sherrie Martin, to a score of 47.7, the second time they have scored in the 40s together at three-star level, to sit in seventh place.

“He was a little bit feisty, and he did a really good medium and good shoulder-in. He’s come so far,” Caroline said. “(USEF Developing Coach Leslie Law) has helped me a lot with him, and it has to do with how he trains the horses. He doesn’t force them to do the shoulder-in or haunches-in. He makes them want to be able to work for you. He plays to their mental side and they become happier horses.”

Caroline Martin and Sherrie Martin’s The Apprentice, a 13-year-old Irish Sport Horse gelding (Casado X Funny Girl, by Fernblick), did their test yesterday and now sit just outside the top 10 in 11th on a score of 49.0. Click here to read Caroline’s comments on her test with “Dirk.”

Looking to the CIC3*, Paul Tapner and Prince Mayo, a 12-year-old Irish Sport Horse (Bonnie Prince X Crosshue Lass) owned by Fred and Penny Barker, held onto their lead from yesterday on 42.1.

We had a third American pair join the competition today in Tiana Coudray and Under The Clocks in the CIC3*. “Ninja,” a 15-year-old Thoroughbred (Woodborough X Regal Kate) owned by Murray Lamperd and Jade Wishart, scored 48.6 for equal 23rd in the CIC3*.

Tiana, who recently moved yards to Swindon, has had “Ninja” in her program for about three years now, keeping him fit and in work for Murray, who would then travel to England from Australia to compete the horse. She competed him in a CIC2* at Barbury last year, and this is her first chance to take him around a three-star track.

“He is an absolute legend. You just have to take your hat off to him. You look at his record and see everything that he’s done — four four-stars around the world. It’s such a privilege to ride him. He’s lived with us for nearly three years now, and I would do a Prelim and Intermediate on him and then Murray would fly in a week before and take him to Burghley or a big event like that,” Tiana said.

“Murray has a family and a business in Australia, so it’s not always feasible for him to go back and forth to compete the horse. This year is the first time I’ve gotten to take him to a three-star. I’m really glad to be sitting on him, bearing in mind I’ve only done a couple Intermediates on him and it’s a big course! I’m hoping I can stay out of his way and let him do his job.”

CIC3* how jumping will take place tomorrow morning, with Tiana and Ninja scheduled to jump at 10:30 a.m./5:30 a.m. EST, followed by cross country in the afternoon.

Cross country ride times for our North American contingent are:

Best of luck to Lauren, Caroline and Tiana as they take on Ian Stark’s track! Go USA Eventing. 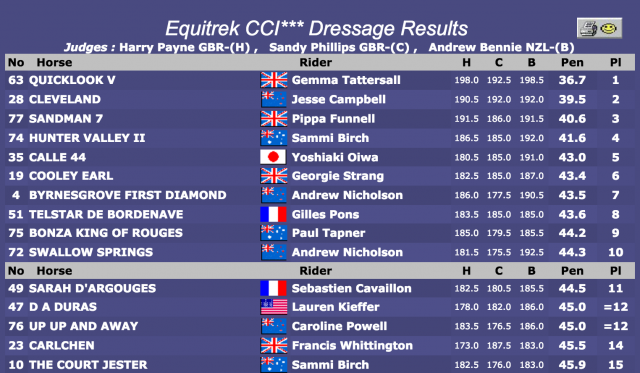 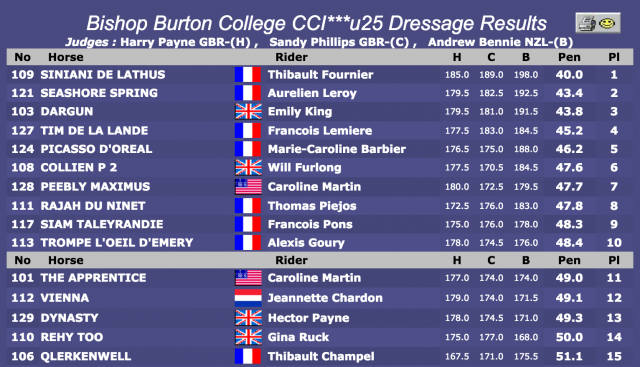