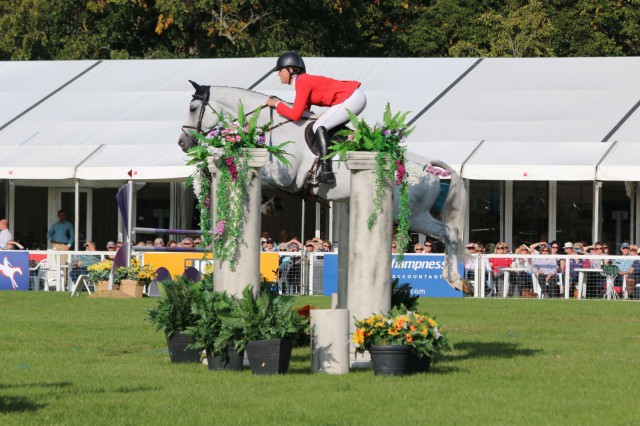 While Lauren Kieffer waits to show jump Veronica in the Blenheim Palace CCI3* this afternoon, currently lying in 7th place in that division, she’s already finished the CIC3* on Landmarks Monte Carlo in 16th place on a final score of 56.3 after going clear on cross country with 5.6 time  penalties this morning.

After a nice dressage test and just one rail down in the show jumping Lauren was the first rider out on course on ‘Patrick’ this morning and told me she was delighted with him, not only today, but with the way he’s matured since he’s come over to England about six weeks ago.

“I was thrilled with him; the big goal with him coming over to Europe was to get him in a lot of atmosphere because any mistake he’s ever made has been because he’s always been staring at the tents or the crowds or whatever else so the last two days I’ve just been tickled with him. Last night’s show jumping was like his worst nightmare come true with so much atmosphere, and he was perfect. 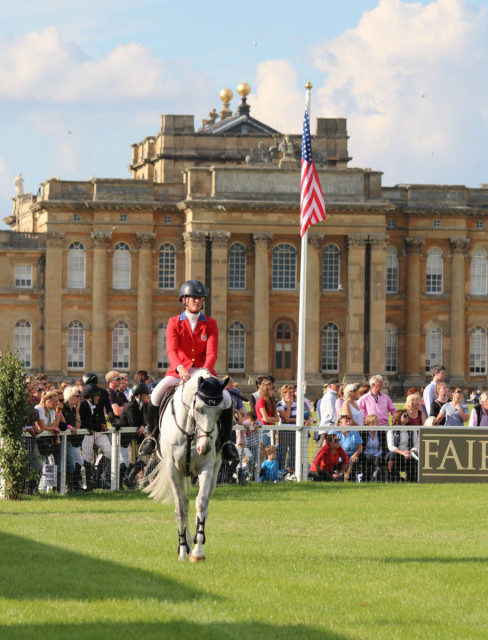 “I couldn’t have been happier with him; he jumped really well and wasn’t worried about the atmosphere at all and again today with bigger crowds and the roping, and coming down the steep hill to the water and the tents — a month, six weeks ago he would have been staring straight at it, but today he was totally focussed. Coming to the last water into the trade fair, again a month, six weeks ago, that’s something he would have been staring at.”

“I think it’s paying off, hopefully, touch wood! Every event we’eve been to has had crowds and atmosphere and flags and I think now he’s getting used to it. He’s an awesome cross country horse, all his mistakes have just been because he’s been staring at stuff in the background, and he’s only 9 and he only moved up this spring so I couldn’t be happier with him. It’s a stiff track and he’s up against tough competition; he was lying 11th after show jumping, and I don’t know what will happen today. We went pretty quick but there’s always someone who’ll go quicker over here, but I couldn’t be happier with the way he’s been going!” 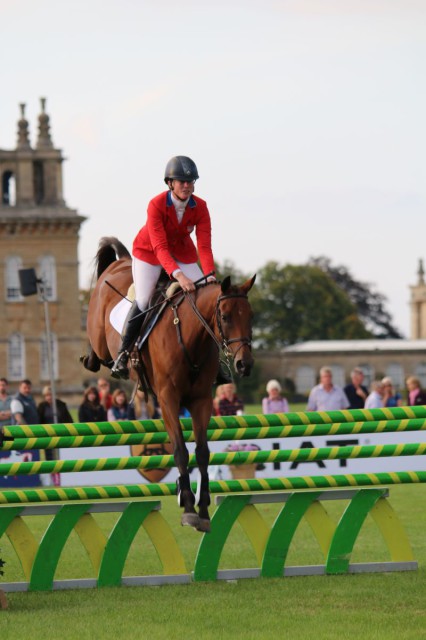 Lauren elected not to run Vermiculus (‘Bug’) cross country after a bit of a naughty dressage test and one rail and three time faults show jumping. Vermiculus is a full brother to Lauren’s former four-star ride Snooze Alarm and although he’s quite a cheeky handful at the moment, she thinks his arrogance will be what makes him extra special because he’s not afraid of anything!

Being just an 8 year old and having had a couple of tough runs back to back at Great Meadows (“pretty much his first Advanced”) before he left the USA and then Wellington Advanced (“properly big”) on arriving in England, Lauren told me she decided to give Blenheim’s testing track a miss this afternoon. 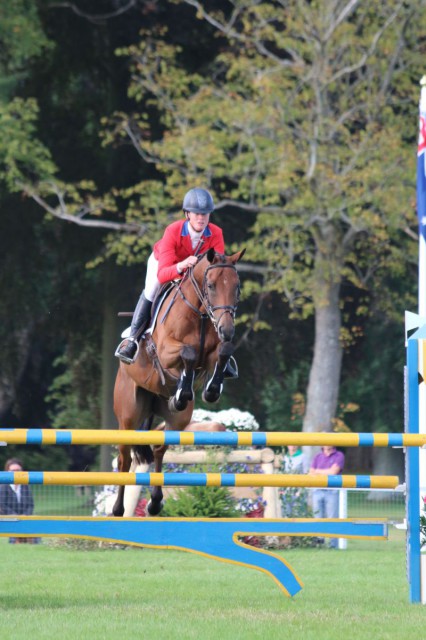 The top 31 horses in the CCI3* division will start to jump at 3pm GB time. We’ll be back with those results and more as soon as possible after it wraps up. Stay with us Eventing Nation! Go The Blenheim Palace International Horse Trials! 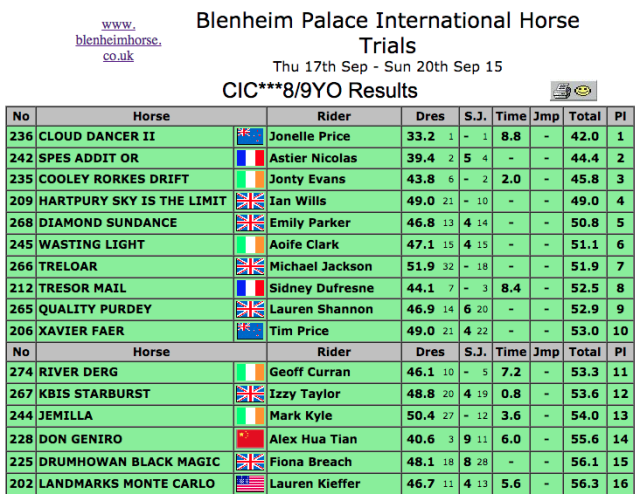