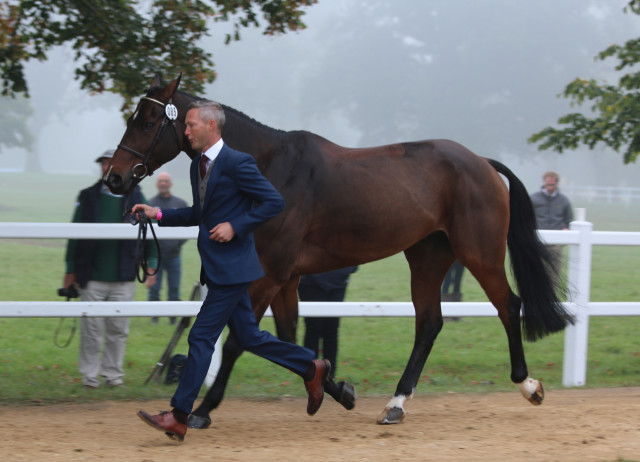 The final horse inspection at Blenheim was moved up to 7:30 am Sunday morning which I was unaware of until I arrived this morning, luckily fairly early, but not quite early enough to catch Liz Halliday-Sharp and Fernhill By Night. As I was scuttling down to the Stabling area, I heard it announced that she was accepted — yay, but was annoyed not to see her outfit in person as she has previewed it for me on Wednesday but decided not to wear it in the rain, and I’m sure she looked stunning.

Running in reverse order so that the show jumping can start as early as possible, we had a number of withdrawals before the trot-up started. Lying fifth overnight, German Eventing tweeted that Andrew Hoy’s Cheeky Calimbo had lost both front shoes and would not be presenting, and indeed he did not present. Likewise the following riders did not present their mounts: Louisa Lockwood and Avocado, Sam Griffiths and Isle Valley, Harry Dzenis and Above Board, Ibby Macpherson and Ballingowan Diamond, Tom Grant and Cloncolma Lad, and Sophie Beaty and Pink Gin.

All our American combinations looked terrific and passed without a second glance. Show jumping has started already, and CIC3* cross country will be taking place in between the lower placed division and the top session, which starts at 3 pm GB time. Buckle in Eventing Nation! Go Clark and our U.S. riders at Blenheim Palace! 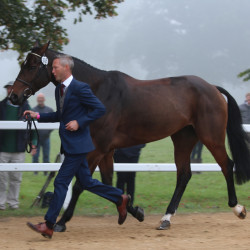 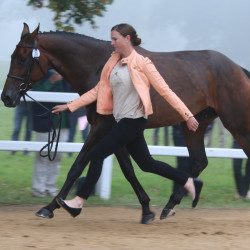 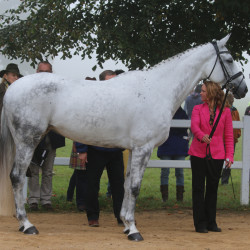 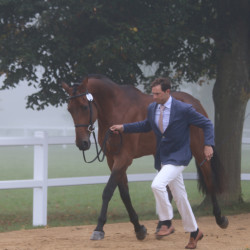 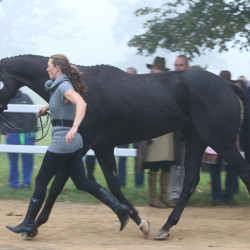 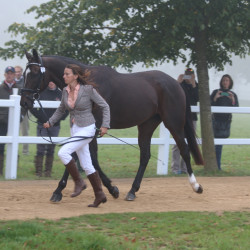