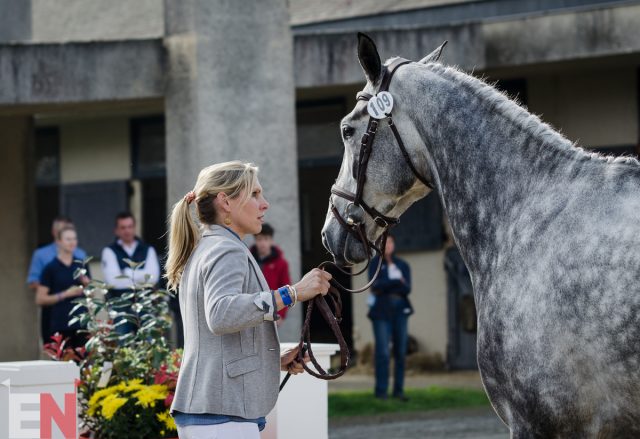 Liz Halliday-Sharp and Cooley Quicksilver at Le Lion in 2017. Photo by Tilly Berendt.

It’s a busy week for North American riders: not only is Fair Hill taking over our airwaves and our (almost) undivided attention, we’ve also got some strong representation at the World Championships for Young Horses at Le Lion d’Anger. Comprising a CCI1* for six-year-olds and a CCI2* for seven-year-olds, the Loire valley competition is enormously prestigious, with its graduates going on to success at the upper echelons of the sport.

The competition got off to a flying start today with the first horse inspection, which saw 110 horses brought before the ground jury of Jutta Koivula (FIN), Alain James (FRA), and Anne Marie Taylor (GBR) for the CCI1* and Eric Lieby (FRA), Gerd Kuest (GER), and Robert Stevenson (USA) for the CCI2*. 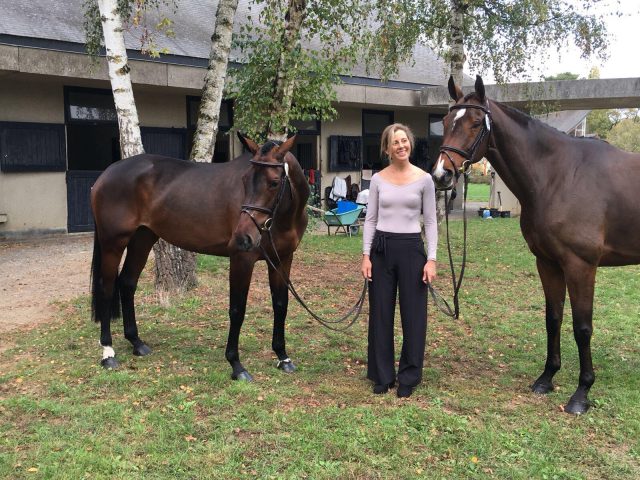 All those presented were passed, and will take to the atmospheric dressage arena over the next two days. Our pathfinder is Canada’s Rebecca Howard, who heads up the six-year-old class on Trebor (Mighty Magic X Trevilder, by Fleetwater Opposition) and closes it on season debutante Cooley Convinced (Diarado X BLM Clover Diamond, by Clover Echo), both owned by fellow Canadian and eventer Kelly McCarthy-Maine. 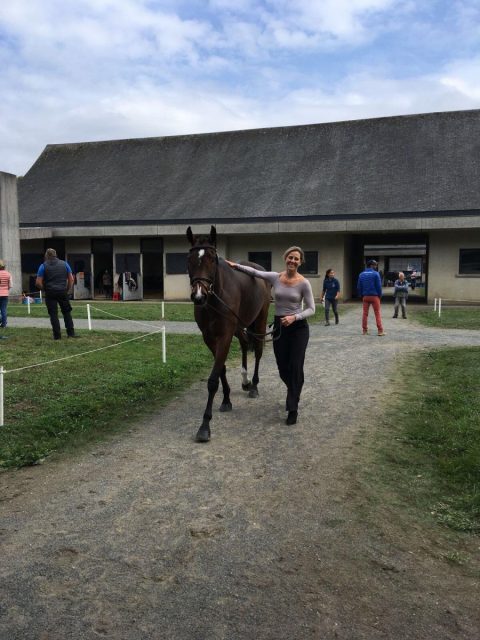 Rebecca Howard and Trebor, pathfinders in the CCI1*. Photo by Kelly McCarthy Maine.

Trebor, known as ‘Minty’ at home, won the Burghley Young Event Horse final as a four-year-old, and was purchased by Rebecca in late 2017 from his producer, Andrew Heffernan, who competes for the Netherlands and rides Gideon in the seven-year-old class this week.

Pedro Gutierrez started his week by making a little bit of history – he and his own California Mail (Quite Easy X Varnalisa Mail, by Kalaska de Semilly) are Mexico’s first-ever representatives at this competition.

There’s stiff competition in the seven-year-old championship, with 69 total entries and a formidable line-up. The U.S. is ably represented once again by Liz Halliday-Sharp, who will pilot Cooley Quicksilver (Womanizer X Kylemore Crystal, by Creggan Diamond), a graduate of last year’s six-year-old competition. The Irish Sport Horse, owned by the Monster Syndicate, started his season off with an impressive win in the CCI2* in Ocala.

Second in that class was the US’ other horse in this class. Doug Payne and Quantum Leap (Quite Capitol X Report to Sloopy, by Corporate Report) made their way over to France on the Holekamp/Turner Grant, awarded to the winner of the USEA Young Event Horse five-year-old championship. 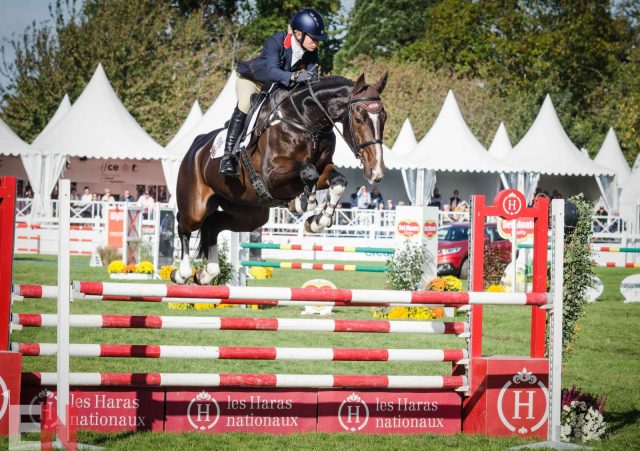 France’s Tom Carlile enjoys the home advantage of being based at Le Lion d’Angers, and he has a remarkable record here, too — he had clocked up eight consecutive FODs at the event, a record which was broken last year when he collected a surprise 20 aboard Atos Barbotiere in the seven-year-old class. This year, he rides the talented Birmane, who finished third in the six-year-old class in 2017.

Perhaps the most accomplished entrant in the CCI2* is Choclat, ridden by Michael Jung. In his second CCI1* last year, he produced one of the lowest-ever finishing scores at an international event — an astonishing 15.2. Not too shabby, when your score is smaller than your horse’s height. Since then, he’s never quite managed to match that incredible effort, but he’s racked up plenty of experience and a plethora of good results, both with Michi and with Italian eventer Pietro Grandis. He’ll be exciting to watch this weekend.

If you’re an FEItv subscriber, you’ll be able to follow along with the action live — here are the dressage times for our North American contingent: