Jennifer Bojescul is 22 years old and a resident of Evans, Ga. She is a graduate of the University of South Carolina Aiken with a degree in Exercise and Sports Science. Jennifer has always had a love for horses and pursued a career in Area III eventing. However, she found a different path in life and wanted to share her story as to why she left eventing behind. Not many people discuss why they leave the sport, and she wanted her story to allow others to not feel alone. Jennifer will always have great respect for eventing and its athletes. 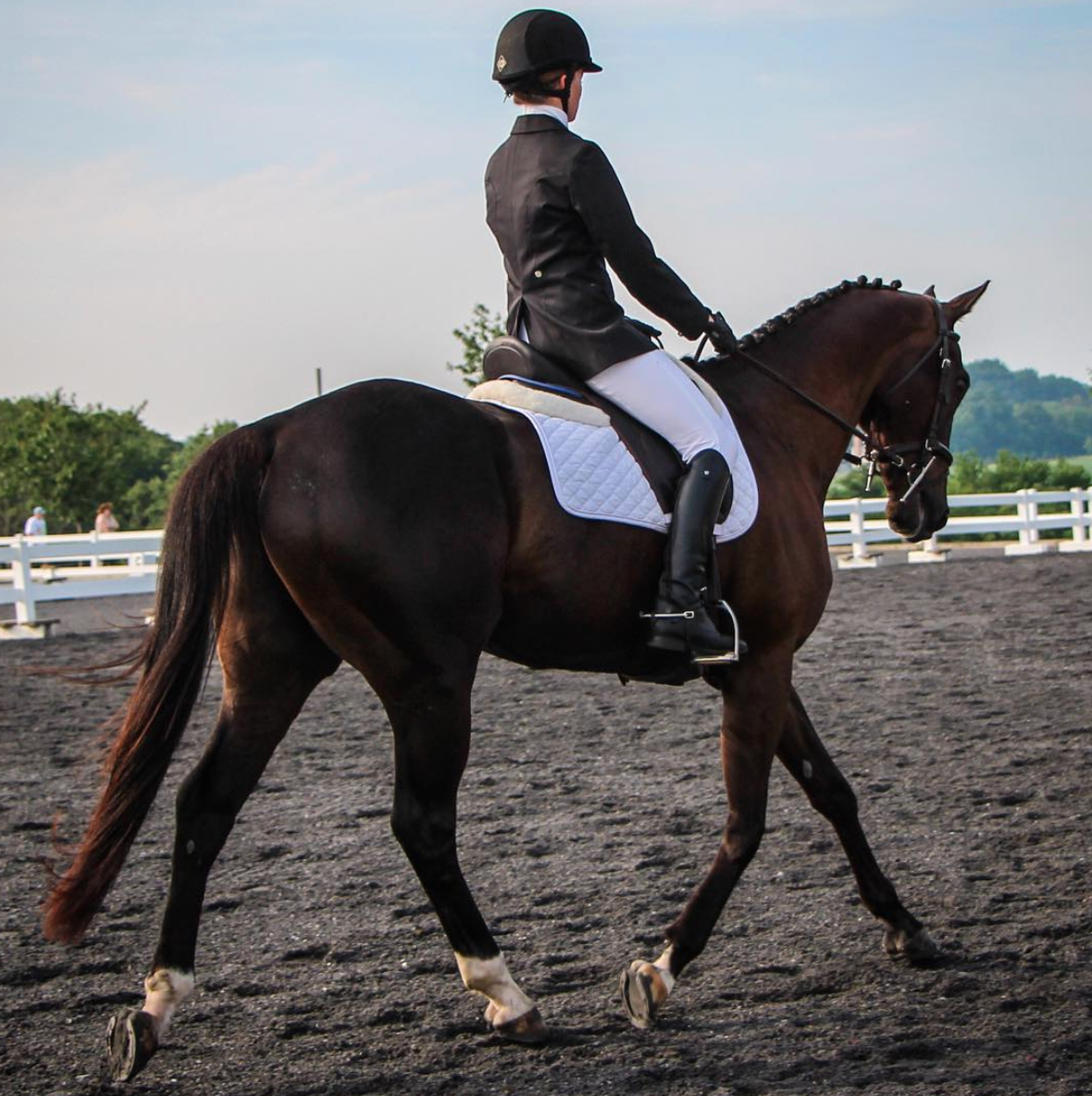 “The privilege of a lifetime is to become who you really are.” — Carl Jung

From the very beginning, I was in love with the horse. The rhythmic beat to the sound of hooves captivated me. My young mind could not understand how man was allowed to sit upon such a wondrous animal, but I knew that was exactly what I wanted to do. My parents took notice and became incredibly supportive of my growing passion. I began riding lessons when I was three on a fiery pony mare who made me earn her respect, as well as a gentleman gray gelding who took me over my first few jumps. To say the least: I was hooked. My riding skill continued to grow through the next few years, and I had stress-free fun.

One day during a lesson, a past trainer of mine made the observation that I jumped like an “eventer” and should look into the sport. A what?! Competing a horse had never occurred to me until that moment. I was taken to watch Pine Top Advanced H.T. in Thompson, Georgia, and I knew immediately that I wanted to be the rider that jumped through those red and white boundary flags going mach 50. My decision to pursue the sport of eventing was set in stone from that day forward.

I consistently competed as an eventer for seven years making my way through the levels. I had high expectations for myself, which included qualifying for NAJYRC (what was then known as the Adequan/FEI North American Junior & Young Rider Championships) by 18. My biggest life goals, however, were to qualify for the Land Rover Kentucky Three-Day Event and Burghley Horse Trials one day …  untouchable daydreams for most of us eventers to say the least. I decided to go all in — I gave up varsity volleyball and my other activities in high school without a second thought and transitioned to online school my junior year. I drove an hour every day to Aiken/Wagener, South Carolina, to work and to train because this was it; this was going to be the rest of my life.

But then, it wasn’t.

I competed and owned three difficult, yet extremely talented horses during my short eventing career. The main quirk to this sport is that it is close to impossible to find an affordable horse that is keen to do each phase: dressage, cross country and show jumping. If you do find this horse, the money you have to spend for the animal is astronomical — and let’s not forget the checks written for numerous injections and supplements as the horse advances through the levels. My father, bless him, supported me financially throughout the years without a second thought. I’ll admit, I was one of the lucky ones, but it still wasn’t enough.

One by one, I realized that my horses did not want to be eventers. This included a Thoroughbred mare that I trained myself from off the track to Training level and an Oldenburg gelding who refused to build a partnership with me. My last resort was a snarly, upper-level horse whose show name caught most people’s attention: Domestic Dispute (“Brian”). He burnt a hole through our pockets, but I was beyond thankful to have the ability to finally learn from a schoolmaster. I found comedy in his grumpy expressions after I’d steal a kiss from his muzzle, and I swear he grew to like me. Brian was going to be the horse to take me to NAJYRC — the first major step towards accomplishing my dreams. We made it together to the Preliminary level, but the man above favors character development. This horse dumped me numerous times — I mean, numerous times. I swore it was 100% my fault, but the sad reality was that Brian was overly used and his body couldn’t handle upper-level eventing anymore.

Everything for me changed after we shared an intense tumble at Poplar Place in the pouring rain on cross country. For the first time, I asked myself if the chance of dying or becoming seriously injured was really worth achieving the goals that I had set for myself at such a young age. It took me a few more months of questioning and mouthfuls of dirt to come up with my answer. Brian was sold to a loving, lower-level rider who absolutely adored him. He unfortunately passed away a couple of years later.

I soon found myself horseless and not a part of the eventing world anymore. I lost my anchor, my meaning, and I felt completely numb during my second semester of college. That is when a gentleman gray gelding walked through the barn and brought some semblance of peace back into my life. West of the Moon (“Cosmo”) reminded me what it was like to jump through those red and white boundary flags a few more times. Our last event was in 2017. Cosmo is currently a happy 19-year-old participating in some occasional dressage work. I can say for certain that he is my heart horse and I am so grateful that he found me.

Leaving the eventing world behind and moving forward with my life has been a difficult task, but certainly not impossible. I earned my Bachelor’s degree in Exercise and Sports Science in 2019 and became a medical assistant after graduation. I am currently finishing Surgical Technology school and cannot wait to see what my future holds in the medical field.

I have learned through these trials and tribulations that eventing never defined who I am, but my love for horses will always be a huge part of me.

I would like to conclude with three very important themes:

1. Your dreams are never too big.
2. Dreams may change, but that does not mean you gave up.
3. Put your faith in God and He will guide you to exactly where you need to be.

I hope you accomplish happiness in everything that you do. Thank you for reading.