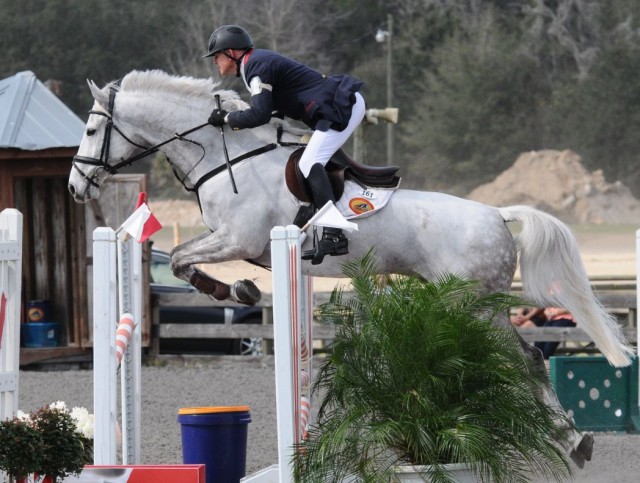 Ocala saw beautiful weather for the Ocala Horse Properties January Horse Trials, the first event of 2014, and Leslie Law hailed the event a huge success. As Leslie wisely observes, most people don’t have super high expectations for the first event of the year, but the Equiventures team really pulled out all the stops and put on a top-notch horse trials.

January 11, 2014 … and with it came day one of the ﬁrst events of the USEA calendar: the Ocala Horse Properties January Horse Trials. Hosted by Equiventures LLC and situated at the increasingly popular Ocala Horse Park, one has to say, for a January event, you could not have wanted for more.

Usually this is notoriously a cold event; however, Peter and Jon of Equiventures must have worked extra hard to ensure the 80-degree weather and sunshine for most of the day. The afternoon brought with it very heavy winds, and I was wishing for a kite, but that did not stop the show! The organizers whipped out stakes, and within seconds the entire beautifully designed show jump course had been staked down and away they went.

Most people would in some ways dismiss the ﬁrst event of the year, or a January event, as not that important. However, the team at the horse park and Equiventures went all out to provide the same service that one would expect of an event later on in the calendar. Marc Donavon is always top rate in the show jump arena, and Jay Hambly has designed a cross country course that appears spot on for the time of year. Amazingly, they were able to have the dressage on the beautiful polo ﬁelds, so talk about great footing!

The Preliminary and Intermediate cross-country courses rode fabulously on Sunday, which could not have been a more perfect day — sunny and perfect footing following heavy overnight rains. Apparently entries were up by roughly 70, so that is exciting news for our sport; thanks to those who make it all possible. 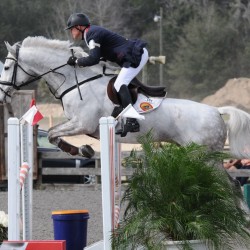 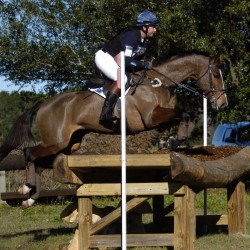 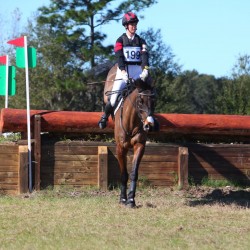 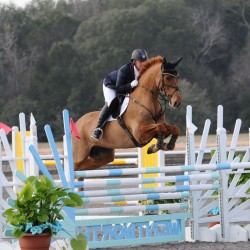 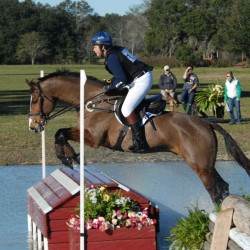 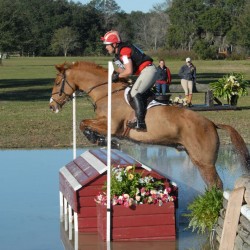