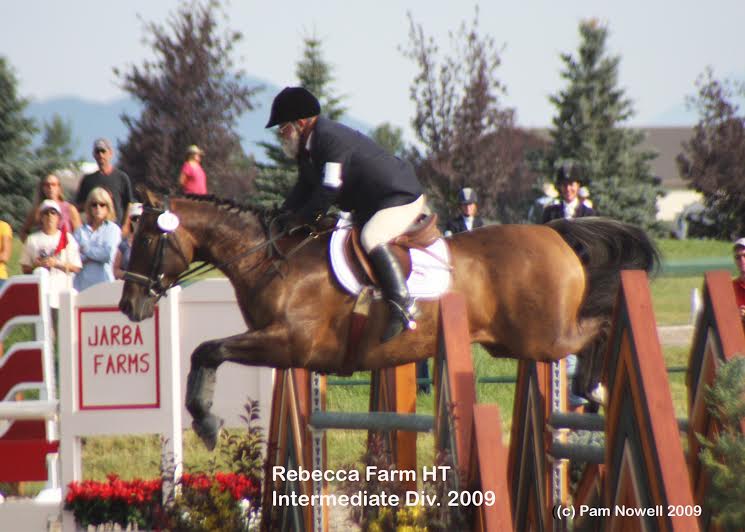 It is with heavy hearts that we announce the loss of a great man in the Eventing community, Don Gerlach. Don passed away suddenly in his home last week of natural causes, and behind him left an enormous hole in our hearts and our lives. Don was an active member of the Area IX Eventers, known for organizing competitions and designing the cross country course at Powder Basin Horse Trials, as well as a fierce competitor in his own right, with results through Intermediate with his own Hale Bop.

Don was one of the best known members of the Area IX community, and they just lost their hardest worker, organizer, and friend. Teresa Craig, a member of the Powder Basin Equestrian Center, was nice enough to write this tribute to Don.

Don loved to teach anyone anything he knew, especially riding and skiing. Family reunions were spent skiing at Tahoe, Jackson Hole, Steamboat and the Big Horns, tropical cruises, Hawaii, and trail riding in the Big Horns trying to find Bomber Mountain. His faithful dog, Walker, was always by his side.

Don has been a very supportive member of the Campbell County Horse 4-H Program  in Gillette for 21 years. He was always there to coach a kid, build a trail pattern, or whatever was needed at the moment. His tireless work and devotion will be sorely missed by all the youth and adults in the Program. He gave selflessly and never asked for a thing in return. He kept the 4-H Horse equipment trailer cleaned and stocked and would always move it to the venue it would be needed at next. For the past several years he took it upon himself to set up the Trail and the Programmed Ride at all of the Progress Shows and County Fair.

Many will have fond remembrances of Don; toothpick securely clamped in his mouth with his horses Baby and Paris, entertaining the crowds at the Stock Show in Denver, the summer fans at the Colorado Horse Park, in Estes Park, and the hometown fans in Wyoming. He was know as the “Jumper Ambassador” at the NWSS because he was kind and engaging to everyone from the pre-schoolers strolling through the stall aisles, his fellow competitors and to the crowd in the stands. He was the beacon of the person who showed with the clear joy of being with his horses. Don was a wonderful and unique individual who was always ready to help others. Small in stature, he was larger than life–always there with a laugh or hug when you needed it. He volunteered the majority of the manual labor, construction, and heavy equipment responsible for creating and maintaining the Powder Basin Equestrian Equestrian Park at CAM-PLEX which was his second home which he was very proud of it. He rescued friends (and strangers) in any situation; he was a thoughtful and caring friend. 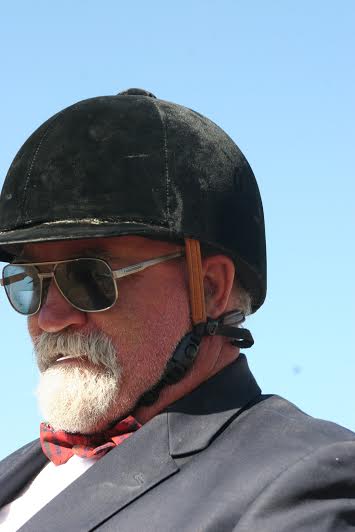 Don and his trademark toothpick. Photo by Teresa Craig.

Don has been an active member and organizer of the Powder Basin Equestrian Association in Gillette and an avid competitor in Eventing and Hunter/Jumper competitions in Wyoming and surrounding states. Everyone knew him at these horse shows for his unique style and helpful and positive attitude.

Funeral services for Don will be on Wednesday, Jan. 15 at 6:00pm at Gillette Memorial Chapel In lieu of flowers, donations may be made to the Don Gerlach Memorial Fund to perpetuate and maintain the Equestrian Park or the Campbell County 4-H Horse Program. Checks may be sent to PBEA, Teresa Craig, 3200 Fitch Dr. Gillette, WY  82718