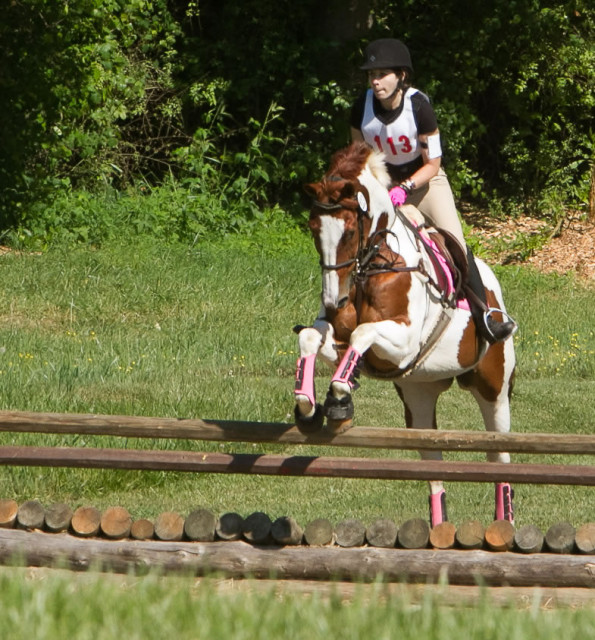 Adult amateur event blogger Ainsley Jacobs has been chronicling how she finds the takeaway lesson from the good, the bad and the ugly in her equestrian experience. Her horse JJ has been rehabbing from a ligament injury for a few months, so during his layoff time Ainsley is revisiting earlier lessons in her experience. Today’s story is from May of 2015.

I’d heard a lot of great things about Oxer Farm’s combined test and three-phase shows, so when our schedule worked out that we could go to one, I was really excited.

We drove up the morning of, and got started bright and early. We scored a second 40 in a row for dressage, this time on Beginner Novice B.

Cross country was before stadium this time, and I was having flashbacks to the disaster that was our first recognized event because just like that day, we hadn’t schooled this course the night before. I tried to ride confidently, I tried to ride assertively, but apparently I did not do my job well enough.

The first few jumps were placed along the edge of the woods parallel to the tree line, and JJ didn’t believe me when I tried to convince him that there were no scary monsters hiding inside waiting to eat him alive. As a result, we had a LOT of stops. Well, three to be exact. But that was enough to knock us out of the running for the day. We finished the course, but I did not do my job with giving him enough pace so that stopping wouldn’t (really) be an option. If I had kept my leg on, my shoulders back, and my eyes up, maybe things would have ended up differently…

The nice folks at Oxer Farm let us school our stadium jump round after the cross country failure, and of course, stadium was so easy that it made up for the struggles we had earlier on. Oh, well … at least we ended the day on a positive note!

If you want to get over the jump, you need to actually have enough pace to jump it. Also, the woods are scary. 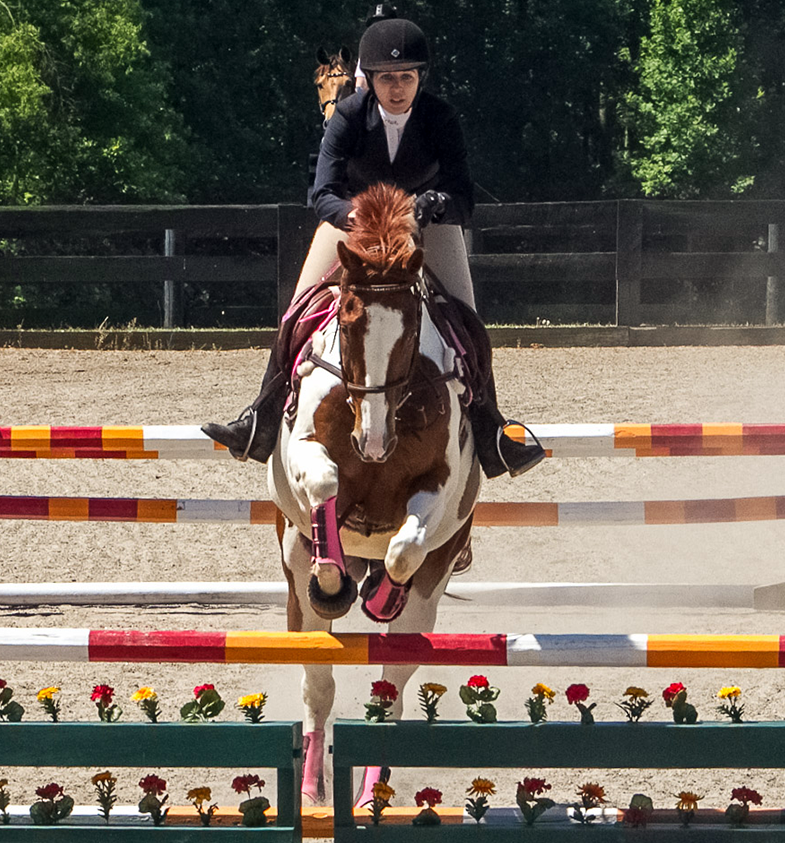 We were able to salvage the day and end on a positive note. Photo by Oxer Farm.