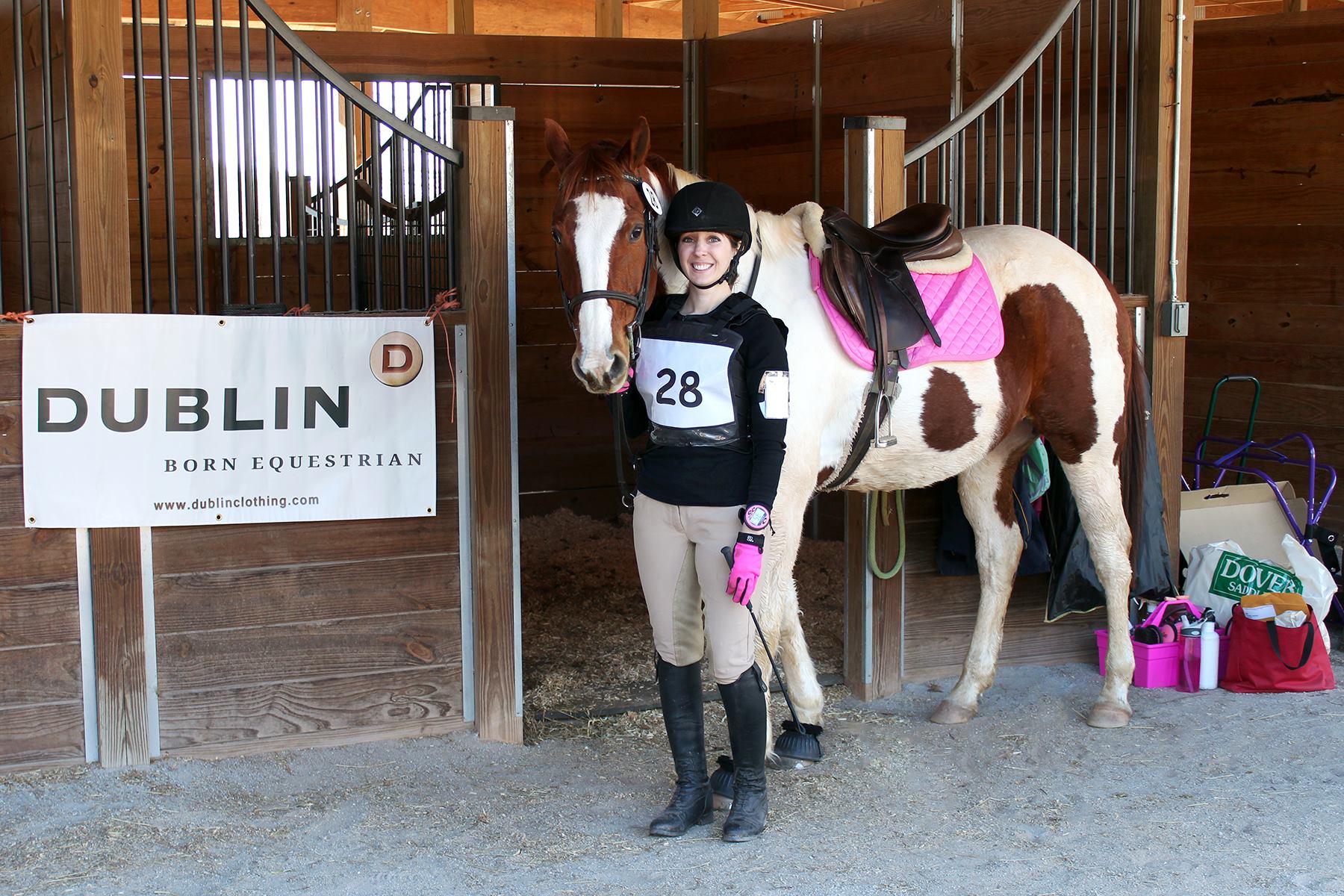 We’re starting to look like we know what we’re doing! Photo by Erik Jacobs/P.TEN Marketing

Coming off our last event with having completed all three phases successfully, I was excited about trying again to see if we had simply gotten lucky or if we were starting to get the hang of things.

We headed back to Chatt Hills for another 3-phease schooling show. JJ and I had have now had a few months together as a team, and we were starting to figure things out! After we schooled our cross country course on Friday night, we popped over a few stadium jumps for fun. I still have no clue what I was thinking, but my trainer told me to take the warm-up vertical and I pointed JJ at the oxer… I totally derped, and as a result, so did he. We crashed through it, and I was so incredibly embarrassed, but thankfully neither of us were hurt.

The next morning I was still a little shaken up from the jumping fiasco the night before, but I decided to put it out of my head. I told myself it was a new day, a clean slate, and JJ and I were going to have a fresh start. Armed with that positive attitude, I tacked up and got on.

Dressage was a little rough, but once again, it wasn’t my primary focus so I just rode what I got and tried to make it as “not bad” as possible. We finished up with a 40.53 score on Beginner Novice Test A.

I was a little worried about stadium after having screwed up so royally the night before, but much to my surprise, it was uneventful. JJ carried me around like a boss and went double clear yet again.

I’ll admit, I still had nerves about cross country as we walked down to the starting box, but I was learning to trust JJ, and to trust myself. Once we got started, things went well, and I found myself actually having fun again. We had several perfect jumps, including an up bank to a stack of logs combo that proved difficult for a lot of other riders. We flew over every jump without a struggle, breezed through the (chilly) water complex, and completed our course!

As we crossed the finish line, I couldn’t stop smiling because we had finished two three-phase events in a row. It didn’t matter what color the ribbon was, I was just happy that I didn’t fall off and die! 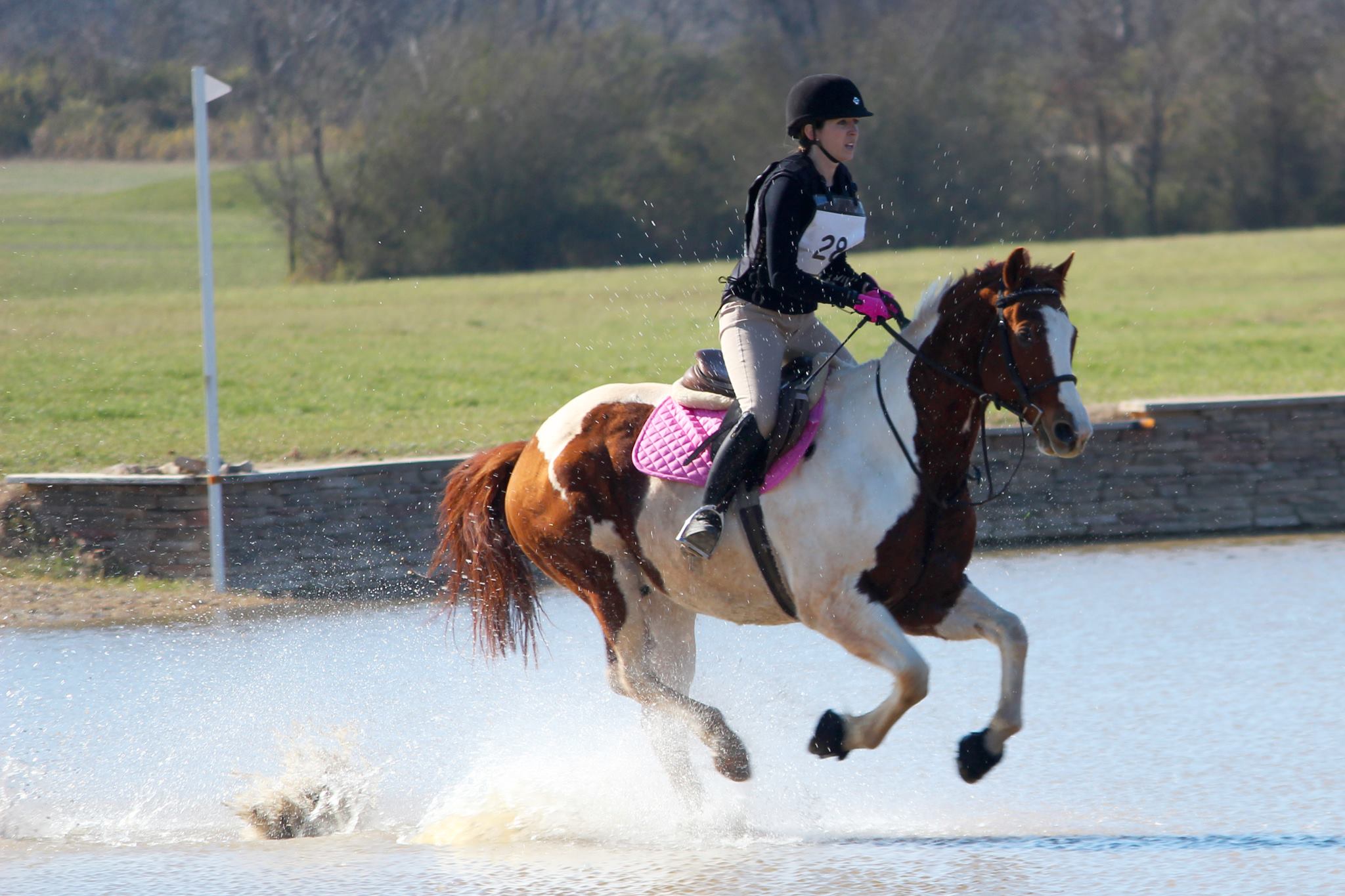 JJ deciding whether or not to be annoyed by the fact that the water was chilly. Photo by Erik Jacobs/P.TEN Marketing

Eventing is a team sport, and your horse is your partner on your team. Trusting your horse to do his job, and allowing him to trust you to do yours, will help make it easier and more fun for you both.