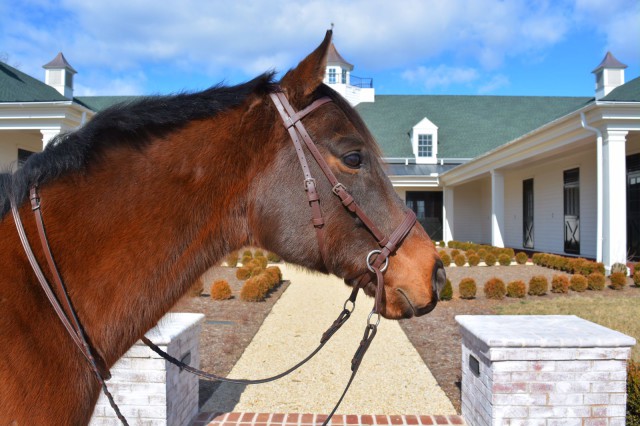 Should bitless bridles (like the Dr. Cooks pictured here) be allowed in dressage? Photo by Kate Samuels.

A dressage rider in Britain is calling for a rule change to allow bitless bridles in dressage competitions run under British Dressage (BD) rules. The rider, Tam Russell, started her horse without a bit and has continued to ride him that way ever since. She feels that BD should review its policies to “reflect current times” and for the “sake of horse welfare.”

“Surely a bitless horse is no threat to a bitted horse when competing against each other? And if it is? Even more reason to address archaic attitudes in the equine world,” Tam said.

Paul Graham of BD responded, stating that bitless bridles have been discussed before but that the board chooses to remain in accordance with FEI rules. He also pointed out that Russell can seek to ride with a bitless bridle in unaffiliated competitions that do not run under BD rules.

“It is important that we have a level playing field for all competitors and this includes the tack and equipment permitted,” Paul said.

Read the full story over on Horse and Hound. 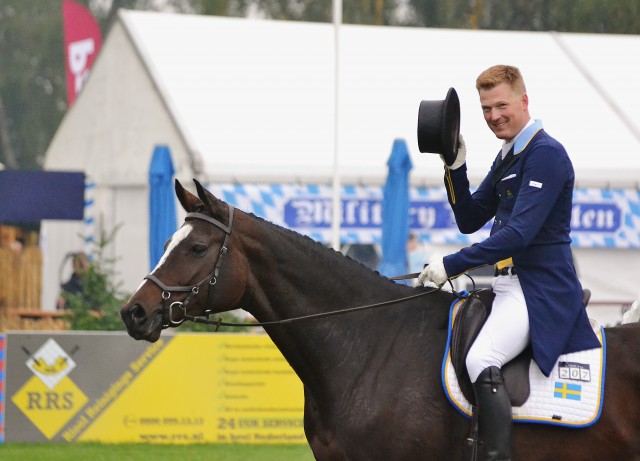 Niklas Lindbäck and Cendrillon at Boekelo. Cendrillon is wearing a Micklem bridle. Photo by Jenni Autry.

In eventing competitions run under USEF rules, a bridle is compulsory in all phases, but hackamores may be used for cross country and show jumping (See EV115). For dressage specifically, the rules state that you must use a “permitted bridle.”

While a bitless bridle is not included on the list of permitted bridles in dressage, there are quite a few “alternative style” bridles pictured under Appendix 4: Eventing – Permitted Saddlery for Dressage, including the Micklem, Freedom Stübben, Stotztem, and Sweden High Jump and Jump Off.

What do you think, EN? Should bitless bridles be allowed in dressage? Do you ride in a bitless bridle (or no bridle at all) at home and in unrecognized competitions? Discuss in the comments!

[Rider calls for bitless bridles to be allowed in dressage]