The organizers of the Roebke’s Run Horse Trials, held June 5-7 in Hector, Minnesota, took a huge step forward in once again putting on a great show that saw about 155 participants from throughout the U.S. and some abroad taking part on a well-groomed, dynamic course.

Riders participated in the three-day event for a CIC/CCI entry fee of $310 that for many this year introduced them to one of the premier courses in the United States. Here’s what some of them had to say. 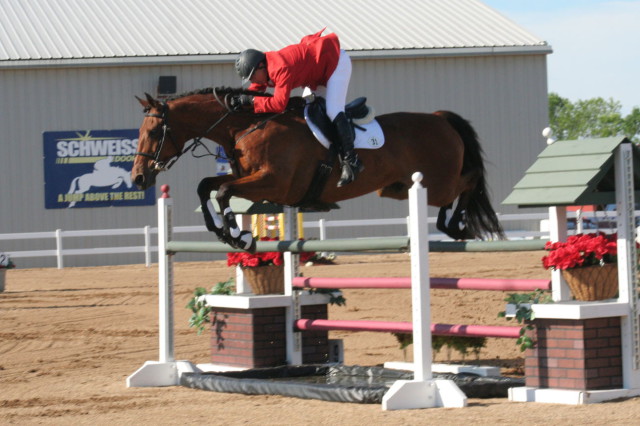 The most experienced rider at Roebke’s Run this year was Ronald Zabala-Goetschel of Ecuador in South America. His list of accomplishments can fill a page, but most notable was his participation in the 2012 London Olympics. He arrived here with a goal to qualify for Ecuador’s Pan American Games team, which he easily did.

Reflecting on his Olympics, he said, “My Olympic moment was arriving at the stadium, where everyone is the same; no nation is better than the other one. It was the best moment of my life.” His next stop will be to compete in the Pan Am Games in Toronto, Canada.

Ronald was impressed with Roebke’s Run course. He said he enjoys all venues and said the course layout designed by Capt. Mark Phillips is a very technical course. His weekend ended on a sad note as Wise Espartaco, “Manny,” collapsed and died after he jumped clear on the Saturday cross-country run.

The 12-year-old gelding was a consistent competitor at the Preliminary and one-star level and stepped up to the Intermediate this year. A necropsy will be conducted by the University of Minnesota to determine cause of death, and Manny’s cremated remains will be sent to Ronald’s farm in Pennsylvania, where he will be buried. 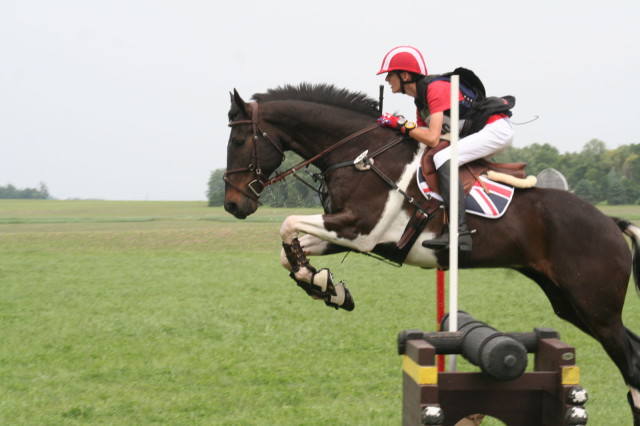 Nick Staples and Bound By Blood. Photo by Pat Schmidt.

One of the younger riders to compete at the CCI1* level was Nick Staples, 15, from Wichita, Kansas, on his 13-year-old Percheron cross gelding Bound by Blood. His primary reason for competing at Roebke’s Run was to make a clear round on the cross-country leg in order to qualify for Young Riders.

“The cross county course here is gallopy and has some tough lines with difficult questions. I love it,” Nick said. “My horse is a careful but big jumper; he’s fast, strong and mean. Nick, now in his fifth year of competing, was accompanied to Roebke’s Run by his father, John, a 1988 Olympian alternate who is also his full-time coach.

His goals for the future are to reach the four-star level in five years, ride at the Rolex Kentucky Three-Day Event and coach other eventers. 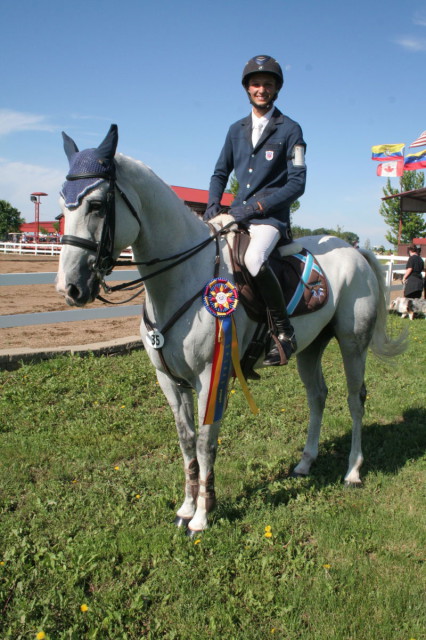 Jacob Fletcher and Fly Away Ferro. Photo by Pat Schmidt.

At age 21, Jacob Fletcher of Arkansas is already a very seasoned rider who takes his sport seriously and has competed throughout Europe. He brought three horses to the competition at Roebke’s Run: Atlantic Domino, Fly Away Ferro and Van Gough.

Fletcher competed in the CCI2* division on Fly Away Ferro, an eight-year-old who was doing Training level just a year ago and came home with a blue ribbon to top all other competitors in his class. After the first day of dressage competition, two of his horses were number one on the leader board.

Fletcher spent 10 months this past year riding and training in England under the tutorship of Kevin McNab. He’s been competing at the FEI levels since 2009.

“Competition there (England) is quite different; there’s no stabling and all three phases are held in one day. You need a real good Thoroughbred horse with good stamina,” said Fletcher. “I came here this year because it was a good time on the calendar, the climate is fantastic and Roebke’s Run has pretty much the best footing in the country. The footing here is very much like Europe.

“The Capt. Mark Phillips course is very comparable to Red Hills. The cross-country course is twisty through the woods and walked easier than it rode. It’s tough enough. The Schweiss family here at Roebke’s Run have been unbelievably accommodating.”

Fletcher has decided to stay at Schweiss Stables for the upcoming July Roebke’s Run Horse Trials that will be a precursor to him competing at Rebecca Farm Horse Trials in July. 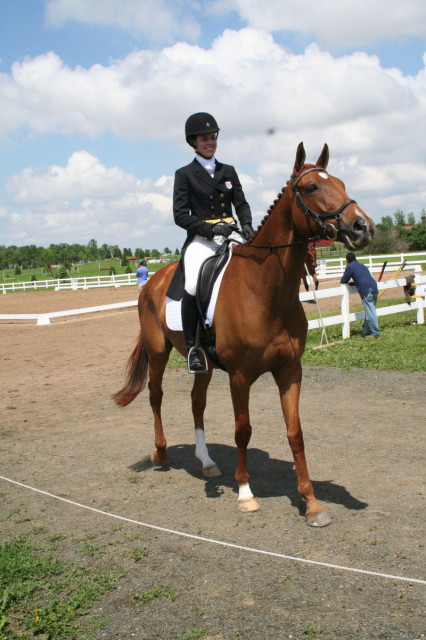 Elizabeth Crowder, 23, hails from Oklahoma. Between event competitions she is starting her last year in pharmacy school in Arkansas. Crowder was using Roebke’s Run as a qualifier for a two-star on her 8-year-old chestnut Thoroughbred, Red Poll. She began the weekend with a top start in dressage. Red Poll was a retired racetrack horse she has been training for the past three years.

“The dressage ring here is very good. I thought the cross-country one-star course starts very open and was beautiful with one of the better looking water jumps around,” Elizabeth said. “I wanted to come here ever since I heard about it a few years ago; it’s a lovely venue. I’ll be leaving my horse here until the next competition in July.” 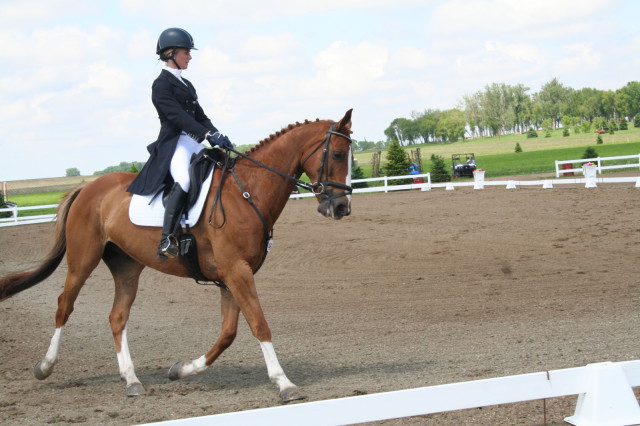 Mary Peabody Camp is an 18-year-old rider who came up to Minnesota from Crestwood, Kentucky, with her horse Rivertown Lad. She met her goal to qualify for Young Riders and took home a first place in the CCI* division.

“Winning first place was icing on the cake. My coach is very talented in dressage. I think the course here is beautiful and kept up extremely well,” Mary said. “We’ve been talking about how we were impressed the entire weekend and have made friends with Elizabeth Crowder and Jacob Fletcher, who helped me out a lot. Coming for the one-star and winning should help my chances of being selected to the Young Riders team.”