NAJYRC is just around the corner, and the team announcements continue to come in anticipation of the event, to be held July 14-19. Area III is the defending CH-Y** team and are sending a solid group of riders to contest both the CCI1* and CCI2*. Coaches Julie Richards and Leslie Law will be helping prepare their teams at training camp this summer. 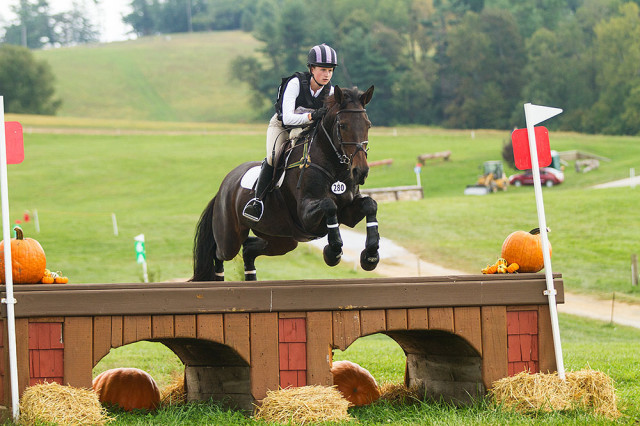 Adrian Jones has been named as a rider for both teams, although she will only be representing Area III on one at the end of the day. Adrian is an accomplished one- and two-star rider, and has both Irish Odyssey (CCI2*) and Magnificent Toy (CCI1*) qualified.

Both owned by Laura Jones, Irish Odyssey is a 16-year-old Irish Sport Horse mare and Magnificent Toy is a 9-year-old Thoroughbred gelding.

Adrian and Irish Odyssey represented Area III at NAJYRC in 2014, finishing 11th overall in the CH-Y**. She most recently placed second in the CCI2* at Jersey Fresh with Irish Odyssey and 10th in the CCI1* at Ocala with Magnificent Toy.

Do you know which horse you will end up taking to NAJYRC? Both horses are fantastic and ready to go! While this is great, it also makes the decision of who to take more difficult. As of now, I am planning on taking whichever horse the team coach would like me to take. 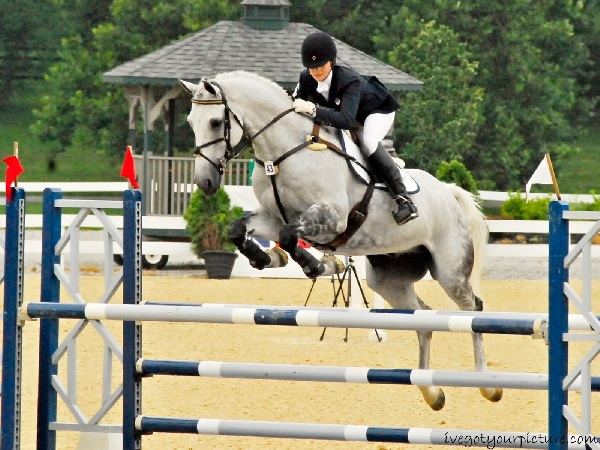 This will be Nicole Doolittle’s fourth appearance at NAJYRC and her second in the CH-Y**. Lexington has treated Nicole well — she won individual gold in the CH-J* in 2013 and finished 10th individually on the gold medal team in 2014.

This is your fourth trip to NAJYRC — what is your plan of attack for 2015? This year I plan on entering the competition as both a fitter horse and rider. We’ve really worked on our fitness and hopefully that will help us throughout the competition this year! I would love to have three good, consistent phases, in hopes for an individual medal. 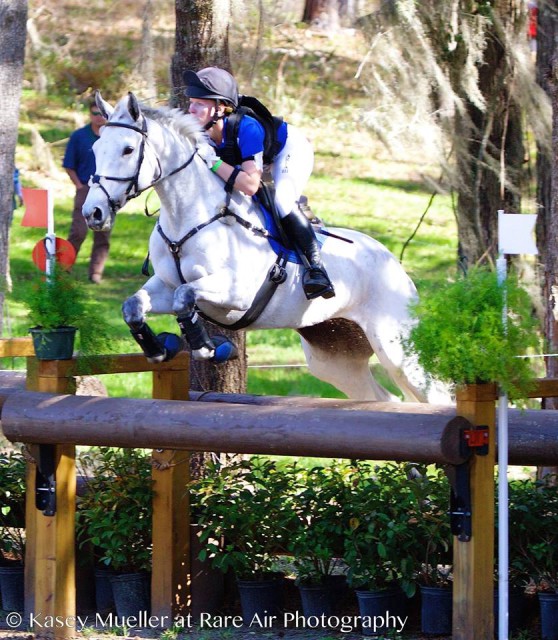 Also making her return to Lexington and stepping up to the two-star team is Diane Portwood and her own Cinerescent, a 12-year-old Thoroughbred mare. Diane and Cinerescent were 14th in the CH-J* in 2013 and most recently completed the CCI2* at Ocala.

This pair has had a solid year of Intermediate and two-star competition and should be ready to make a splash at NAJYRC this summer.

How are you looking to build on your experiences from 2013 this year? The 2013 NAJYRC was a great experience, but I do regret not getting to know my teammates more than I did. A huge part of what makes the NAJYRC so special is the bond that is formed between teammates. This is something most of us have never gotten the chance to experience, and I hope that I’ll be able to build a more of a comradery within the Area III team. I’m also hoping that I won’t have as much of an issue with show ring nerves now that I have quite a few bigger shows under my belt. 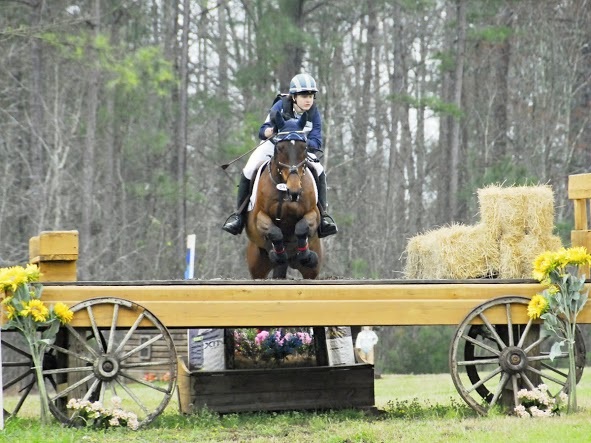 Calvin Ramsay is another NAJYRC veteran, having competed with Flintstar in the Y-** in 2014 and with Hoodwink the CH-J* in 2013, who has had great success in Kentucky. Placing second individually in 2014 and fourth in 2013, Calvin is returning with Hoodwink in 2015.

Calvin is ready to bring his A game this year on a horse on which he’s had consistent results. This pair has campaigned at the Intermediate and two-star level since the winter of 2014, so expect them to show everyone how it’s done at NAJYRC.

Since this is your third time returning to NAJYRC and you’ve historically done quite well, are you feeling more pressure than you might otherwise? I feel excited by I try to avoid getting nervous. It keeps my mind off the possible problems that could happen to me and that helps me focus on actually riding. 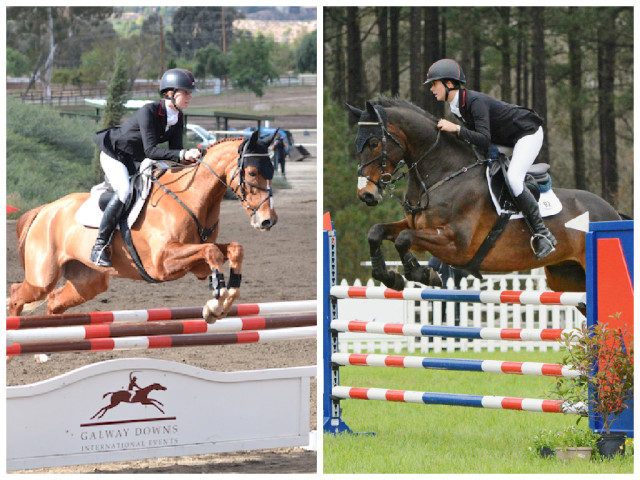 Caroline Martin is another with a dual threat this year. She’s got two horses qualified for the CH-Y** team, and it will be exciting to see which is selected to start the team.

Spring Easy is an 8-year-old Irish Sport Horse owned by Sherrie and Caroline Martin. He placed third in his CCI2* debut at Galway Downs last year and has since stepped up to complete an Advanced and a CIC3* in 2015.

Effervescent is another 8-year-old Irish Sport Horse also owned by Sherrie and Caroline. The gelding made his CCI2* debut this year at Ocala, where he placed 23rd. Caroline has said that she believes Effervescent may do better in the dressage at NAJYRC, but that Spring Easy is the more experienced of the pair.

Caroline will wait until training camp to determine which horse will be selected as her first choice. This will be Caroline’s third trip to NAJYRC — she won individual gold here in 2013 aboard Quantum Solace.

What is the the biggest part of being a member of the Area III team? The team is all about a group effort and not just yourself. I really want to help everyone else in the sense of supporting them. It will be really great to have all of the kids from different areas together. 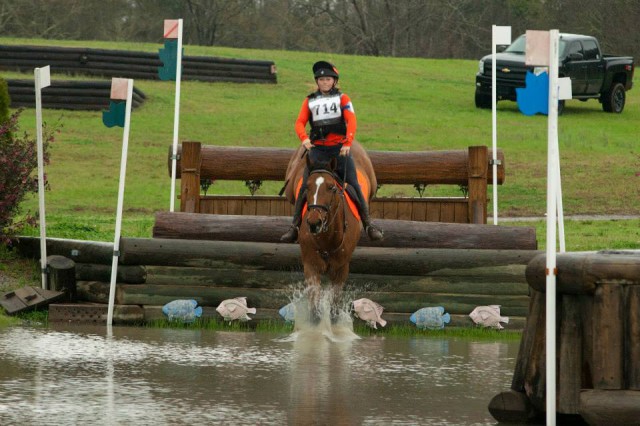 Competing at her first NAJYRC is Mikensey Johansen and her 7-year-old OTTB, Exterminator. Miksensey and her family purchased “Moe” as a 3-year-old, and he was trained by Werner Geven.

Mikensey took over the ride in 2014, competing at Novice and Training level before stepping up to win their Prelim debut in 2015. This pair has one CIC1* and one CCI1* under their belt and are looking forward to representing Area III for the first time. 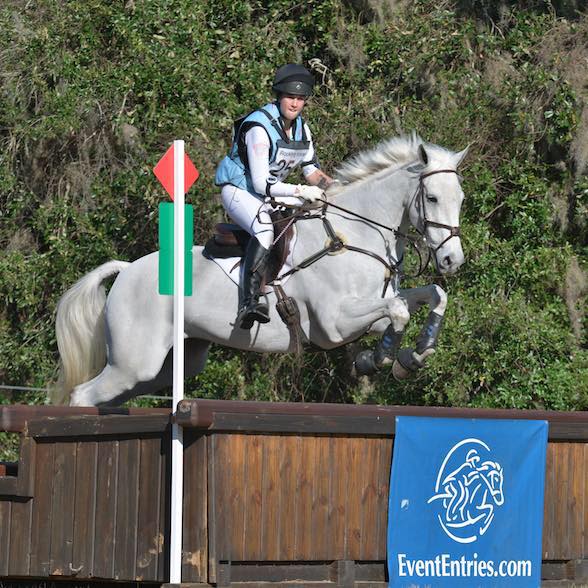 Parker Miller and her own 13-year-old Argentinian Thoroughbred, Jos Baco, were also named to the CH-J* team for Area III. She and Jos Baco have come up the levels together, steadily working their way up before stepping up to Prelim this year.

Parker and Jos Baco were most recently 10th in the Prelim championships for Area III at Poplar Place. They also completed the CCI1* at Ocala earlier this year. 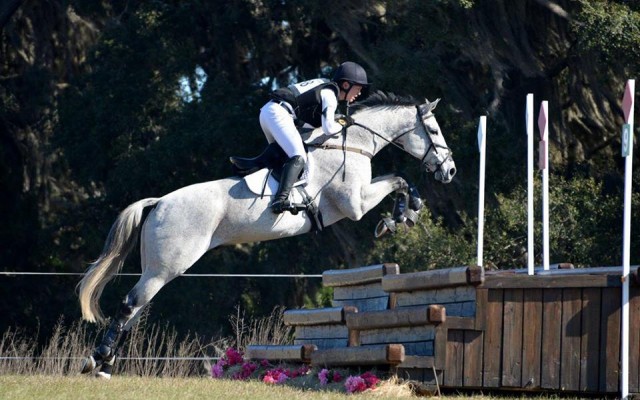 Briggs Surratt is also making his return to Kentucky this year representing Area III. You may remember Briggs from a great piece his father, Andy, wrote about him last year.

Briggs and his 14-year-old Thoroughbred gelding, Hat Trick, were unfortunately eliminated at NAJYRC last year, but they’ll be bring a whole year’s worth of experience with them in their re-attempt in 2015.

This pair recently stepped up to the Intermediate/two-star level and completed the CIC2* at Red Hills earlier this year.

Congratulations to all Area III team members! Remember, if you or anyone you know is interested in guest blogging from Lexington, please email [email protected].