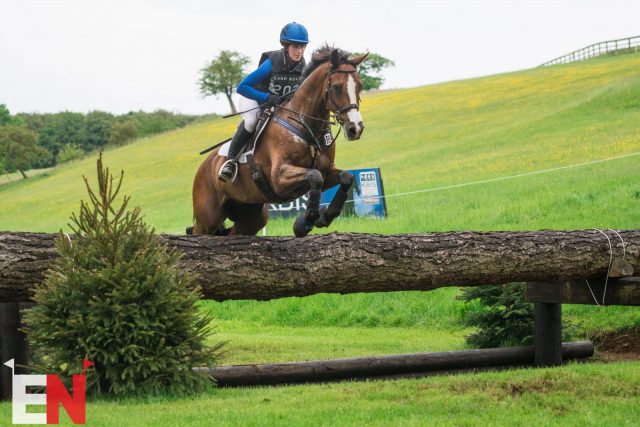 If you look closely at a program that consistently produces good horses and competitive results, certain core elements of that program stand out. In order to reach success in any sport, athletes must commit themselves as students of their craft, ever in pursuit of improvement. Taking a study from programs which an athlete wants to emulate in their own professional career is one such way to improve one’s craft through study and practice.

Lexi Scovil is one such lifelong student of her sport. A bright, curious mind and a passion for empathetic, correct riding has led her on a tour of some of the most successful programs in the eventing world — and in the midst of all the lessons learned, she’s creating her own core riding philosophy.

Throughout a riding career that includes four consecutive trips to the FEI North American Junior and Young Rider Championships (now known as the FEI North American Youth Championships) for talented young eventers, a liberal arts degree that allowed her to expand her worldview, and now a trip overseas to work in the United Kingdom, Lexi, 28, has carried the same attitude: learn as much as you can, from as many people as you can.

Now, she’s had the opportunity to immerse herself in three strong programs: those of Jon Holling, Leslie Law, and, most recently, William Fox-Pitt. It’s this education that is pouring in a strong foundation for her own professional career, a skill set she says she feels more confident in with each passing day. 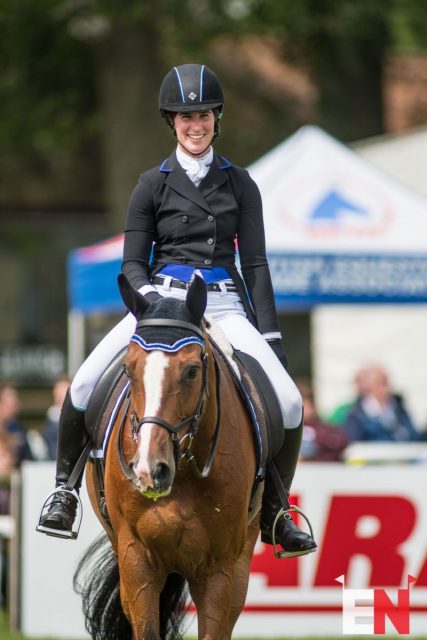 I asked Lexi what her primary takeaways that she would fold into her own business were. She talked at length about several of the key lessons she’s learned through her educational experience.

Don’t drill so much. Lexi says one of the most beneficial parts of her time in England has been the sheer amount of time spent outside of the arena. The difference in the horses, she explains, is noticeable. “You don’t always have to drill and drill,” she said. “That’s another thing with (Jon Holling and Leslie Law’s programs), is they aren’t doing a ton of jumping or drilling dressage. They want the horses to enjoy the work, so often not having a strict plan for a ride has a lot of benefits.”

Be more businesslike. “I’ve learned to be much more businesslike with my riding,” Lexi explained. “Yes, things like physio and therapy are helpful, but at the end of the day the horse does need to buckle down and do the job.” Lexi says that basic horsemanship, free of gadgets and trends, is a recurring theme at Fox Pitt Eventing. “You have to keep the emotions out of it, be straightforward, and have an obvious training plan, not go with the ‘switch this out’, chase the gadgets type of mentality.”

Always have a plan. If you’ve ever had the opportunity to ride with William or audit a clinic, you’ve likely noticed that he doesn’t say a lot. Rather than dictate every step of a ride, William expects riders to have their own plan. “You need to make your own decisions,” Lexi explained. “William is a big believer in knowing your horse and knowing your riding. And you need to have confidence in your plan; this has really been a building block for my own business.”

When in doubt, go back to basics. For many riders, one silver lining of the lockdown imposed by the global coronavirus outbreak was ample time for fine tuning details. The “back to basics” mentality is one always emphasized by William, but now the riders had even more time to work on their individual horses. Lexi says she’s seen these payoffs in a big way with her advanced horse, Chico’s Man VCF Z. “‘Sprout’ has really become a rideable, enjoyable horse on the flat, which wasn’t something I could say before,” Lexi said. “It’s very much been about going back to the basics rather than drilling the movements over and over.”

Indeed, patience and reinforcing the basics have helped Lexi and “Sprout” solidify their partnership. Purchased as a 6 year old, the now-10-year-old Zangersheide gelding has taught Lexi the true meaning of partnership with a horse. “He’s really taught me about bold riding,” she said. “The braver you are, the better it worked out. And once I started believing in him, he was like a different horse. Now I can say I feel confident at the (Advanced) level, not just getting by.”

All of these nuggets of knowledge have become the cornerstones on which Lexi is building her own training philosophy. While she says she felt “tentative” about starting out on her own before heading to England, she now feels more prepared, more confident in her abilities. 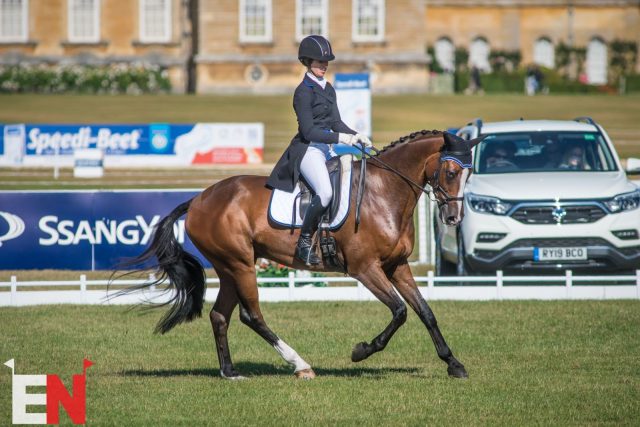 As she looks ahead to her impending return to the U.S., Lexi says she’s ready to hit the ground running, ticking off more goals with Sprout and hopefully taking on some clients of her own who want to be immersed in the process of producing elite event horses. For her, it’s about the continuing education and the pursuit of improvement – a process she’ll always enjoy.

“It isn’t about winning all the time,” she said. “It’s about producing the horses in the best way. It’s amazing how much my horse’s and my own confidence has grown since I’ve been in William’s program. Where I felt I wasn’t ready to go out on my own before, now that’s becoming a much stronger reality.”