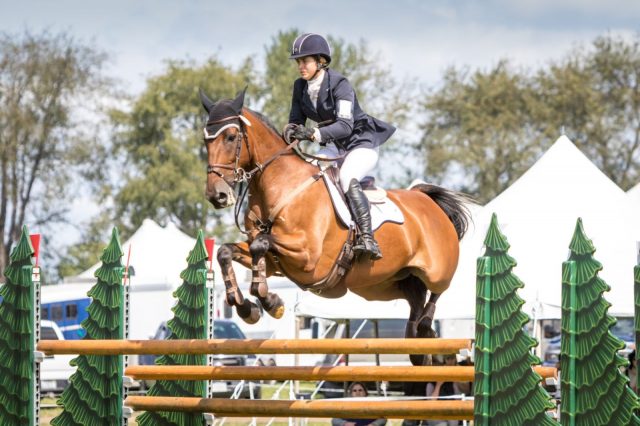 While the CIC3* division got a day off, the CIC2* and CIC* riders took to the show jumping arena today at the Richland Park Horse Trials in Kalamazoo, Mich. Marc Donovan’s show jumping course is built on a grassy, slightly sloping area which increases the necessity of horses and riders to be balanced and careful.

Lindsay Beer, of Canada, and her 10-year-old Irish Sport Horse Kennystown Frankie were third after yesterday’s dressage test with a score of 43.3. Lindsay was over the moon after today’s show jumping round and rightly so: they earned their first clear in FEI competition and took the lead in a large division of 58 horses.

“I couldn’t be any prouder of Frankie after dressage and stadium,” Lindsay said. “In the dressage he was so obedient and rideable, I was really able to push for the marks and show him off. Today in stadium he tried his heart out! He is a quick and careful jumper which I really appreciated when I made a rider error coming down to the last fence!”

With eyes on Plantation Field CIC2* and a season finale at Fair Hill CCI2*, Lindsay is looking forward to striking out on Ian Stark’s cross country track tomorrow.

“The cross country looks beautiful! There are certainly some questions out on course. I think the time will be tough for Frankie and I to make, but we are going to give it our best shot.” 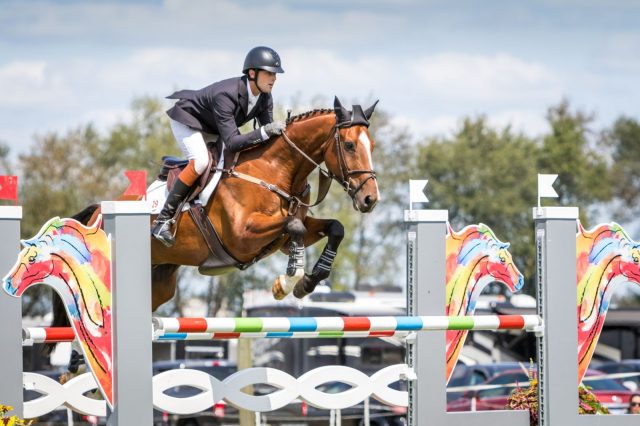 Will Coleman and Off The Record. Photo by RedBayStock.com.

In second place after the first two phases is Will Coleman and the 8-year-old Irish Sport Horse Off the Record, owned by the Off the Record Syndicate. This pair finished second in the Bromont CCI2* this summer. They improved their dressage score by three points, earning a 43.9, and show jumped fault free.

Jenny Caras and Fernhill Full Throttle, an 8-year-old Irish Sport Horse, are enjoying a successful first season at the two-star level. They have completed two CICs this year with only cross country time penalties to add, but at Richland Park they improved upon their most recent FEI dressage score by nearly 10 full points. They continued their double clear show jumping streak to move up from seventh after dressage to third on 45.0.

Megan Lynn and the Elevate Event Team’s 9-year-old Danish Warmblood The Natural E were the leaders after dressage on 41.6 but a single rail dropped them to fourth place. Jessica Phoenix and the Bentley’s Best Group’s 10-year-old Trakehner Bentley’s Best were eighth after the first phase on 45.9 but a fault-free show jumping round moved them into fifth. 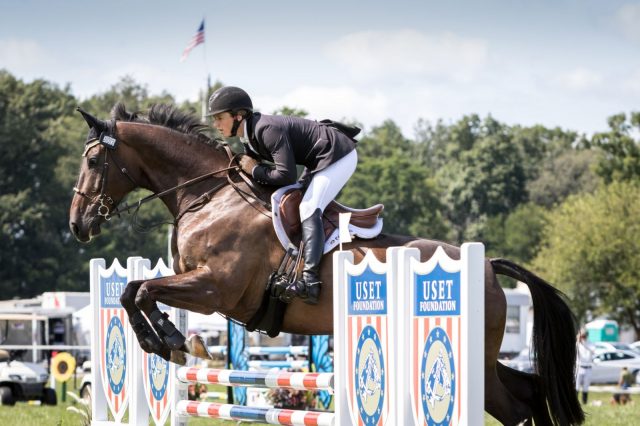 Looking to the CIC*, the top four remained unchanged after dressage and show jumping. Elisa Wallace retained her lead with Riot Gear, an 8-year-old Oldenburg owned by Steve and Vicki Sukup, in the gelding’s first FEI appearance. They move on to cross country on a score of 40.1.

Riot Gear, affectionately called “Ryebread” by Elisa, was bred in Michigan by Beth Vanderploeg at Pine Meadow Farm. He finished fifth in the USEA Young Event Horse Championships as a 5-year-old and was produced to the Training level by Eileen Kenney before the Sukup’s purchased him for Elisa in March.

“This is our third event together and I just love this horse,” Elisa said. “He is so rideable in the dressage ring and really likes to perform. He is getting stronger and stronger. He is so lovely in his flatwork but show jumping has been his weak point. Our homework paid off today as he acted like a true professional (he can sometimes be spooky) and jumped a very rideable round. I’m so excited about this horse and our growing relationship.” 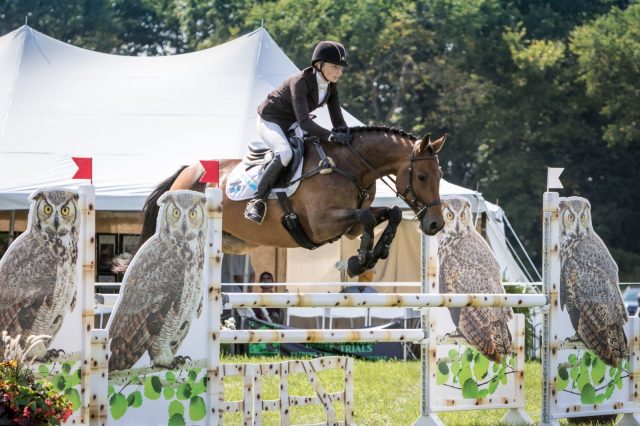 Mélissa Boutin of Canada and her 8-year-old Zweibrucker EWSZ Jalando earned a career best FEI score of 41.8 in dressage and show jumped clear to hold second. They will be seeking their first two-star completion tomorrow and we wish them the best of luck.

Alexandra Knowles and Katherine O’Brien’s 7-year-old Hanoverian gelding FE Crosby have made the long anticipated return to the two-star level after a rotational fall at Red Hills in March. We’ll be sending them lots of positive vibes as they leave the startbox tomorrow. They are currently in third place on 41.9.

Emma Ciafone and her 12-year-old Thoroughbred cross Denver’s Shadow are holding fast to fourth place with a two-phase score of 43.1 in their first FEI event. Jenny Caras and her 6-year-old Irish Sport Horse Trendy Fernhill, who is making his FEI debut, moved up from sixth to fifth after a clear show jumping round to sit on a 45.7 before the final phase.

The FEI, Advanced and Preliminary divisions all run cross country tomorrow. If you’d like to see what the CIC3* and Advanced riders will be jumping, which includes a brand new loop that helps open up the course for more galloping, check out USEA’s course preview here. Good luck to all the competitors and stay tuned to Eventing Nation for more from Richland. 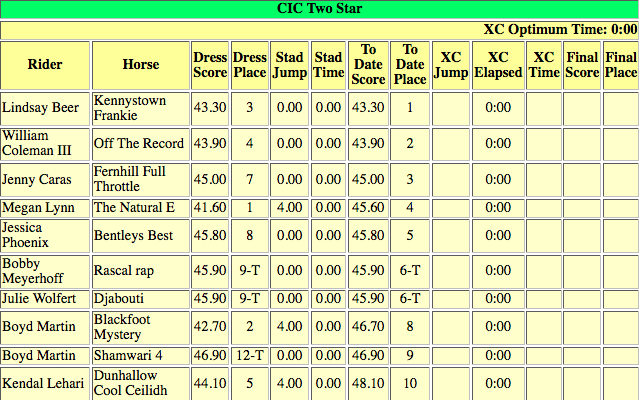 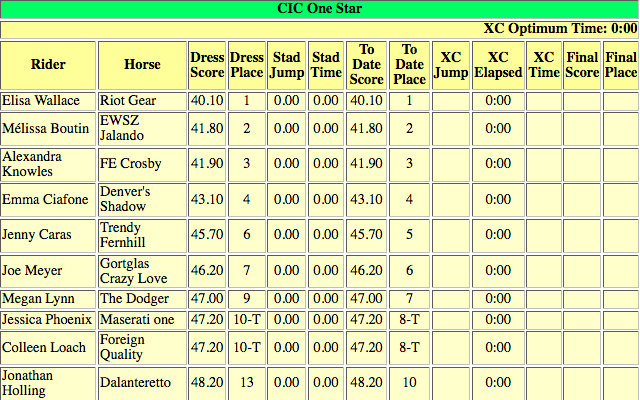