Live Oak International, a popular combined driving and show jumping event held annually in Ocala, Florida, has applied to add a CIC3* horse trials in 2017. The CIC3* is proposed to run on March 11 and 12 next year, which is the Wednesday and Thursday before Red Hills International Horse Trials in Tallahassee.

Home to 12-time U.S. National Four-in-Hand Driving Champion Chester Weber, Live Oak will celebrate its 25th anniversary of running one of the largest driving tournaments in the country during this year’s event, which starts tomorrow and runs through Sunday, Feb. 28.

“Chester and I got to know each other while serving on the USEF Board of Directors, and I had always been impressed with what he has done at Live Oak with both the driving competition and then adding on Grand Prix show jumping. They have about 10,000 spectators at the event each year,” Michael said. 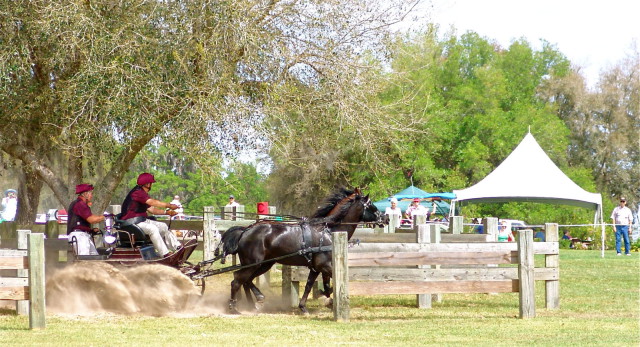 Tailgating is popular at Live Oak International during the cross country marathon for driving. Photo by Susie Blackmon/Creative Commons.

“We had discussed hosting a similar type of event with multiple disciplines at Chattahoochee Hills, and that led into the idea of helping Live Oak host eventing at their facility. Chester needed guidance with securing a date on the calendar and building a cross country course, and he asked me to help with organizing the event.”

Rüdiger Schwarz, course designer for the Aachen CICO3* in Germany, has signed on to design a cross country course at Live Oak. In addition to building permanent cross country complexes at the venue, Chattahoochee Hills has also volunteered its portable fences to be used since the event would run during a time of the year when the jumps wouldn’t be needed in Georgia.

“Live Oak is a beautiful facility that already has most of the infrastructure you would need to run a top-notch horse trials, and we really like the idea of being able to introduce eventing to a new crowd of spectators who would already be on the grounds to watch the driving and show jumping,” Michael said.

“For Ocala, even though we have a lot of eventing activity going on down here during the winter and early part of the spring, we don’t have a CIC3* competition. It would be really great for the area to have a three-star in Ocala at this time of year.”

With Live Oak’s 2017 competition date falling on the same week as Red Hills, Michael said the aim would be to keep the number of eventing competitors to a small number in order to ensure Red Hills entries would not be negatively impacted. 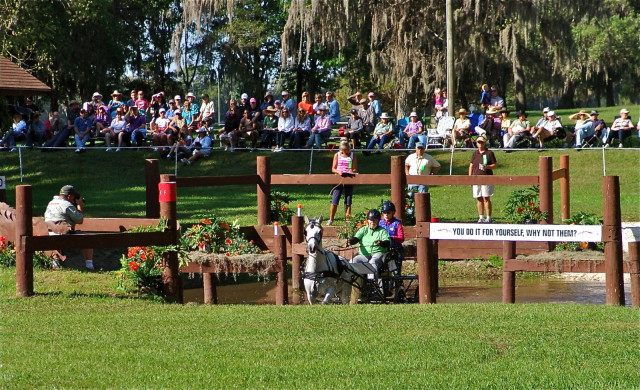 “The difficulty with hosting a competition at Live Oak is the fact that their date is dictated by the FEI World Cup Jumping calendar. The biggest revenue earner at a multi-discipline competition like this sets the date, and everyone else falls in line,” Michael said.

“Red Hills is a great event and one that we would never want to harm, so the goal would be to successfully host both in the same week, with Live Oak on Wednesday and Thursday and Red Hills on the weekend. Our hope is that if we can attract people earlier in the week to Live Oak, then they can go on to Red Hills and make a week of it.”

Live Oak’s proposed CIC3* is still working its way through the calendar approval process, and its fate will be decided in April. In the meantime, Michael is inviting event riders in the Ocala area to come out to Live Oak International this weekend to get a feel for the event and see the competition firsthand.

Driving starts tomorrow, and both driving and show jumping classes will be held each day starting Friday, Feb. 26 and going through Sunday, Feb. 28. The $35,000 Live Oak International CSI3* is at 3 p.m. Saturday, with the $100,000 Longines FEI World Cup Jumping Qualifier at 1:30 p.m. Sunday. Click here to view the full schedule.

General admission tickets are $10 and can be purchased here. Tailgating spots are available for $200 on Saturday to watch the cross-country marathon for the driving; click here to reserve a tailgating spot.

What do you think of the new proposed CIC3* at Live Oak? Do you think Live Oak and Red Hills both could successfully host CIC3* competitions during the same week in 2017? Let us know your thoughts in the comment below.