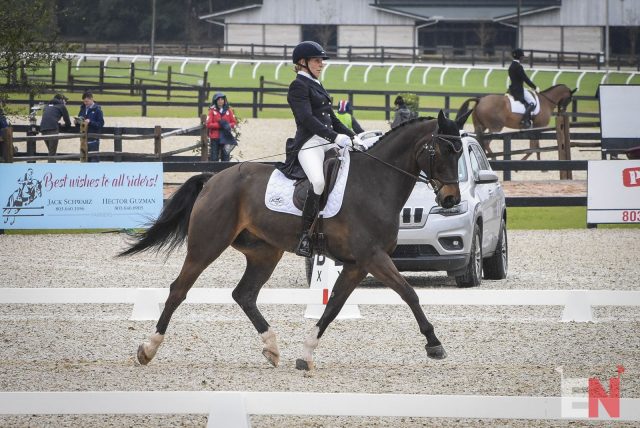 Like a fine wine, Fernhill By Night keeps getting better with age. He and Liz Halliday-Sharp often lead the pack after dressage, and that was once again the case today at the $50,000 LiftMaster Grand-Prix Eventing at Bruce’s Field. The 16-year-old Irish Sport Horse (Radolin x Argentina XII, by Argentinus) owned by Deborah Halliday, was the first and only competitor to knock into the 20s on 28.7.

“I thought his trot work was good today, he can be a little bit flat sometimes because he drops me and he actually had a lot of lift today which was nice,” Liz said. “A couple bits I could have done better — both my right half passes were not as good as they should have been, so I think we lost a couple marks there. But I don’t think this is going to be a dressage competition.”

Liz sharpened up for the season with some pure dressage at the Adequan Global Dressage Festival this winter, where she and “Blackie” tackled their first Prix St. Georges. “I finished fifth in the open, which was not terrible, I didn’t totally embarrass myself, I wasn’t last,” she laughed. A massive accomplishment, we’d say! 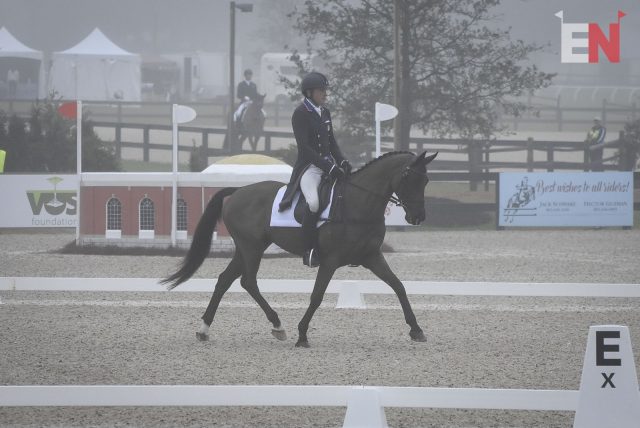 The World Equestrian Games partnership of Boyd Martin and Tsetserleg were first to go, setting the bar for the group on 30.2 points. The triple winner of the Wellington Eventing Showcase, Boyd looks to extend his showcase reign in Aiken this weekend with Christine Turner’s 12-year-old Trakehner (Windfall x Thabana, by Buddenbrock). 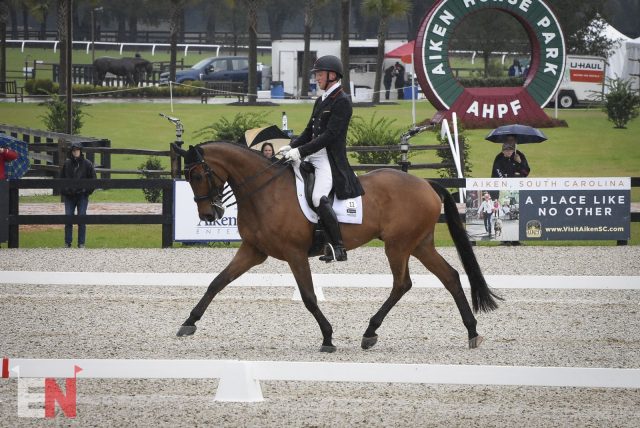 After a competition break in 2018, Doug Payne and Vandiver have come back swinging. The 15-year-old Trakehner (Windfall x Visions of Grandeur, by Mystic Replica xx) sits third on a dressage score of 30.8. Lauren Kieffer and Vermiculus secured fourth place, and Jacqueline Mars’ 11-year-old Anglo-Arabian gelding (Serazim X Wake Me Gently) carries 30.9 into this afternoon’s show jumping. 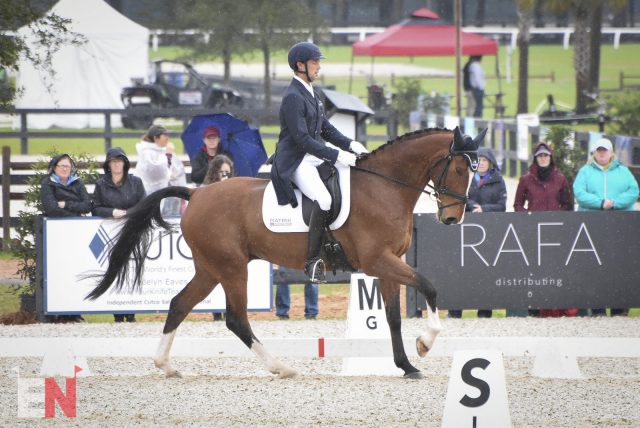 Will Coleman and The Off The Record Syndicate’s Off The Record, a 10-year-old Irish Sport Horse (VDL Arkansas X Drumagoland Bay, by Ard Ohio), are fifth after earning a 31.1. Allison Springer and William Fox-Pitt share a tie for 6th place on a score of 31.3. Allison rides Business Ben, a 9-year-old Thoroughbred (Artie Schiller X Min Elreeh, by Danzig). 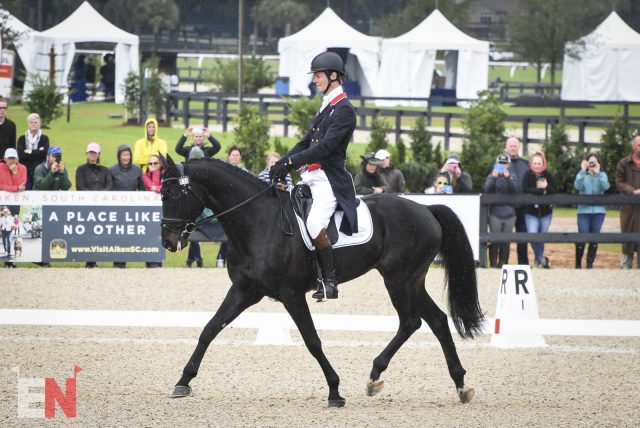 Spectators were delighted to welcome William Fox-Pitt to Aiken, and they lined the fence to watch his ride with Hannah Salazar’s Sandro’s Star, an 11-year-old Oldenburg stallion (Sagnol x Poetic Patter xx, by Nostalgia’s Star xx) who is usually piloted by Chris Talley. 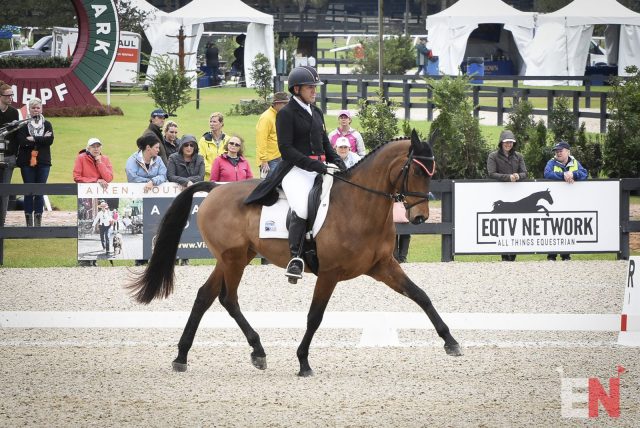 Buck Davidson piloted Carlevo into 8th on a score of 32.1, and the Swiss transplant Felix Vogg is 9th aboard Colero, an 11-year-old Westphalian (Captain Fire X Bonia, Bormio xx) owned by Jürgen Vogg.

The fantastic ground crew is flipping the main arena now, and we look forward to the start of the show jumping at 4:00 p.m. It’s pouring buckets now, but the hourly forecast says it may clear before the jumping starts — fingers crossed! Don’t forget to tune in for commentary from our very own, Jenni Autry! You can watch it on EQTV or right here on EN. 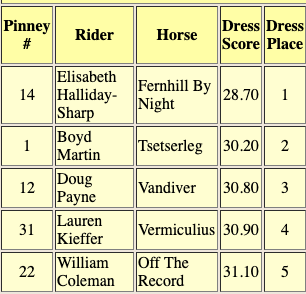 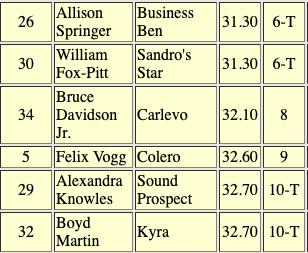