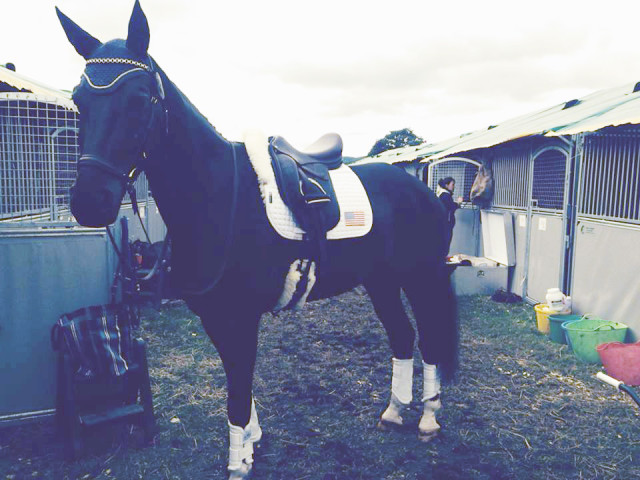 Fernhill By Night rocking the stars and stripes at Blair! Photo via Liz Halliday's Facebook page.

Liz Halliday-Sharp and Fernhill By Night did the stars and stripes proud today at Blair Castle International Horse Trials, scoring 41.5 to lead the 31-horse CCI3* field by a two-point margin. “Blackie” always shines in this phase, and he didn’t disappoint on a day when he had to battle through the mud; it’s always exciting to see the American flag high up on the leaderboard in a caliber international field.

In the Scottish Open Championship CIC3*, the three Americans are clustered toward the bottom of the leaderboard after dressage, with Katherine Coleman and Courage Under Fire in 49th place on 54.8, followed by Jacob Fletcher and Atlantic Domino in 50th on 55.4. Tiana Coudray and Kinnordy Rivaldo are in equal 54th place on 56.5 in the horse’s first major competition after having surgery last year.

We previewed all our American competitors at Blair earlier this week, so click here to get to know them a bit better. The Scottish weather is live up to expectations thus far, and the stage is set for a very slippery cross-country day tomorrow. Kick on, Team USA! Go Blair! 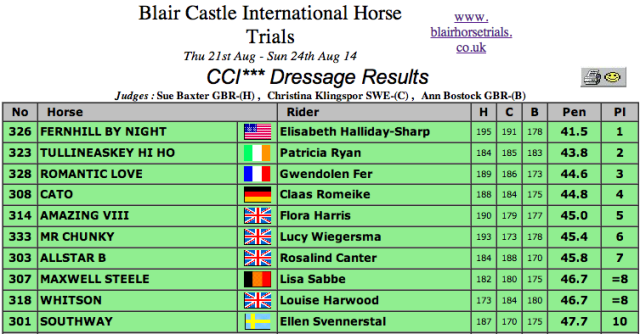