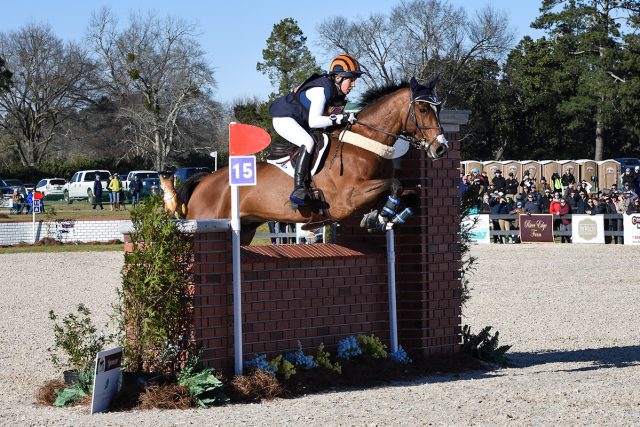 Defending champion Liz Halliday-Sharp felt the pressure when she left the start box at the $50,000 LiftMaster Grand-Prix Eventing at Bruce’s Field. After overnight leader Boyd Martin withdrew, the inaugural winner had no one to beat but herself on the cross country. Partnered with Deniro Z, she went 2-0 at the Aiken, S.C. venue.

“That’s how I wanted it to be,” Liz smiled of her back-to-back wins. “We have such a great partnership, and he’s such a good friend of mine as well. He was just magic. The horse just keeps getting better. He’s so adjustable this year, so I didn’t feel like I was going crazy. I galloped fast in between, but I never felt like I was taking a risk. I didn’t have any fences that weren’t as I planned, so that’s super when you can still set them up a little, but you’re still that far under the time. He’s just a great horse. It’s a pleasure to be here riding him.

Starting the weekend in third place, she and the 12-year-old KWPN (Zapatero VDL x Zonne-Trend, by French Buffet xx) owned by Ocala Horse Properties and The Deniro Syndicate, moved up after each phase, finally securing the win on their dressage score of 31.1.

“You always feel pressure when you’re in the lead. I knew the time was tight but I didn’t think it was quite as tight as Wellington because some people were way under, so it sort of felt like if I was smart I’d be inside the time, but you never know. It was a tough enough course to ride,” she said. Coming in fifteen seconds under the time, the duo were also the fastest combination of the day.

“It’s a lot of fun here because you’ve got to zoom through the different arenas, so it’s a very different feel to running through Wellington. I think the course was a bit stronger this year than last year, which is cool. I think it’s good for all of us. Certainly the show jumping was a real test for all of us, which we all need to do: to be put out of our comfort zone and under pressure, and that’s why we come to these things,” she said. 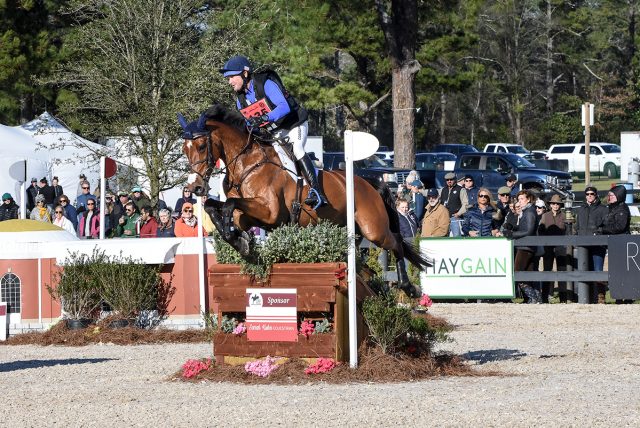 Fernhill Singapore, an 11-year-old KWPN (Sinapore x Riedellia, by Animo) owned by Ann Jones, Thomas Tierney and David Vos, was first to go. He jumped clear to finish on a score of 33.1.

With the intel from his first ride, Phillip made easy work of his second attempt with The Z Partnership’s 12-year-old Zangersheide (Asca X Bellabouche, by Babouche VH Gehucht Z). He and his World Equestrian Games partner eight seconds inside the time to close their weekend out on 32.6 points.

“You can only deal with what happens on the day and they both went well. I thought Liz rode beautifully so it was a good finish. It rode a bit quicker than I expected, we had to go a little bit faster than we did in Florida but it’s a little bit later in the year so that’s good,” he said. “I’ll probably go out a little slower next time and get them back to settling down but I think it’s been a huge success for the sport and for the town; it brings a lot of new people, and people that get to see the sport this way and I think it’s pretty exciting having it in reverse order.” 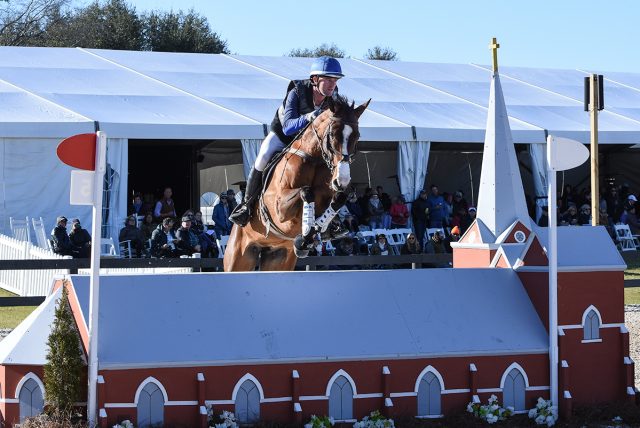 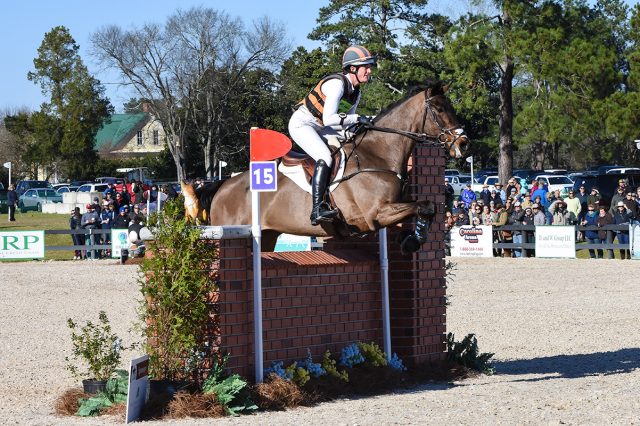 Dressage winners Lauren Nicholson and Veronica, an 18-year-old KWPN (Pacific x Kimbel, by Ferro) owned by Team Rebecca, slotted into fifth place. In addition to their one pole down yesterday, they added 1.2 time penalties today for a final result of 34.8. 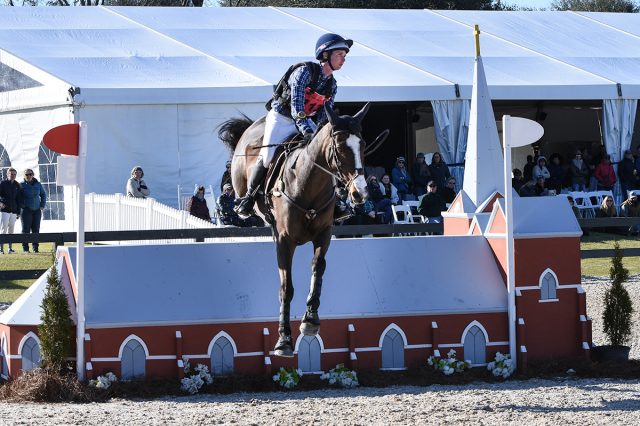 Buck Davidson finished 7th and 8th with Carlevo (35.3) and Jak My Style (35.6). Doug Payne finished 9th with five-star partner Vandiver on a score of 39.9. Clayton Fredericks closed out the top ten with FE Stormtrooper after 2.8 time penalties for a score of 40.7. 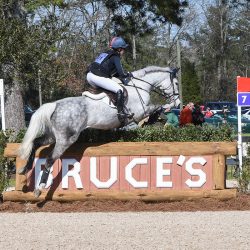 Allison Springer and Sapphire Blue B. Photo by Shelby Allen. 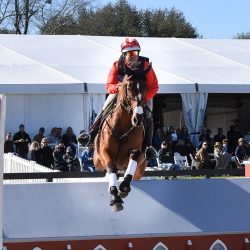 Buck Davidson and Jak My Style. Photo by Shelby Allen. 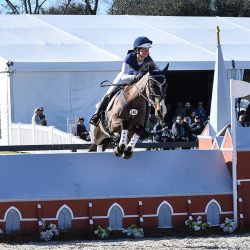 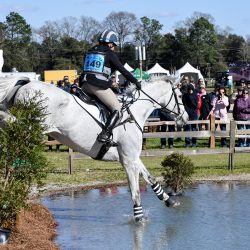 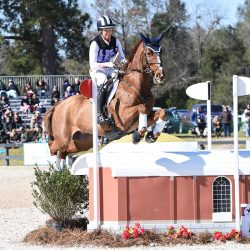 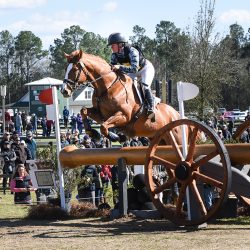