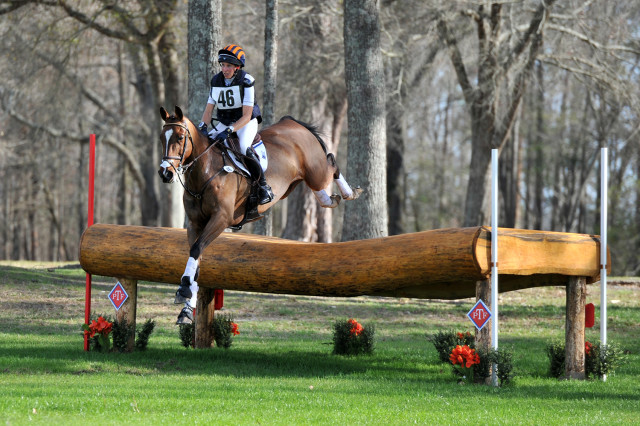 Liz Halliday-Sharp was thrilled with Deniro Z and Elarona this afternoon at Pine Top Farm, as they finished first and second respectively at their career CIC2*. Deniro Z, a 9-year-old KWPN gelding, led the 27-horse division from the start and finished on his dressage score of 42.5. Elarona, a 7-year-old Dutch Warmblood mare, marched up the leaderboard from fourth place after dressage to finish behind her stablemate on a 52.8, adding only a few time penalties to her score.

“Elarona is very green at the level and she was fantastic. It’s been a steering and rideability issue with her but she’s really talented and we’re starting to get there,” Liz said. “And Deniro is just a machine. He makes me smile every day. He’s such a competitor. He loves the party and brings his A-game every time.”

Deniro has traveled with Liz between her home in England and her winter base in Ocala the last two winters, and in the U.S. he has finished in first or second every time out at the Preliminary, one-star and Intermediate levels. Liz believes he’s is a world class horse and is hoping now to syndicate him. He and Elarona will target the April CCI2* in Ocala to round out their spring season.

In the CIC3*, Liz and Fernhill By Night had a fly by at an angled hedge early on course but he “flew around the rest and made it feel like Intermediate.” The goal for Liz and Deborah Halliday’s 14-year-old Irish Sport Horse this spring is Rolex Kentucky. “He feels great, I just need to get him tuned up.”

Kerry Torrey and Zumba secured third place in the CIC2* behind Liz and her two young stars. A 49.5 in dressage put them sixth and a rail on Chris Barnard’s show jumping course dropped them two places. However, Kerry and her 11-year-old Hanoverian produced one of only a few clear rounds inside time the time to move up and finish in the top three in the horse’s first CIC2* attempt. 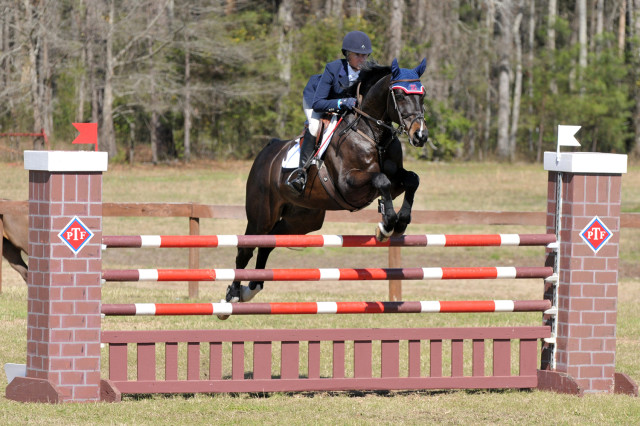 The stunning 9-year-old Oldenburg stallion Sandro’s Star took home the CIC* win with Chris Talley in the irons. Bred by Vicki Bauer in the United States, Sandro’s Star made history as the first American-bred event horse to compete at the prestigious Bundeschampionat in Germany as a 5-year-old. He began building his eventing resume there with Dorothea Feld and returned to the States last year. He is now owned by Hannah Salazar and is standing at Zaragoza Acres in Virginia.

Chris and Sandro’s Star kicked off their new partnership with a second place Preliminary finish at Pine Top earlier this month. They would have won then were it not for a handful of frustrating time penalties. Today, the pair took the early lead on a 40.9 dressage score, jumped a beautiful double clear show jumping round and then left the start box on a mission. They powered around the Derek di Grazia designed course without a moment to lose. They picked up 2.8 time penalties, but they had room enough to spare to secure the win. The shouts and cheers from their fans as they galloped for home was uplifting.

Will Faudree and Michel 233 finished second in the one-star on a 47.0. Will and the 7-year-old Hanoverian gelding owned by Jennifer Mosing and Sterling Silver Stables won a Preliminary division at Pine Top two weeks ago and followed that up with a very competitive performance in the horse’s one-star debut, adding one rail and a single second of time on cross country to their dressage score of 42.6.

Third place went to Liz and MSH Cooley Twilight, a 7-year-old Irish Sport Horse making his FEI debut. The pair scored a 44.7 in dressage and picked up a rail and some time but secured a good finish on a final score of 51.9. 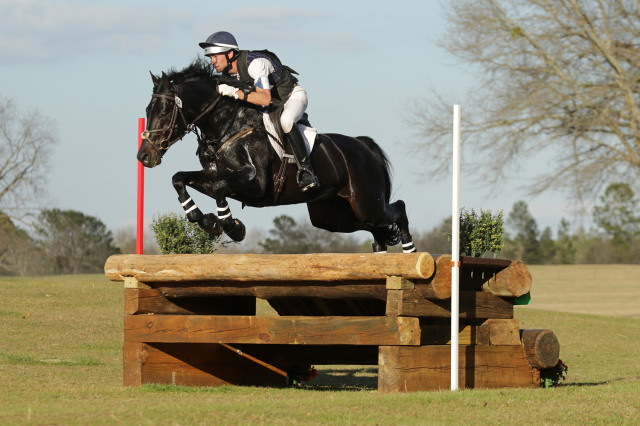 Thank you so much to Hoofclix for providing photos this weekend. Be sure you visit their website to view more gorgeous photos and purchase your competition pictures from Pine Top. Chinch is staying busy and you can follow along with his adventures on EN’s Instagram. Stay tuned for more from Pine Top! Go Eventing. 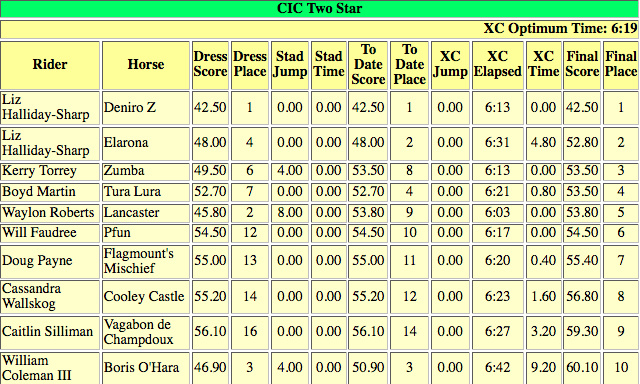 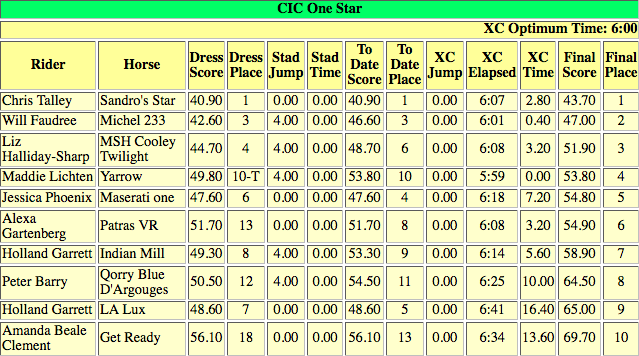