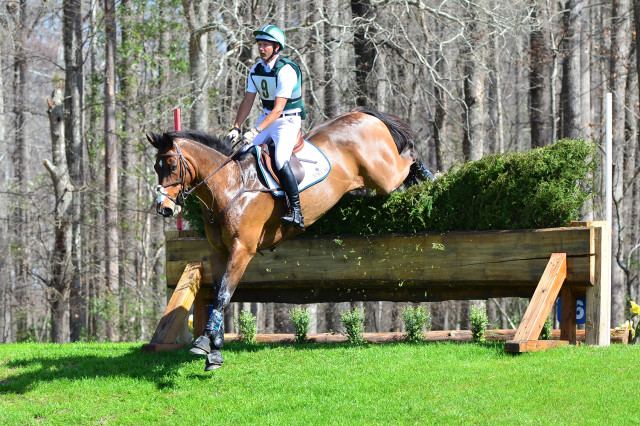 Clark Montgomery and Loughan Glen dominated from start to finish today in their first FEI event since the 2016 Olympic Games in Rio de Janeiro. They coasted to the top of Pine Top CIC3* leaderboard with a 32.3 in the sandbox and never looked back. They ended the day winning by a stout margin of 13.3 on a 36.3.

The 14-year-old Irish Sport Horse, owned by Jess, Kathryn Kraft, Holly and William Becker, ate up Derek di Grazia’s testing track. “I really feel good about today,” Clark said. “It was a big test and Glen answered it all super.”

After several years living and competing in England, we’re all happy to have Clark and his wife Jess back stateside. Based through March in Ocala, Clark and Glen have been on fire thus far this year. They prepped for Pine Top with an Intermediate division win earlier this month at Ocala Winter II, finishing on a score of 23.3, and their impressive performance today is a reminder of why they’re one of the most competitive partnerships not just in this country but on the international stage. 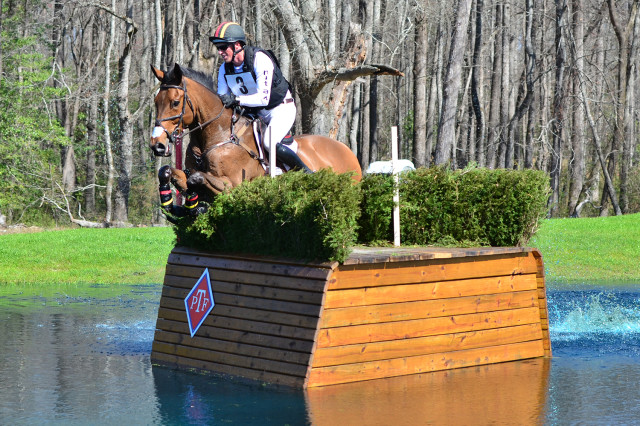 Clark and Glen have had a 99% stellar past couple of years, with wins abroad at Belton, Somerford Park and Blenheim, and top finishes at Luhmühlen, Chatsworth and Bramham. After being named to the Team USA for the Olympics they bested the final outing at Great Meadow, but the stressors of globetrotting caught up to them at a most inconvenient hour in Rio. After Glen’s release from quarantine in Miami, he underwent surgery to remove a bone chip in his knee and spent the fall recovering at their facility in Virginia.

Clark says of his performance today: “I feel like it just means that he’s healthy, and that seems to be key for this horse.”

He remarked on Glen’s fitness, explaining that he allowed the horse to set his own cruise control on the cross country, and the speed Glen chose was high gear. “He feels really, really fit,” Clark says. “He’s proving so far this year that he’s peaking a lot easier and seems to be in top form.”

With one-day events being much more common in England, Clark felt comfortable with the condensed Pine Top format. “It’s great fitness work,” he says. “It’s really good for the horses, one day of getting their nerves up and performing and then you get to go home and your horse can spend the night in his own pasture.”

Of course when it comes to riders there is no rest of the weary — tomorrow Clark will be off again to compete at Three Lakes February H.T. As for Glen, their next stop is Carolina International, with the ultimate spring goal being a return to the CCI4* level at Rolex Kentucky. Best of luck and glad to have you back, Clark and Glen! 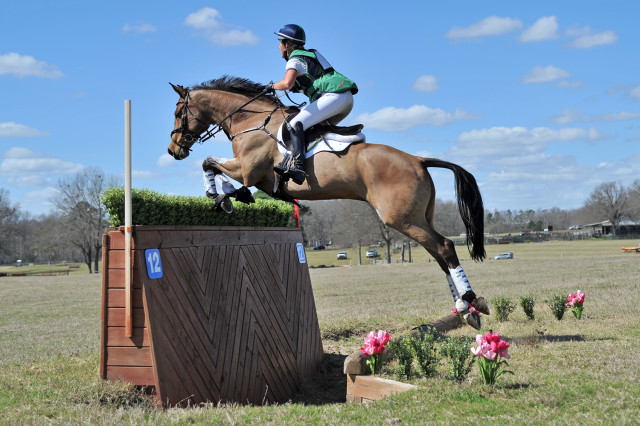 As an aside, yesterday EN posted videos of Clark and his former four-star horse Universe making his 1.40-meter jumping debut at HITS. Since we had him on the line we took the opportunity to ask him for an update on “Buzz.”

“His legs aren’t going to hold up to the galloping of eventing, but they seem fine for jumping,” Clark says. Buzz was never a fan of dressage anyway — “Poor guy, he hated it” — and Clark says the 16-year-old Dutch gelding is thrilled to not have to wear a “long flap saddle” anymore.

As much as Buzz is enjoying it, Clark says he’s benefiting from the experience as well: “Doing the big jumps pushes me out of my comfort zone, so you get to work on your nerves and being under that pressure which can only help you as a rider.” 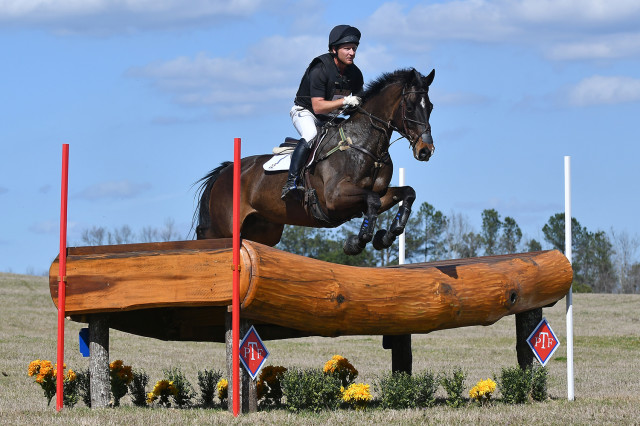 Back to Pine Top!  In other news, both Advanced division winners led from wire to wire and finished on their dressage scores. Lillian Heard and Share Option came out on top in Advanced Test A on a score of 35.4; Kurt Martin and Delux Z took Advanced Test B on a score of 28.7.

Chris Talley and Sandro’s Star lead the CIC1* after dressage and show jumping, and Liz Halliday-Sharp and Deniro Z lead the two-star.

Leslie Threlkeld is our boots on the ground and will be along a bit later with more reportage and photos, so check back! 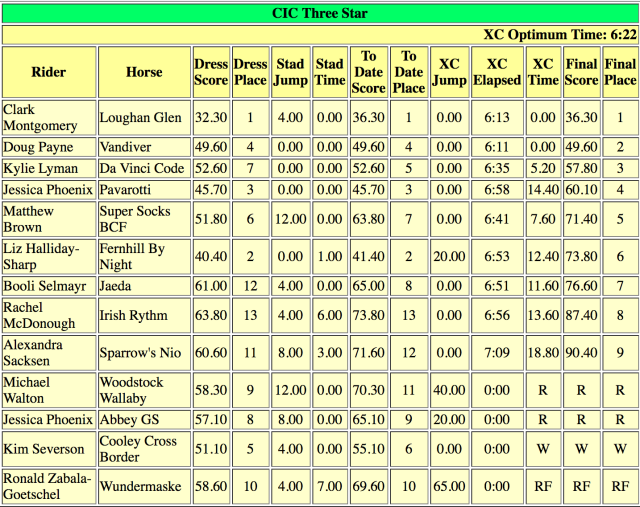