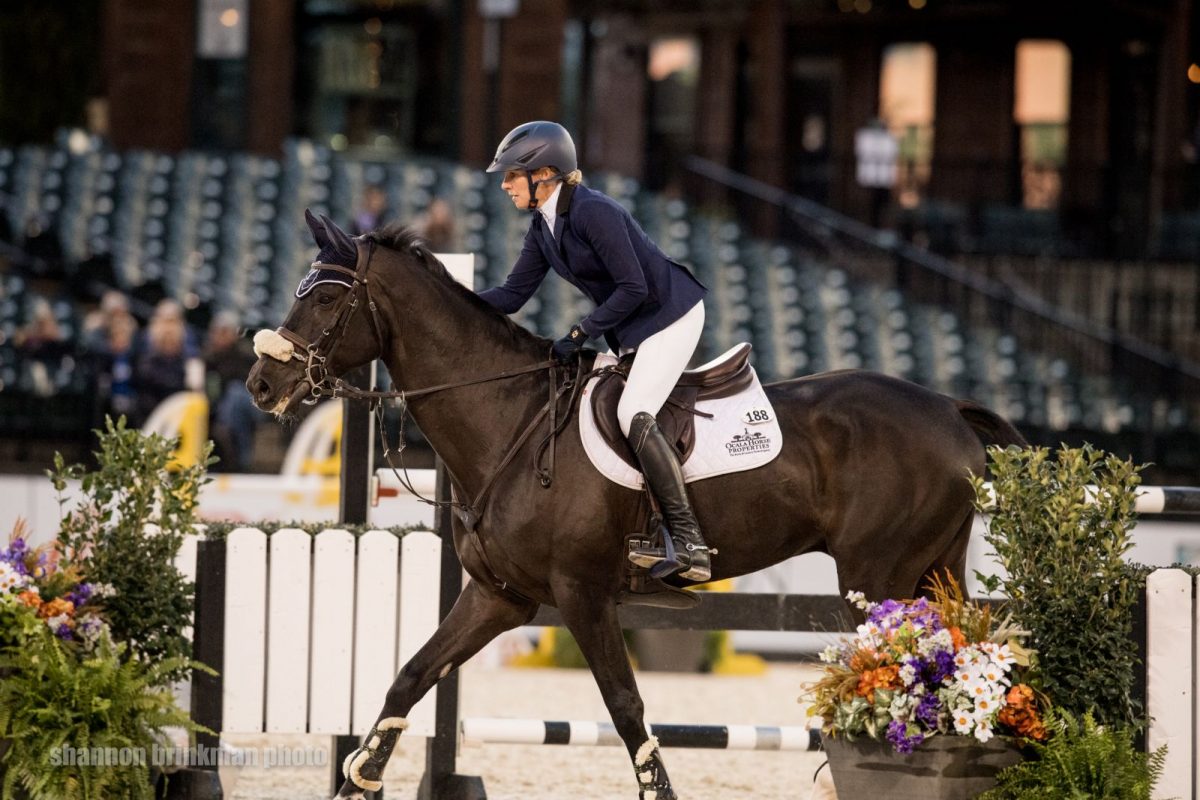 Liz Halliday-Sharp pats Cooley Moonshine after a clear round holds their lead under the lights. Photo by Shannon Brinkman Photography.

Jumping after dark, under bright lights in the atmosphere of the stadium at the Tryon International Equestrian Center was a distraction for more than a couple of horses, especially with freezing cold, gale force winds blowing this evening. But Cooley Moonshine (Cobra – Kilpatrick Duchess, by Kings Master) kept his cool and put in a double clear round to maintain the lead in the CCI4*-S with Liz Halliday-Sharp on his dressage score of 26.0. The Irish Sport Horse gelding owned by the Monster Partnership looked every bit the part of a high performance athlete on course.

Liz’s other four-star entry, Cooley Be Cool (Heritage Fortunas – HHS Carlota), also jumped double clear to move up from tenth to seventh (30.7). Her 3* horse, Shanroe Cooley, had one green rail down to move into second place, with Marc Grandia and Campari FFF (Camiros – Tanner, by Ariadus) taking the lead (29.3). 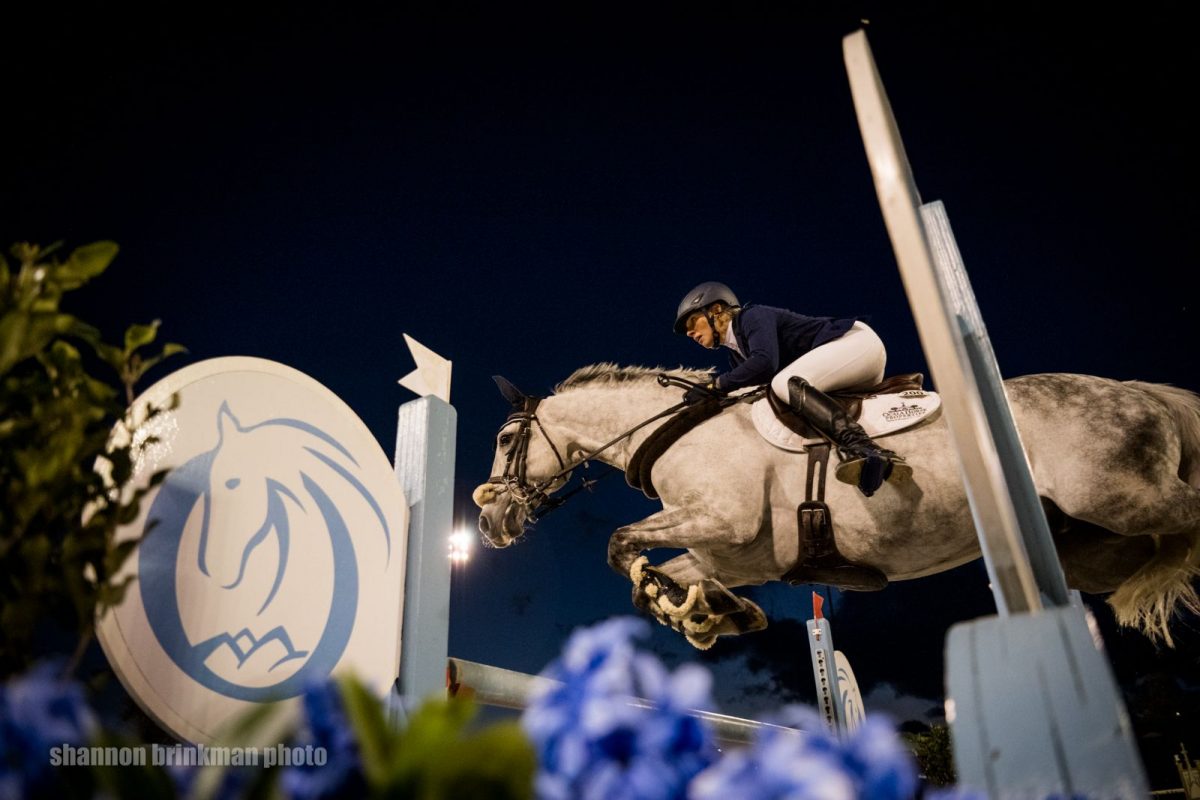 “It’s always fun to ride here under the lights,” said Liz. “It gives the horses a bit more atmosphere. Cooley Moonshine jumped here under the lights last year and he absolutely loves it; Cooley Be Cool is a much greener horse and this was the best round he’s jumped, I was totally thrilled with him. He’s sort of a tricky horse and we’ve tried all sorts of things. He’s very careful but he can just go casual in the ring, but today he was a proper fighter so that was exciting.”

The top four places remain unchanged, with Will Coleman and Off the Record (VDL Arkansas – Drumagoland Bay, by Ard Ohio), Boyd Martin and Tsetserleg TSF (Windfall II – Thabana, by Buddenbrock), and Phillip Dutton and Z (Asca – Bellabouche, by Babouche VH Gehucht Z) all jumping clear and in the time. But Boyd’s other mount, On Cue (Cabri d’Elle – On High, by Primitive Rising), knocked three rails down and dropped to 16th place.

Tamie Smith, who was tied for fifth with Martin and On Cue, had a stop at the second jump on course with Judith McSwain’s Fleeceworks Royal (Riverman – Marisol), after the mare chipped in at the first of a related distance and then lost momentum to the next fence, moving into 14th place.

This opened the door for Doug Payne, who was on last year’s Olympic team with both Boyd and Tamie, to move up to fifth place with Vandiver (Windfall II – Visions of Grandeur, by Mystic Replica xx). 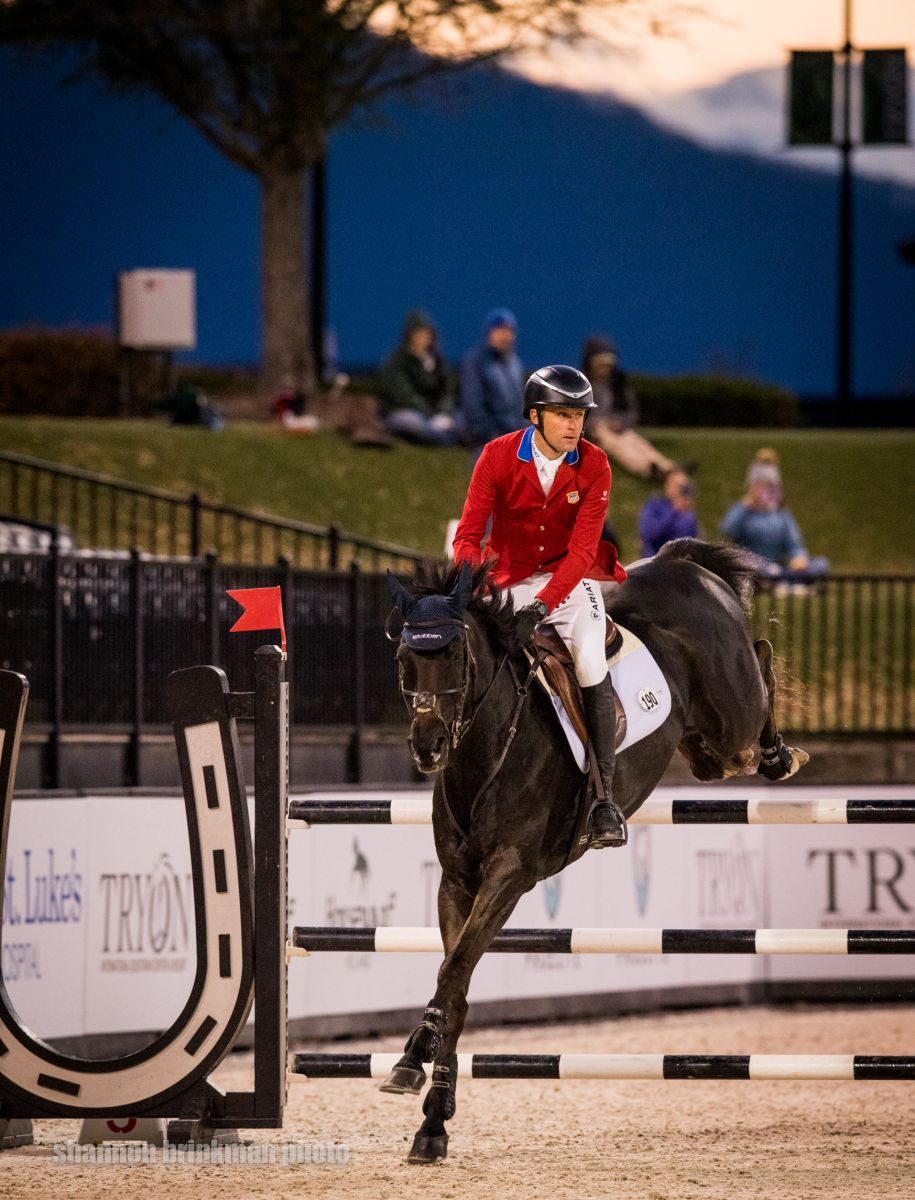 Boyd said, “It was awesome jumping here under the nights, it was pretty cold and chilly. I had a split night; Thomas jumped like a champion but unfortunately Cue got a little spooky and had a couple of poles down. I’ve still got a little bit of work to do, and a bit of time leading up to Kentucky.”

Looking forward to tomorrow’s cross country phase he said, “The course looks superb, it’s going to be a brilliant preparation for the Kentucky horses and my plan is to give them a good run, go pretty quick but not crazy quick.” 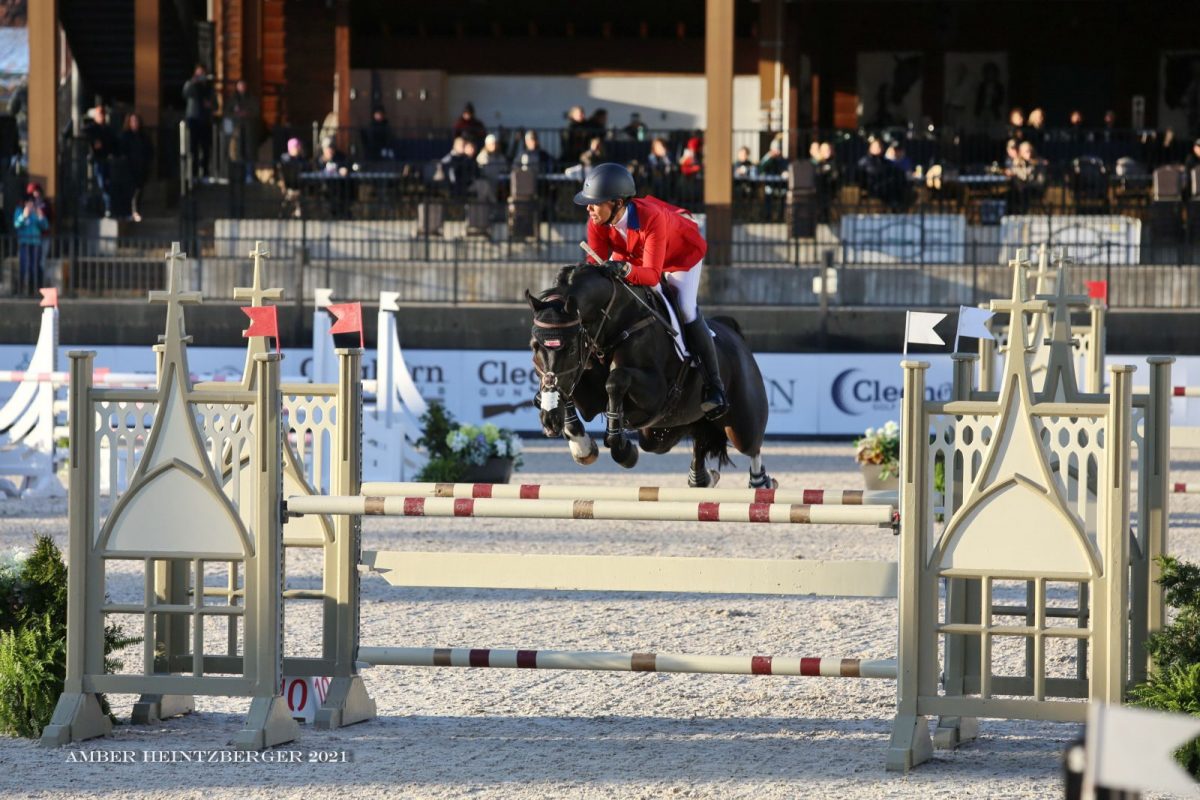 Tamie had a stellar round with Elliot V (Zavall VDL – Vera R, by Nassau), moving up from 15th to ninth place, which might take the sting out of her first round. Solaguayre California (Casparo – Solaguayre Calandria, by Casall), owned by Juliane Guariglia, was last in the ring and had a foot perfect round to move up from 18th to 12th place.

In the Advanced-B division Tamie maintained her lead on a score of 21.1 in the riding the Badminton-bound Mai Baum (Loredano 2 – Ramira, by Rike), owned by Ellen and Alex Ahearn and Erik Markell. 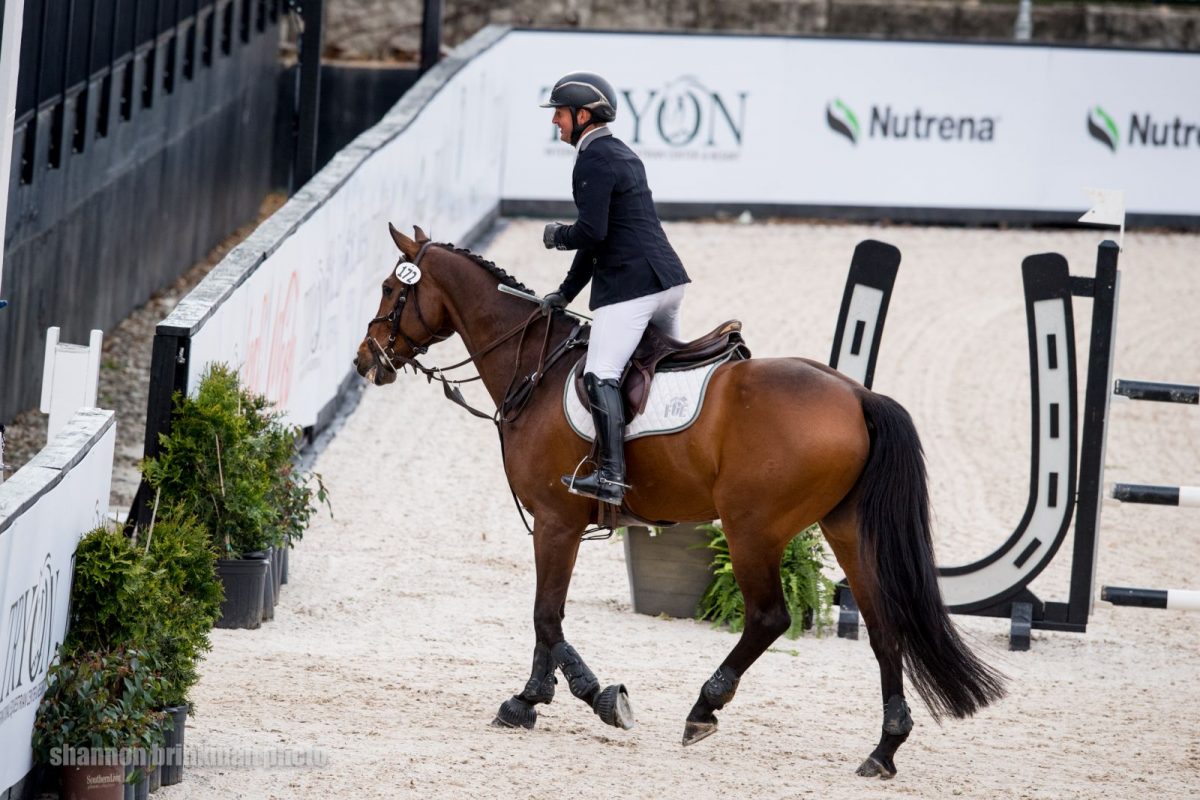 EN thanks Amber Heintzberger for her reporting skills this weekend at The Fork. When she’s not braving the elements on a cross country course, she can often be found braving the elements on the road as a marathon runner — she even used part of her cross country walk this week as training for the upcoming Brooklyn Marathon, where she’ll be running for Team for Kids? If you want to support her in her quest, you can click here.