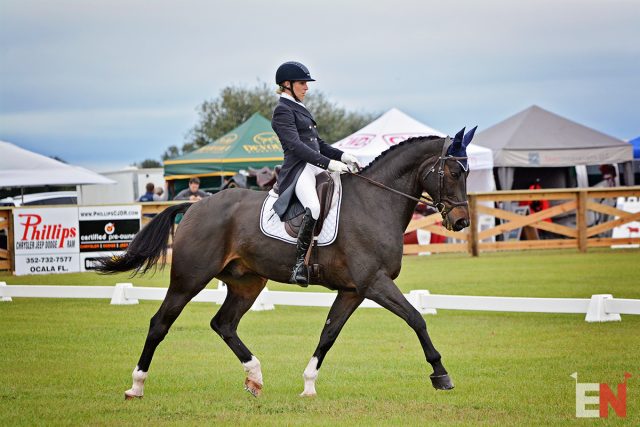 This is the first competition back in the U.S. for “Blackie,” a 15-year-old Irish Sport Horse gelding, after spending the summer based in England with the rest of Liz’s string. Her horses arrived at her winter base, Horsepower Equestrian in Ocala, on Nov. 4 for the winter season, and Liz said Blackie is in flying form following the trip overseas.

“We did our typical no warm-up and got him as hot as possible, and he did drop me a little bit in the ring and was very lazy like he can be, but it was still a fairly tidy test,” Liz said. “He did go in and try, and he’s feeling really well and really excited to be at the party — that’s where we want him whenever we’re at a show like this.”

Liz has run a lighter competition schedule with Blackie this year to keep him feeling his best as he gets older, and she said the strategy has really paid off — “that makes him fresh when he comes to the party.”

Liz is on the hunt for redemption at Ocala this year after her bid to win the CIC3* went awry last year. After leading with Blackie following the first two phases, the influential corner combination caught them out on cross country. The corners are back on Mike Etherington-Smith’s course this year for both the CIC3* and the new CCI3* — stay tuned for EN’s full course preview.

“We’re lucky to have such a great cross country course at our place, so he’s had a bit of a tune-up over there,” Liz said. “I think the ground should be perfect. Every year this event gets better. It’s like a mini European event, and we always try to make sure we can be here.” 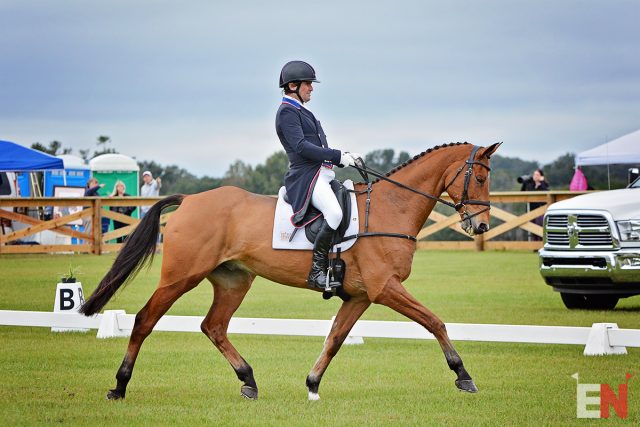 Phillip Dutton won the CIC3* at the Ocala Jockey Club last year with Z and has two rides in the division this year. He is sitting second after dressage on 29.9 with Fernhill Fugitive, a 13-year-old Irish Sport Horse gelding Phillip competed to the CCI4* level and rode on the gold medal 2015 Pan American Games team.

After the horse’s owners, Tom Tierney and Annie Jones, decided to retire “Jack” from the upper levels last year, he spent time competing with Tom’s daughter, Caitlin, at the Preliminary and Intermediate levels. With Caitlin’s college schedule giving her limited time to compete, they ultimately decided to sell Jack, and Phillip got the ride back temporarily.

Phillip confirmed Jack was sold to Michael Willham this week, and Michael still wanted him to compete the horse in the CIC3*. “I’m a big fan of the event and the footing and the course, so I’m excited to be able to go around it twice. We are excited for Michael and wish him all the best going forward with Jack.” 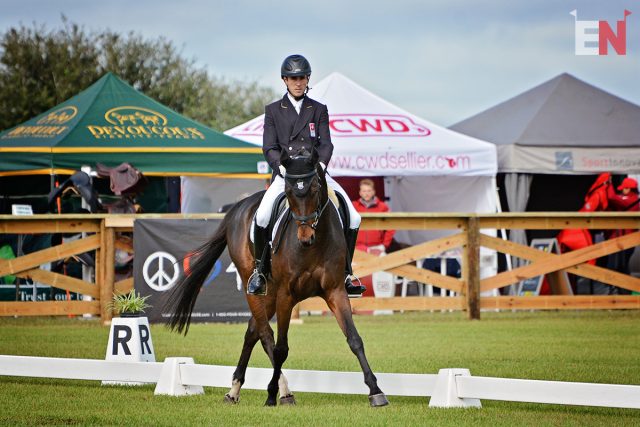 Felix Vogg and Jürgen Vogg’s Colero, a 10-year-old Westphalian gelding, round out the top three in the CIC3* after dressage on 30.8. This is the horse’s first competition back since representing Switzerland at the 2018 World Equestrian Games at Tryon.

Liz Halliday-Sharp has two rides in the top five in the CIC3*, with The Deniro Syndicate’s Deniro Z sitting in fourth place on 31.9. Liz confirmed “Niro,” a 10-year-old KWPN gelding, will not run cross country, but she wanted to take advantage of the opportunity to run a combined test at such a world-class event.

Jon Holling and Team Rebecca’s Avoca Druid scored 32.4 to round out the top five after dressage. “Avocado,” a 10-year-old Irish Sport Horse gelding, stepped up to the CIC3* level at Stable View last month and is making his second CIC3* appearance this weekend. 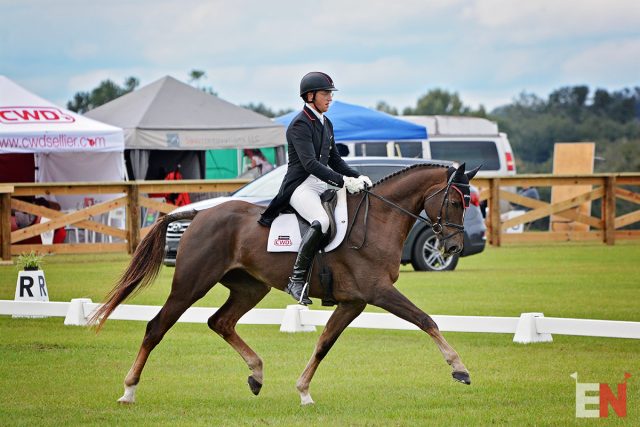 The first half of the CCI2* also did dressage today, and Doug Payne leads with Starr Witness on 29.6. “Gin,” a 7-year-old KWPN mare Doug owns with Catherine Winter and Laurie McRee, finished ninth in her first CIC2* at Stable View last month and is making her CCI2* debut here at the Ocala Jockey Club.

Looking to the CCI*, Maya Black and Laurie Cameron’s Miks Master C lead on 27.7 after the first half of the 71-horse field went down centerline today. Waylon Roberts and Aletta Martin’s Wil Celtic Charlie sit in second on 27.7. Liz Halliday-Sharp and Pru Dawes’s Flash Cooley and Andrew McConnon and Elizabeth Aboody’s Ballyorney Mullach Abu are tied for third on 28.1.

Click here to view full scores in all divisions after dressage.

The second day of dressage kicks off tomorrow at 9 a.m. for both the CCI2* and CCI*. CCI3* dressage starts at 1 p.m. and will stream live here on EN and on EQTV Network. The full competition schedule for the event is on the front page of the event website. Click here for dressage start times.

We are down to 11 entries in the CCI3* after Tamie Smith withdrew heavy favorite Mai Baum this afternoon. “He is just not quite right after getting a close nail after being shod. We have been working diligently with a superior team, but I feel like it just isn’t in the cards. It is so disappointing to have made such a huge effort to come all of this way for it not to go to plan. Unfortunately, the stars are just not aligning and it is in his best interest to save him for another day.”

Stay tuned for much more from #OJC3DE. Go Eventing.