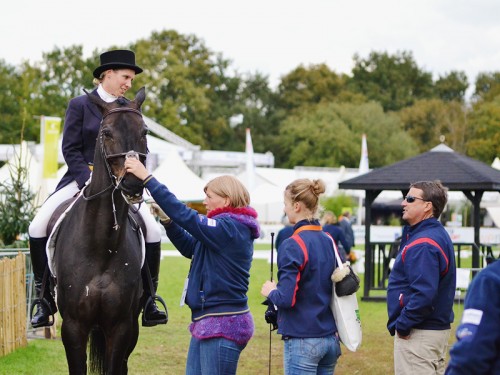 Liz Halliday breaks down her test with Coach David O'Connor.

I’ve really enjoyed getting to know Liz Halliday this weekend at Boekelo. Since she’s been based in the UK for nearly 15 years, she’s not a name we’re that familiar with here on EN, and that’s a shame. A woman of many talents — she’s an upper-level eventer AND a professional racecar driver — Liz stepped up to the plate to compete in her first-ever team competition at Boekelo, and she was the lead-off rider today for Team USA. As I explained in my recap of her test, her lovely mount Fernhill By Night — a 10-year-old Irish Sport Horse gelding better known as Blackie — swapped leads on the centerline before the first halt and salute, which likely marred their scores for the remaining of the test.

But as you’ll see in the video of her test — which you can view here — they really had some lovely moments, and for the horse’s CCI3* debut, I think he really had a lovely test. Liz was kind enough to speak with me right after her test, and she was quite hard on herself about that swap. But if we’re going to go after Ze Germans, we need riders who refuse to look past those little mistakes, and I applaud Liz for her commitment to riding the absolute best test she can. Kudos to Liz for making it through dressage day in her first appearance as a member of Team USA. And I have to point out that she hails from Fallbrook, Calif., which is just minutes from where I grew up in Vista, Calif., in northern San Diego county. Go Avocado Capital of the World! 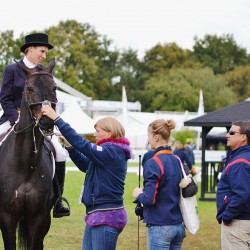 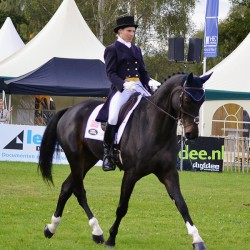 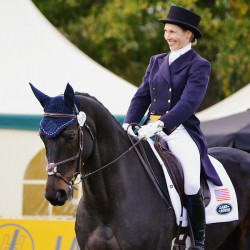 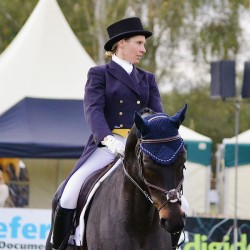