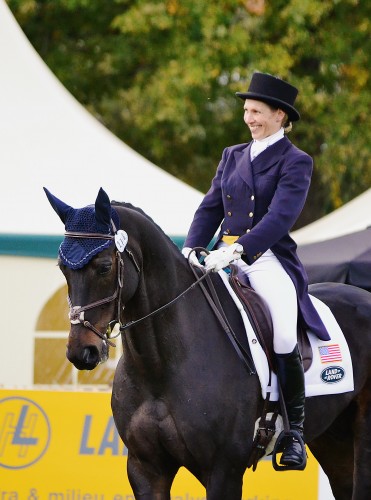 Liz Halliday and Fernhill By Night

The whole U.S. contingent gathered ringside this afternoon to watch Liz Halliday and Fernhill By Night perform their test as the first out for Team USA. This is the first CCI3* for “Blackie,” a 10-year-old Irish Sport Horse gelding who just moved up to the Advanced level this year but thus far has shown himself very capable every step of the way. He proved that again today by handling the big atmosphere at Boekelo with poise, and Liz said she was very happy with him when I spoke to her after her test. Unfortunately, Blackie swapped on the centerline right off the bat, a bobble Liz said she’s never had happen with this horse before. 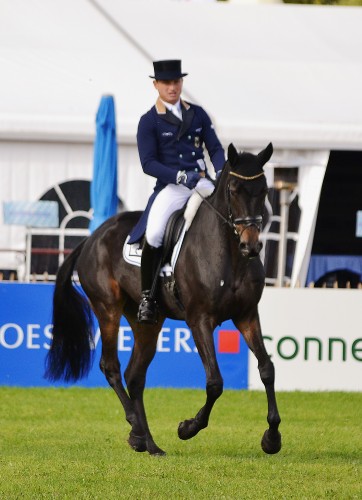 As often happens with mistakes early in the test, I think the judges had that blip in mind when scoring the rest of the test, which was very solid to ultimately score 51.8 to put them just inside the top 20. They had a beautiful halt and reinback — which has been tricky today for many riders as their horses have struggled with the big atmosphere — and her canter depart after the reinback was one of the best we’ve seen all day. For Blackie’s debut at the CCI3* level and Liz’s first team competition, I’d say this was a very good performance. I caught Liz for a video interview right after her test, so you’ll hear much more about her test in her own words once that finishes uploading. 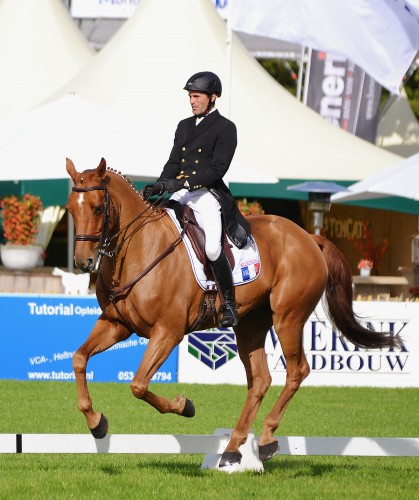 German Julia Krajewski and Lost Prophecy held the lead for the entire first half of the day, but we didn’t have to wait long for someone to challenge her score, as Michael Jung and Fischer Rocana FST sailed into first place on a 39 as the first ride after the lunch break. This little mare is just 8 years old, and she looks like quite an opinionated horse. In typical Terminator style, they worked beautifully together, even with the mare seeming a bit tense and distracted by the atmosphere. If she can throw down a 39 at just 8 years old, think about how good she’s going to be a year from now — just one more top-notch horse in Ze Terminator’s arsenal. 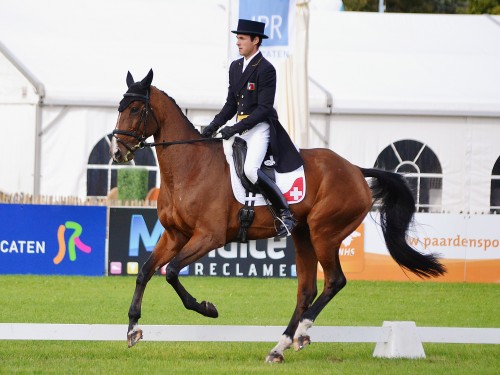 We also saw a very good test from French rider Geoffroy Soullez and Madiran du Liot*HN, who scored 39.2 to sit just behind Michael in second place provisionally. I’ve never seen this striking chestnut before, and he had some of the nicest changes we’ve seen so far today. I spotted Michael Jung coaching Swiss rider Felix Vogg in warmup before his test, and some of Ze Terminator’s luck must have rubbed off on him, as he scored 41.8 to move into third place with Onfire, one of several Thoroughbreds competing here at Boekelo. And Tim Lips, who has twice been the Dutch champion, let the hometown crowd know he means business this weekend, scoring 44.4 with Concrex Oncarlos for seventh place provisionally. 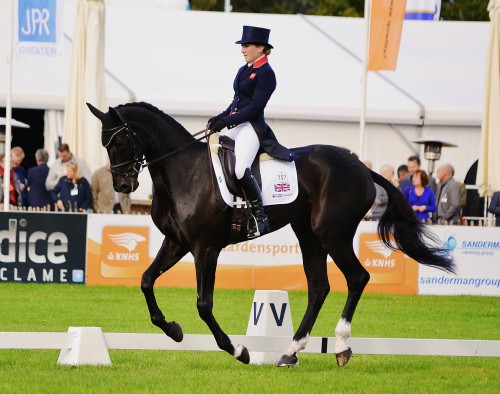 Michael’s test sent Germany firmly into a commanding lead in the Grolsch Nations Cup team standings, while Geoffroy’s test moved the French team into second place a full 17 penalty points behind ze Germans. Australia is currently holding third place in the Nations Cup standings. We’re moving into the final riders of the day here at Boekelo, where the clouds are rolling in and temperatures are hovering at a balmy 50 degrees. In addition to the videos I’m posting to my YouTube Channel, be sure to check out Boekelo TV, who have been kind enough to interview many of our Americans and will be uploading lots videos throughout the weekend. Stay tuned for much more from Boekelo. 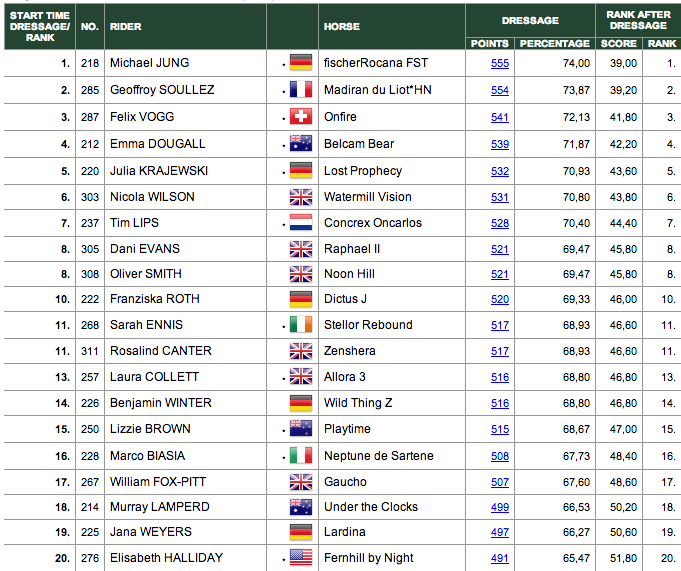