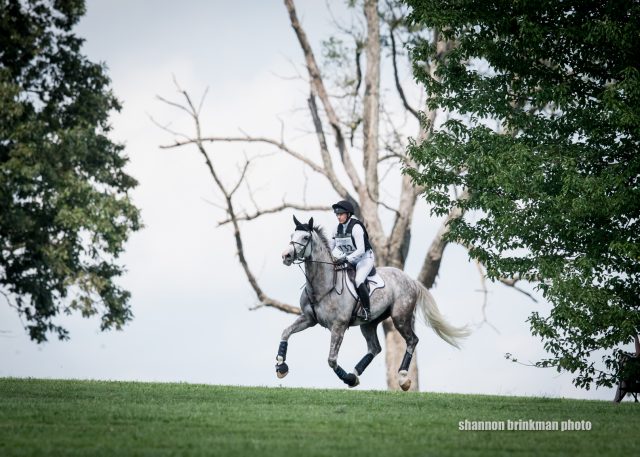 It’s been since 2018 that we’ve seen the popular Park Equine Kentucky Classique at Kentucky Horse Park in Lexington, KY, but the late-summer staple will return to the calendar over Labor Day weekend (September 2-4) to offer riders a chance at an upper-level run. Kentucky Classique will also serve as Area 8 Championships once more this year.

“The Kentucky Classique was a standard fixture on the fall calendar for years,” longtime organizer Mary Fike said. “When the USEA was looking for a site to host (American Eventing Championships) in this general vicinity, Equestrian Events, Inc. [EEI] and I put our heads together and thought there was a possibility that we could host them, but it meant putting Kentucky Classique on hold for a little while.”

The USEA opted to run AECs at Kentucky Horse Park in 2019 and 2021, with one year skipped in between due to COVID-19. This year, the AECs will be held at Rebecca Farm in Kalispell, MT, but the Championships will return to Kentucky for 2023 and 2024. For this intervening year, however, Mary and her colleagues wanted to ensure riders in the area still had an upper-level target if they needed one. And with Advanced events difficult to come by with the advent of an updated calendaring process from US Equestrian, a good run is quite valuable in terms of fall season prep. But with the years off, Mary wants riders to know that the Kentucky Classique is back on the calendar this year.

“Whether or not the upper level riders are aware of it this year because it snuck in a bit under the radar remains to be seen,” she commented. “But we hope they will support it. Jay Hambly is a well-respected course designer, and Derek di Grazia was just here on an advisory role and was very happy with what he saw. We have the ability to aerate and irrigate the ground, which is really great this time of year when the ground can be hard.”

Kentucky Classique can trace its roots back to the 1990s, when it evolved out of a date held by the former Haypenny Fall H.T. When Haypenny ceased running in 1997, Kentucky Classique stepped up to fill the void and will now celebrate its 31st year of running this year. It’s an event that’s home-grown by nature, not running under the funding or support of a larger organization like some of its counterparts.

“The Kentucky Classique is not supported by any board or organization, so we weren’t really able to underwrite a lot of things ourselves,” Mary explained. “We’ve always tried to step up and do what can be done, so we added an Intermediate and we ran for a few years with some FEI divisions. This year, we looked at the calendar and we really wanted to keep an Advanced on these dates at the Horse Park.”

Mary cites a great working relationship she and EEI have with the USEA, which has allowed them to use some of the fences originally earmarked for use in the AECs for the return of Kentucky Classique, saving costs along the way. She anticipates the event running during years when AECs are not held in Kentucky.

Entries for Kentucky Classique are currently open and will close on Tuesday, August 16. Divisions offered include a Beginner Novice Three-Day along with Horse Trial divisions from Starter through Advanced. The cross country courses are noted to be moderate to challenging for all levels, making it a perfect test for those seeking a fall set-up.