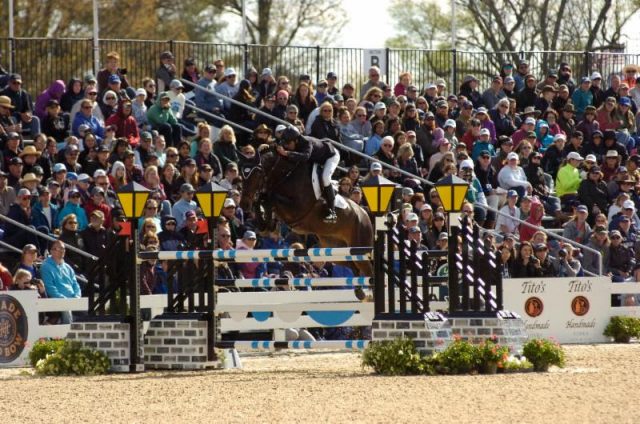 Even if you dwell in the most remote, secluded reaches of the eventing world cave, you’ll recognize many of the names on the 2019 entry list for the $225,000 Kentucky CSI3* Invitational Grand Prix presented by Hagyard Equine Medical Institute, taking place after cross country on Saturday at the Land Rover Kentucky Three-Day Event.

Among the 30 accepted entries: 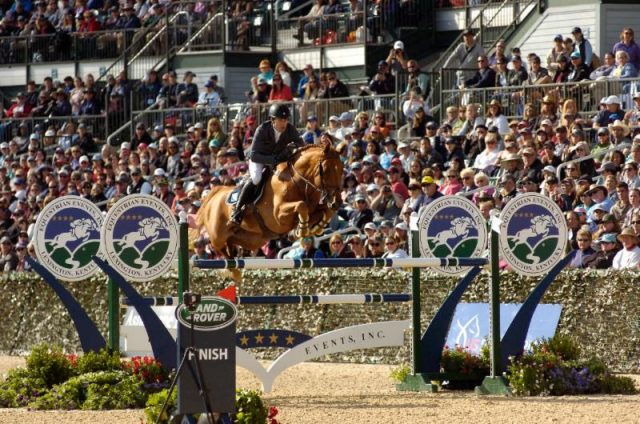 Conor Swail of Ireland, who finished 3rd in the class last year. Photo courtesy of LRK3DE.

There will also be a $36,000 Welcome Speed Cup 1.45m ranking class on Friday, April 26, at 6 p.m. in Rolex Stadium, after the day’s LRK3DE dressage competition. No stadium seat ticket is required for the Speed Cup.

Re-live the action of the inaugural 2018 Grand Prix, which drew an audience of over 10,000 spectators: