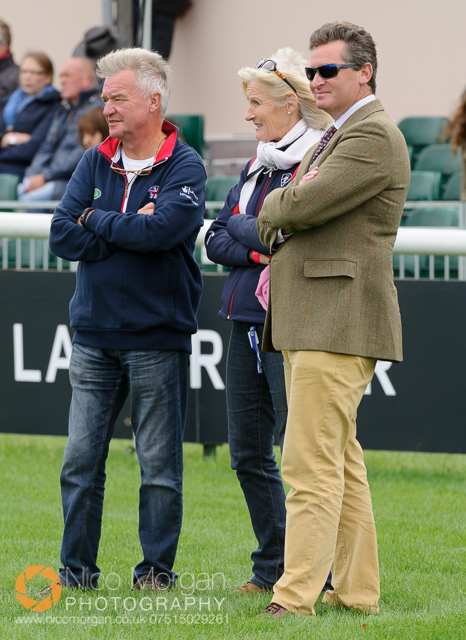 Many thanks to Lucinda Green, a two time former winner of Burghley and of course six time winner of Badminton and medals too numerous to mention, for sitting down to chat quickly about the big, bold course the riders will face shortly. Lucinda thinks …

“It’s a cracker. It’s as big a course as I’ve seen, and I’m thrilled because the standard has to be raised at the top end in order for the sport not to just dwindle into a show-jumping and dressage competition. My worry is that the horses and riders are not going to be prepared because the events below this have become tamer and tamer.

“This year particularly we had Luhmühlen CCI4* that was no way a qualification for this, Saumur which was more like a two and a half star and Badminton which wasn’t a four star in the vein it needs to be.  We’ve had two good three stars at Bramham and Tattersalls and furthermore the Advanced One Day Events don’t really ask enough because there’s always another one you can go to that will be easier. Therefore horses are going to get their qualifications and have got here really possibly not ready.

“Also I think fitness wise people don’t realise how fit they’ve got to be and this is a serious course because it’s maximum stretch the whole time, and the idea behind a four star is there shouldn’t be too many let-ups and there aren’t. Mentally I think the riders and the horses are going to get very tired, so I’m delighted because I think it’s a very brave course and I think there’s a lot of flow to it if you are prepared to go the straight ways, there’s a lot of flow and I don’t think it’s unfair — the horses can see what they’ve got to do, there’s not a trick.” 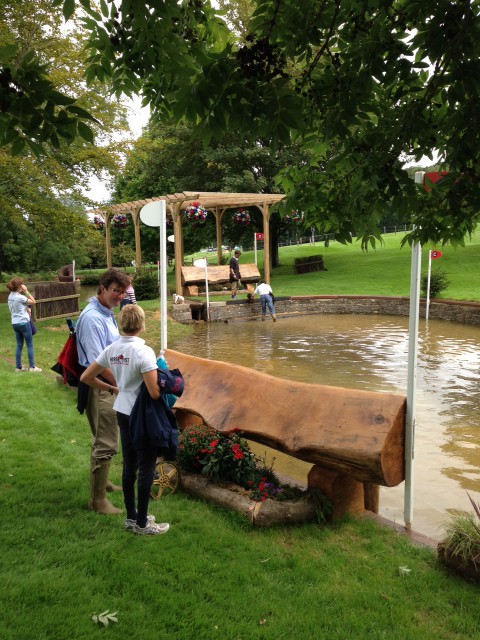 “Probably the most difficult fence is the Trout Hatchery because it happens so quickly and the horses will be tired, most of the other fences aren’t happening as quickly as that. It’s very demanding and I am absolutely delighted that it is, but I am slightly nervous that it will cause too much trouble and then Burghley as a course will be blamed when in fact what should be blamed is the steps below it aren’t sufficient.” 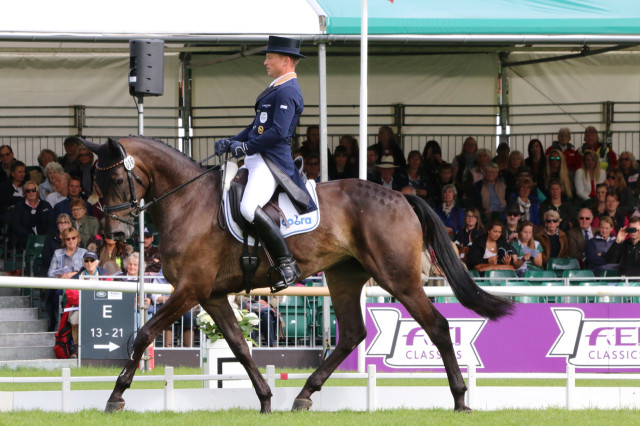 “I wouldn’t mind sitting on the mare of Michael Jung’s” fischerRocana FST. Photo by Samantha Clark.

Which horse would Lucinda pick to ride around the course?

“I wouldn’t mind sitting on the mare of Michael Jung’s [fischerRocana FST] because I think she’s been taught to find her way across country and think for herself, and hopefully she’s scopey enough! She’s certainly scopey enough to jump a fence as big as this, but there’s thirty of them.

“The other thing I shall be very interested to see is Michael Jung I don’t think will ever have hit a course that demands such a level of fitness so I’ll be interested to see if his horses are fit enough. He’s such a consummate professional and such a brilliant man that I can’t believe they won’t be, and I know where he lives on the Bavarian hills so I think they’ll be fine.

“There’s another horse I’m looking forward to watching — Cooley Business Time with Georgie Strang, I think that’s a really, really good little horse, it’s the first time here for both of them so it’s a big ask. I wouldn’t want anything too big because I’d want to be able to keep up a rhythm and just keep galloping, and they’d be able to just shorten their own stride if they were wrong and get over the fence; a great, big rangy horse will get quite tired I would think, from being pulled together all the time.”

Many, many thanks to Lucinda for her time and words of wisdom. Cross country starts within an hour and we’ll be live tweeting as well as joining Horse and Hound‘s live stream commentary. Wishing all the riders and their teams the very best rides today, safe and speedy, and fingers crossed for a good day’s sport. Go Lucinda Green the legend, and Go Eventing at the Land Rover Burghley Horse Trials Cross Country Day.