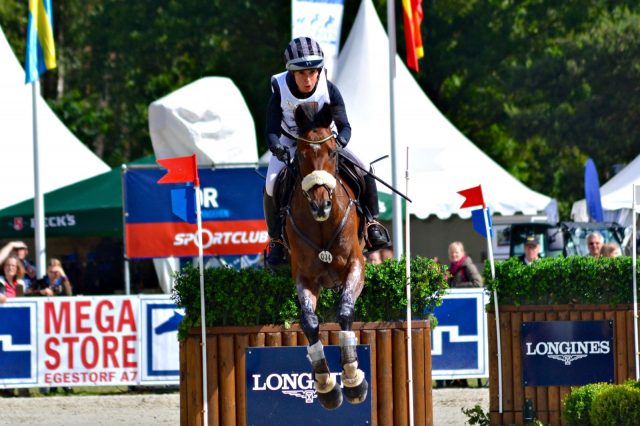 Bettina Hoy and Seigneur Medicott stole the Luhmühlen CIC3* lead by a cushy five-point margin yesterday, scoring an impressive 26.3 in the dressage. They gave nothing away on the cross country course today, turning in a double-clear trip that shut the door on any opportunity for others to overtake her on the leaderboard.

The first seven spots are occupied by a who’s who of Germany’s eventing elite and their first-string mounts:

As we mentioned earlier in the week, the CIC3* is the place to be for those looking to show German team selectors that they’re in top form for the Europeans at Strzegom in August, hence the high density of top riders. A list will likely be released after this weekend of pairs in contention, with Aachen being the next opportunity for them to make their case for a spot on the squad.

“Mickey was fantastic!” Bettina said after her ride. “It was so much fun! The crowd was really supportive, thank you so much. The Europeans are of course my dream, especially with this wonderful horse, but the decision lies with the German team trainers.” 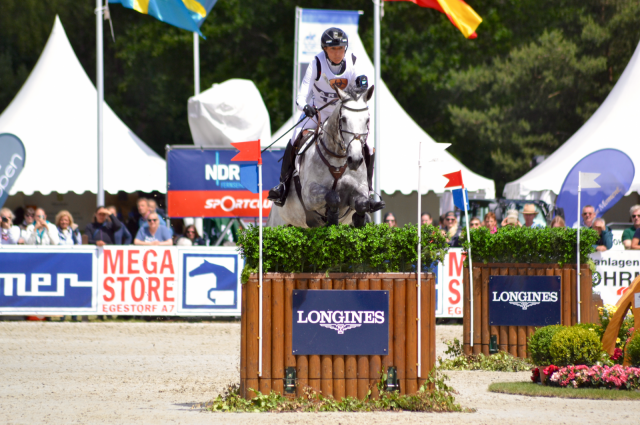 Ingrid, who sits second and third, remarked on her two time faults with Horseware Hale Bob OLD, which resulted in a switching of places between her two horses: “It is a little annoying about my time faults with Bobby, as the optimum time had been adjusted without my knowledge, which is why I thought I was well within the time. I should have double checked this morning.

“Apart from that, the course rode beautifully. The footing was excellent, every jump was thoughtfully built. It wasn’t too easy and concentration was needed throughout. Every question was followed by an easier fence for horses to take a breather. This worked particularly well for the younger horses, which gave them a motivating round.” 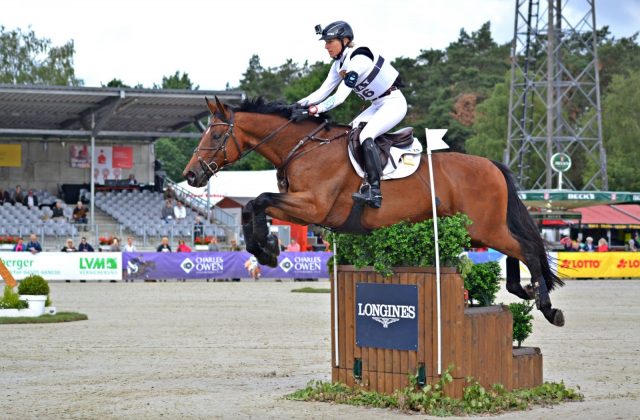 Luhmühlen was the first three-star effort for Star Connection, piloted by Michael Jung. “The gelding was brilliant, I really enjoyed my round with this fairly inexperienced horse,” Michael says. “He answered all the questions really well, he has a lot of potential. I am very happy.” 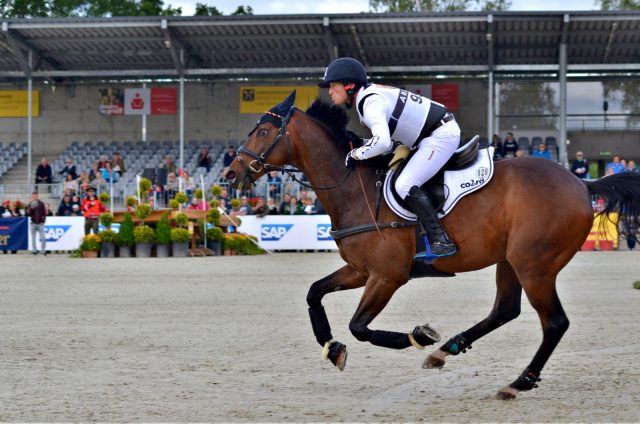 Julia Krajewki rounded out the top five with Chipmunk FRH. 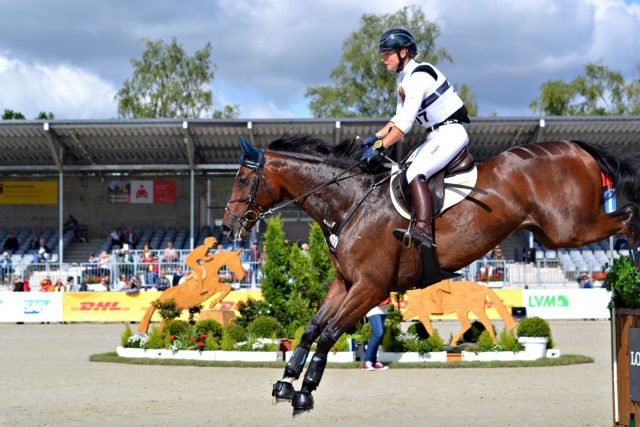 Our sole U.S. representative in the CIC3* is Hannah Sue Burnett with RF Demeter, who went clear with 4.8 time to move from 18th to 24th position on the tightknit leaderboard. This is the pair’s first three-star as a team and they looked dynamite out there; I watched them come clocking around the arena, where they sailed over a couple big tables and made short work of the double of skinny brush wedges.

I look forward to catching up with Hannah Sue after her CCI4* ride on Harbour Pilot and will update this post with her comments on Demi’s round later. 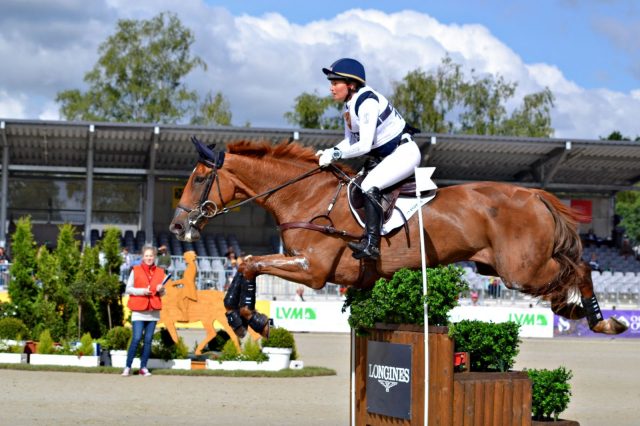 The CCI4* begins at 1:20 p.m. local time (7:20 a.m. EST), and Sally is up early bringing us the live updates. It’s a beautiful, challenging course — check out our course preview here. Watch live on FEI TV and of course keep it locked on EN for all the latest from Luhmühlen 2017. Go USA! Go Eventing!