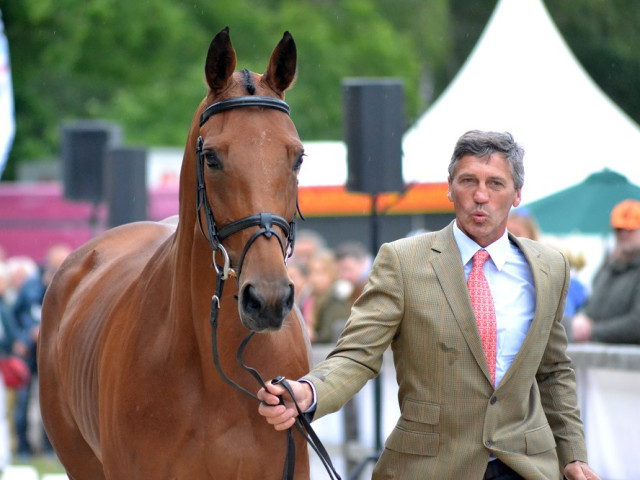 Andrew Nicholson and Qwanza at Luhmühlen 2015. Photo by Leslie Wylie.

Entries for Luhmühlen, which will be held June 16-19 in Germany, were released this morning, with 40 horses and riders entered in the CCI4*. Boyd Martin and Lucy Boynton Lie’s Crackerjack are the sole four-star entry for North America, re-routing following a fall at Badminton earlier this month.

For Canada, Rebecca Howard and Blithe Hill Farm’s Riddle Master are entered in the CIC3*, as are Kathryn Robinson and her own Let It Bee.

Andrew Nicholson, who withdrew from Badminton over concerns that his fitness wasn’t where it needed to be following his accident last fall, has two horses entered in the CCI4* in Perfect Stranger and Qwanza.

Great Britain is well represented in the CCI4* with 15 horses and riders. William Fox-Pitt, who withdrew from Badminton after a fall from Parklane Hawk in their final preparation at Weston Park, is not entered at Luhmühlen.

After winning three of the last four CCI4* events on the calendar at Burghley, Rolex and Badminton, Michael Jung will sit this one out. Most of the German contingent is entered in the CIC3*, with only four combinations representing the host country in the CCI4*.

“As Hans Melzer has predicted, most of the German team riders are going to compete their experienced horses in the CIC3* Meßmer Trophy this year because it suits them better in the preparation for the Olympic Games in Rio,” event director Julia Otto said. “This is certainly going to make the German Championship exciting to watch.”

Bettina Hoy will ride Seigneur Medicott in the CCI4* after finishing 13th in the first leg of Event Rider Masters at Chatsworth this past weekend. The other German CCI4* entries are Julia Krajewski with Samourai du Thot, Kai Rüder with Colani Sunrise, and  Andreas Dibowski with It’s Me xx.

“Last year’s courses were influential and difficult enough but fair for the horses. I’ve decided to ride It’s Me xx in the four-star test to stabilize the horse at this level and let it gain further confidence. Avedon has had a great preparation for Badminton and lived up to our expectations there,” Andreas said.

“Now I want to shift down a gear at good test conditions. Luhmühlen for me for many years one of the best events because we can expect predictable conditions — not only regarding the ground but also the cross country courses.” 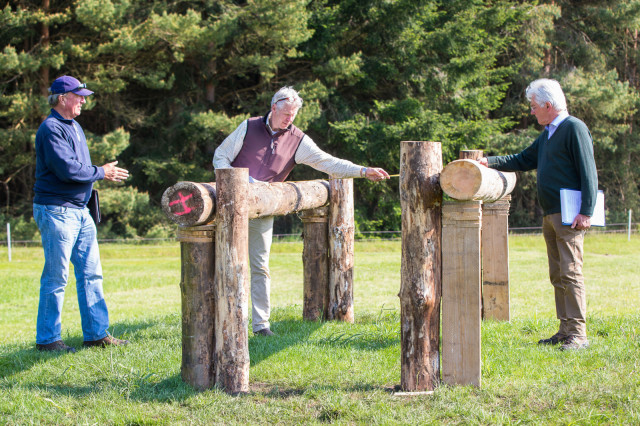 Course designer Capt. Mark Phillips reversed the direction of the course last year, and this year’s course will follow the same track.

“Last year’s course went well and if it’s not broke, don’t fix it. The questions are still very different, though. In the four-star competition, the first three fences are the same, after that it’s all new. Safety is always our focus and the first thing we think about. I think the course is very fair to the horses,” Mark said.

“As ever it’s a true four-star-test and the riders have to concentrate all the way round. I don’t think there will be one influential fence but a number of significant questions spread evenly throughout the course.

“Again, we have used frangible devices in every place possible but the most important safety aspect is the riders respect for the jumps. Therefore we are always trying to find the balance between forgiving fences for the horses and questions that are taken seriously by the riders.”

Eighteen total nations are represented between the CCI4* and CIC3*. Click here to view the full entry list for Luhmühlen.