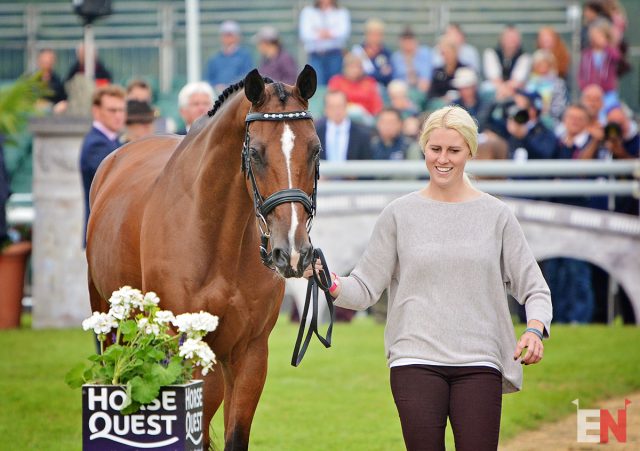 The USET Foundation awarded 25-year-old Mackenna Shea with the 2017 Amanda Pirie Warrington Grant. This award is given in memory of Amanda to an emerging athlete with the talent and ability to represent the U.S. on the world stage.  Mackenna will receive up to $5,000 to use towards training expenses over the next year.

“It’s a huge honor and I was totally surprised,” Mackenna said. “I had a really good year, but I had a lot of support and I have a really great horse. It’s very rewarding to be considered for something like this and I hope next year is even better!”

Mackenna spent the summer competing in Europe thanks to the Karen Stives Eventing Endowment Fund Grant. While there, she and her 15-year-old Bavarian Warmblood, Landioso, competed at the Barbury Castle CIC2* and finished 24th at the Burghley CCI4*.

The pair has been competing at the three-star level since 2011 with numerous top finishes. They completed their first four-star last year in Kentucky where they finished 29th. Mackenna plans to return to the Land Rover Kentucky Three-Day Event in the spring.

“I am planning to going out Florida in late February and I hope to use the grant to help me get out there and pay for lessons,” Mackenna said. “That’s going to be a huge benefit for me, not having to worry about how I am going to make it work. I am going to use that as preparation for Kentucky, hopefully.”