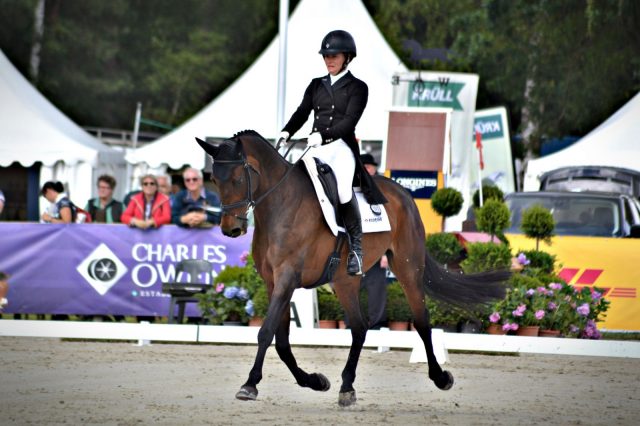 Hannah Sue and “William,” a 14-year-old Irish Sport Horse owned by Ms. Jacqueline Mars, presented a lovely, flowing, expressive test, earning a mark of 44.5 from the judges. After garnering a career best dressage result of 37.2 in the Houghton Hall CIC3* just weeks ago Hannah’s expectations were high, and she came out of the arena picking the test apart: a little wiggle in the left shoulder-in, a hiccup in the flying change on the long diagonal … but ultimately she felt that it was a legit performance, and wondered if they might have gotten scored a bit low.

“He was a good boy,” she says. “He tried hard and he liked the atmosphere, which was nice.” 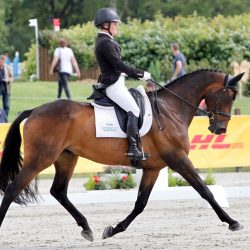 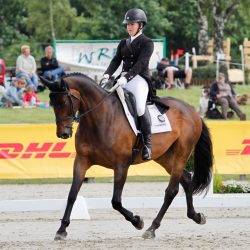 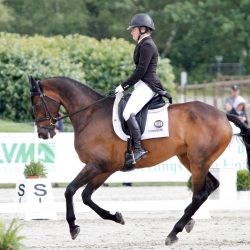 The blustery threat of a midday shower was in the air when they entered at A, but it held off throughout the test. “I’m glad it didn’t rain until we were done because he was putting his butt toward the wind a little bit,” Hannah said.

(The weather was less generous to Michael Jung and fischerRocana FST earlier in the day in the CIC3*; the skies opened up during their test, eliciting an uncharacteristically tempestuous entrance from the mare, although they managed to claw their way back up throughout the test to sit seventh heading into cross country).

Hannah and William are looking for a post-Badminton comeback tomorrow, and they’re in a great position to accomplish that goal. “I feel determined to be good,” Hannah says. “I walked around Badminton like, ‘I don’t know if this is possible’ — I think everybody was feeling that way. And then walking this course, it looks really nice. I mean, it’s a four-star, it will be tough, you’ll have to ride hard but it looks inviting and well laid-out.” 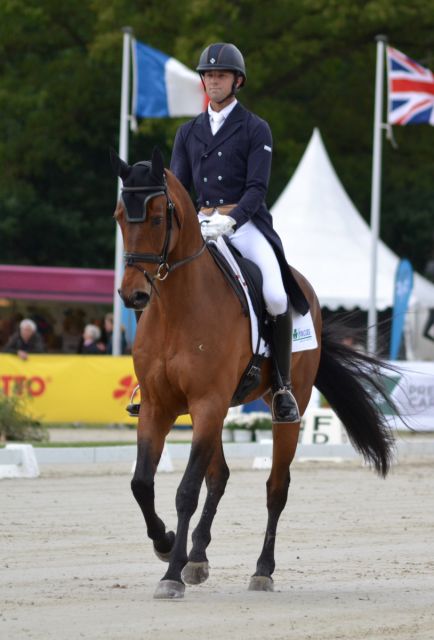 Will Coleman and Obos O’Reilly were giving the judges the razzle-dazzle for the first part of their test, and their early marks would have ushered them straight into the top 10. But then “Oboe,” a 14-year-old Irish Sport Horse gelding owned by Brian O’Reilly and the Four Star Eventing Group, broke character a time or two, spooking at the Longines clock, or the chilly breeze blowing up under his tail, or … Will isn’t quite sure what what.

Will has a great poker face, though, and his “just me ‘n’ Oboe chillin'” expression gave nothing away when his horse went off script. Their overall high quality test and poise earned them a 48.1, good for 19th position heading into cross country. 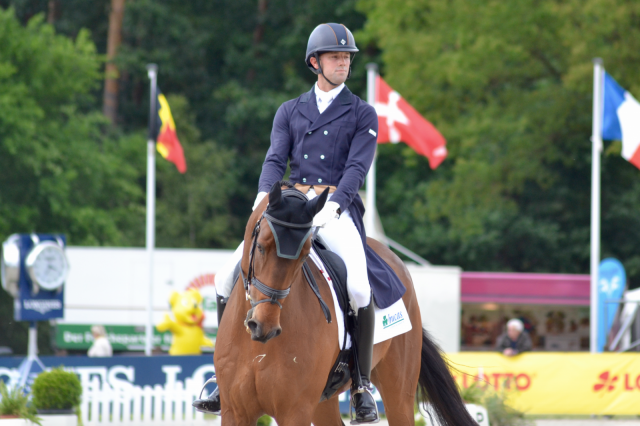 “We could have been a few marks better, but that’s always been him,” he says. When it comes time to run and jump, though, his quirks are in the rearview: “For better or worse, he’s been a good cross country horse.”

While Will and Oboe are a seasoned four-star pair — 2017 marks Will’s third trip to Luhmühlen, and together they placed sixth at Rolex last year — but Will says he’ll be taking nothing for granted on the cross country tomorrow.

“It’s a classic Mike Etherington Smith course in that it looks really inviting and I think everyone is feeling good about themselves, but if you lose your concentration for a minute out there, you pay,” he says. “It doesn’t take much to screw up. Other people can be as disrespectful as they want but I’m going to respect the hell out of it, and to me, it’s the hardest four-star I’ve ever seen.” 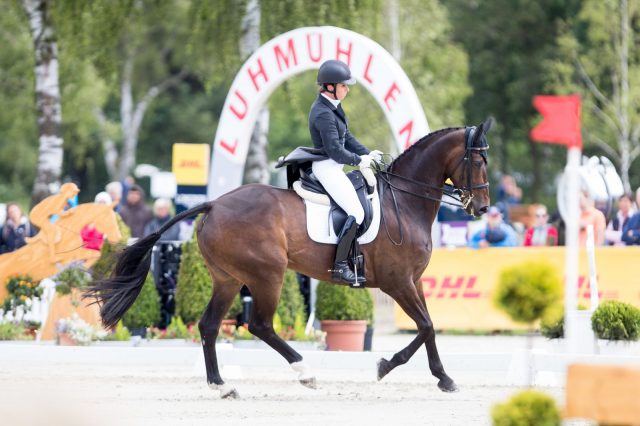 Germany’s Bettina Hoy and Designer 10 edged into the top spot on 36.0 penalties.

“Designer was really relaxed today,” says Bettina, who won this event in 2005 with Ringwood Cockatoo and is also currently leading the CIC3* division with Seigneur Medicott. “I was a little annoyed about the small fault we had in the first extended trot, but otherwise he felt great. In fact, the last trot was so good I almost forgot to halt for the final salute!“ 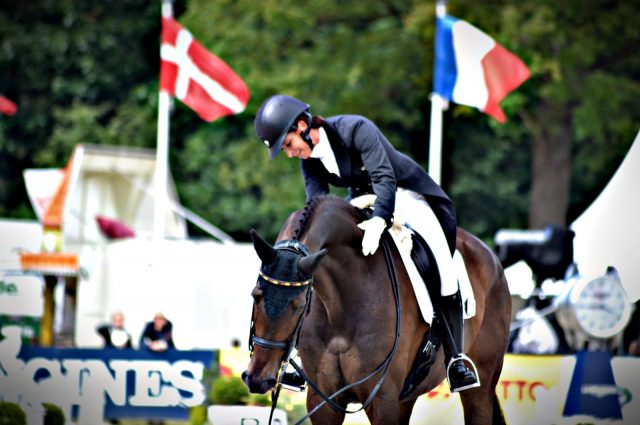 Julia Krajewski, also of Germany, moved into second with Samurai du Thot on a 37.1, and the U.S.’s Marilyn Little and RF Scandalous round out the top three on a 38.0. 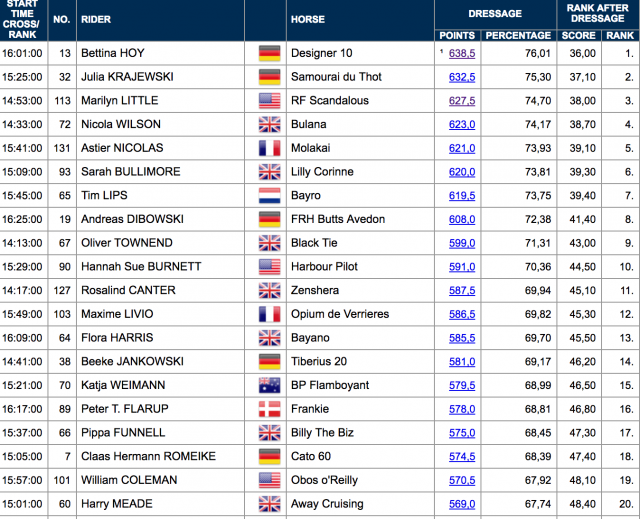