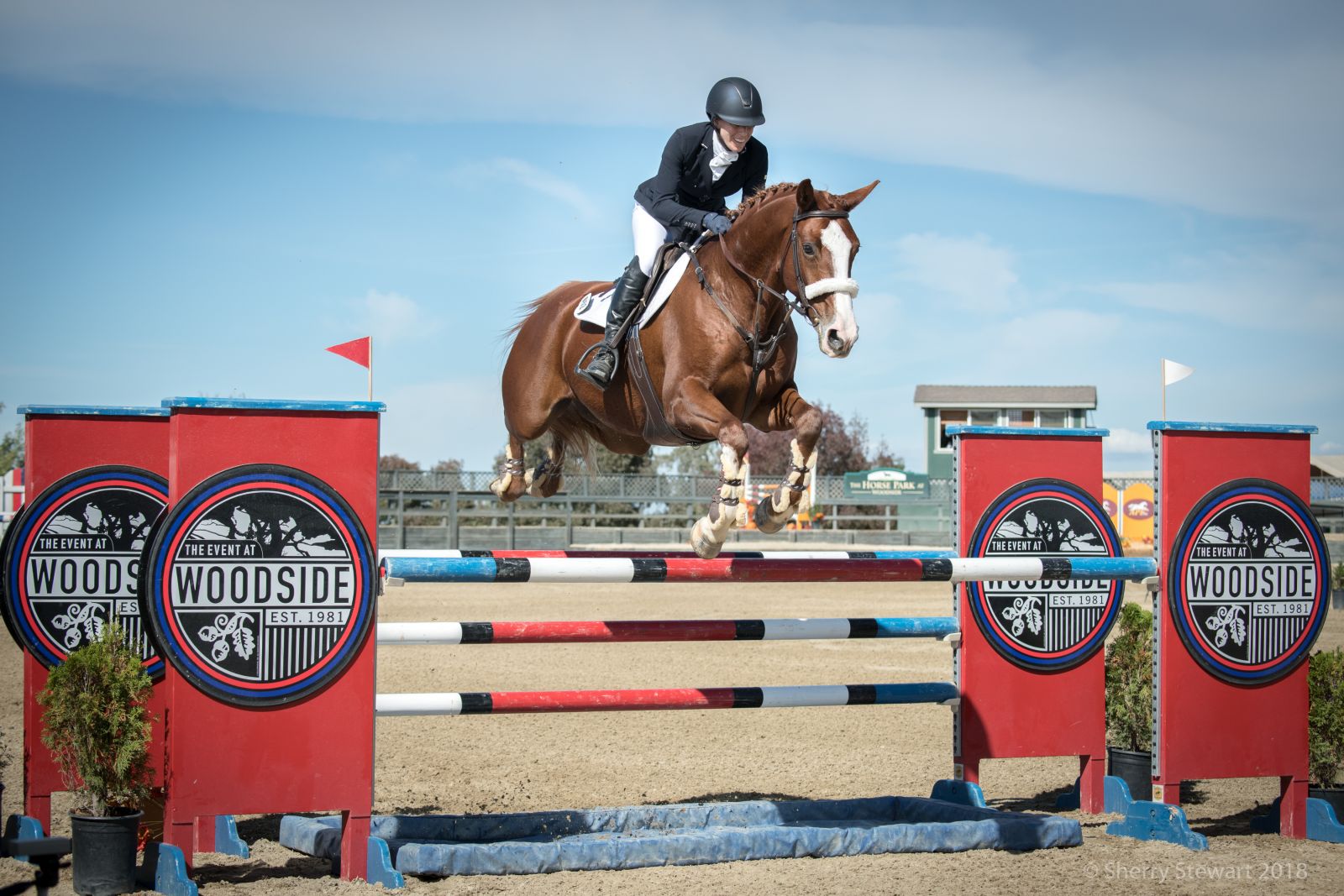 Marissa Nielsen and her own Vinetta M are in a very favorable position after the first two phases at the Woodside CIC3* — right at the very top in the pair’s debut at the level.

Marissa and the 9-year-old Hanoverian (Caproni x Parodie, by Pommery) earned a 34.8 in the dressage before having one pole down and one time penalty for a current score of 39.8. These two are in fine form, coming to Woodside off a third place finish in the CCI2* at Rebecca Farm over the summer, followed by a clean cross country run in their Advanced debut at Twin Rivers in September. 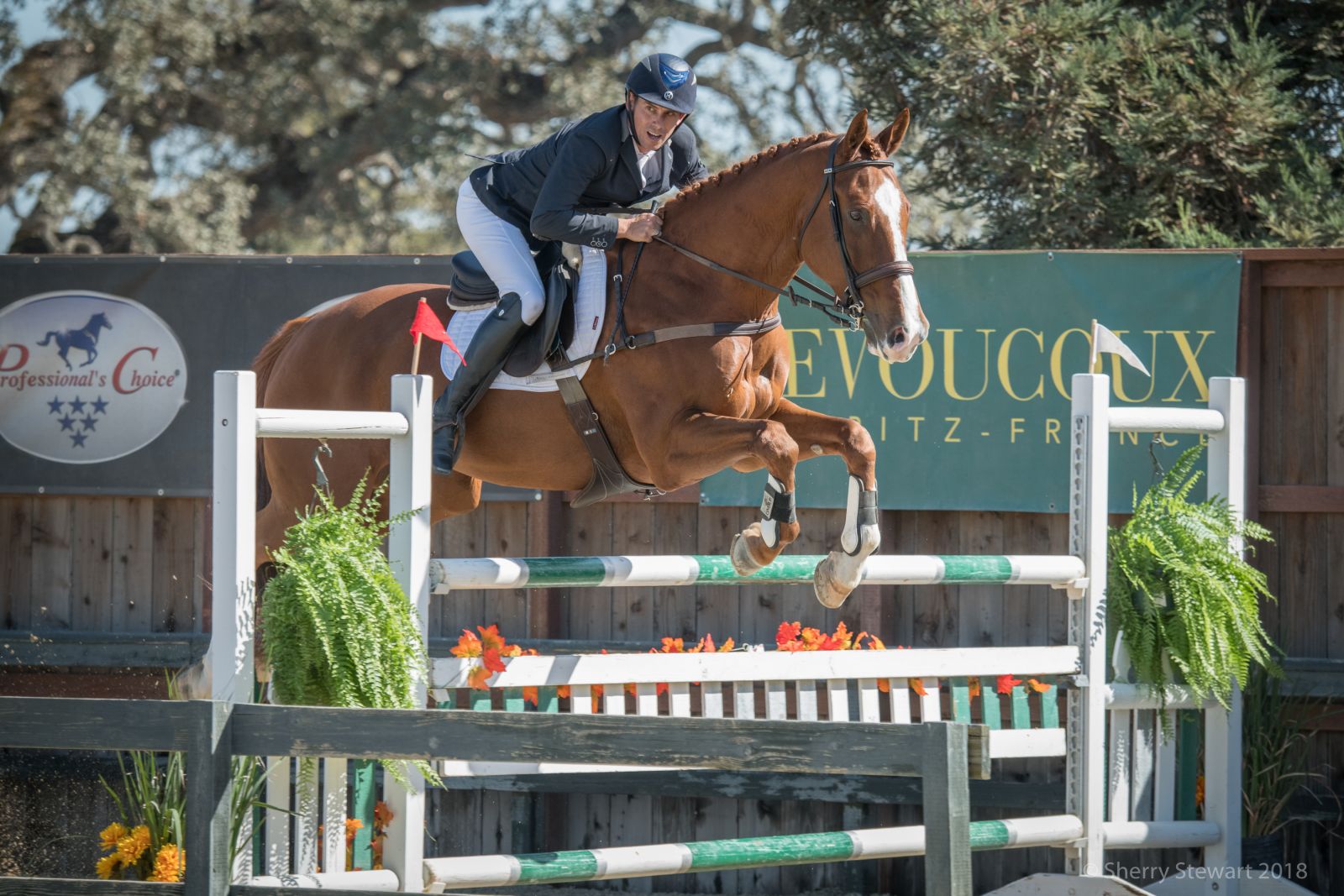 Alexis Helffrich is second aboard London Town, an 11-year-old Thoroughbred/Warmblood (Laitin x  Kildara Baylee, by Rising Fortune) owned by Pamela Williams. After posting a 34 in the first phase, the pair had two rails and 7 time penalties to sit on 49 points. 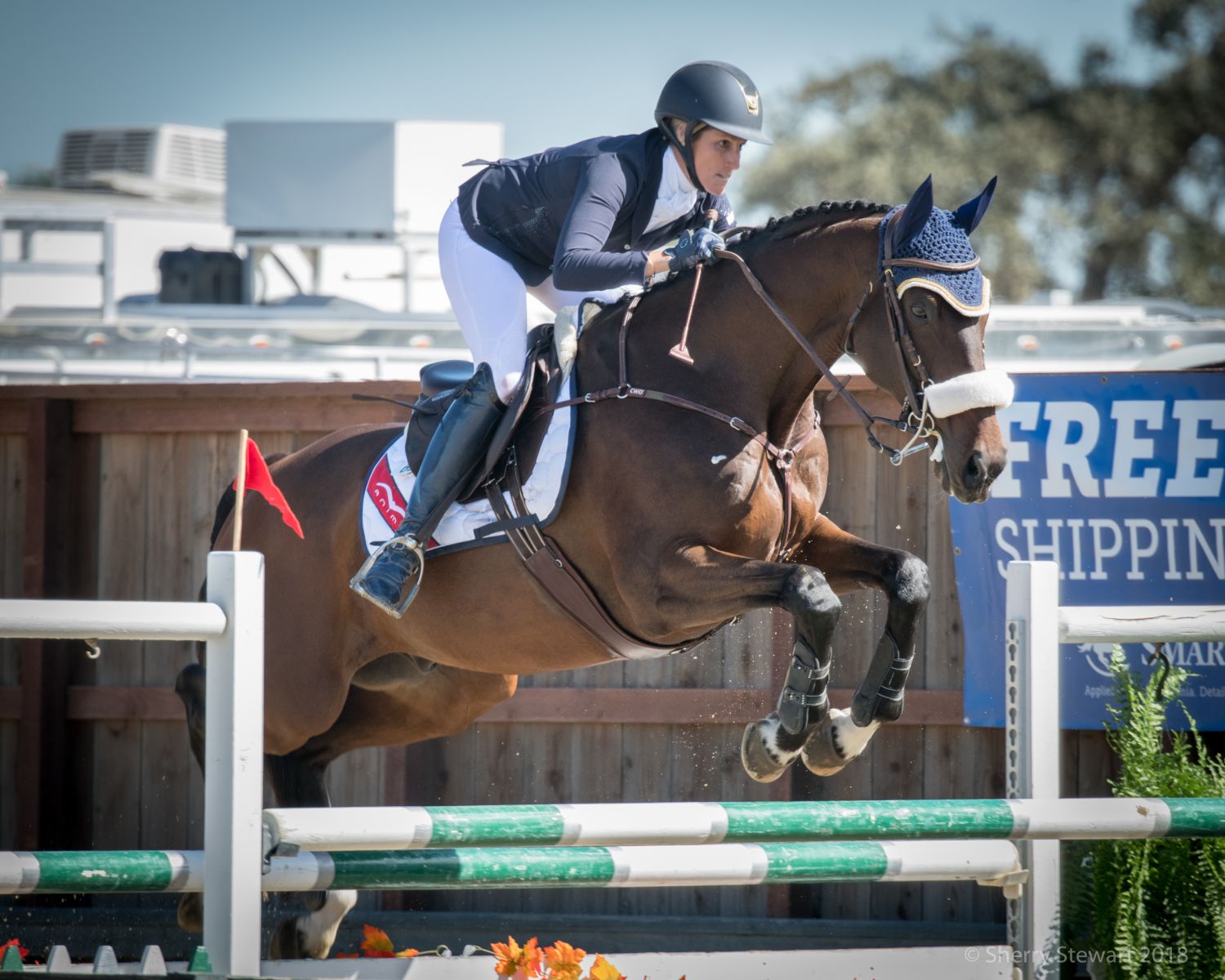 Bec Braitling piloted Andrea and Connie Baxter’s Soaring Bird to third in the division. The 12-year-old Thoroughbred (Birdonthewire x Vuelta, by Far North), earned a 41.3 in the first phase and had two down + four time penalties for a two-phase score of 53.3

Kerry Groot and Borasco are fourth on 58 penalty points, and Liza Horan is sixth with Lafite on a score of 58.3. 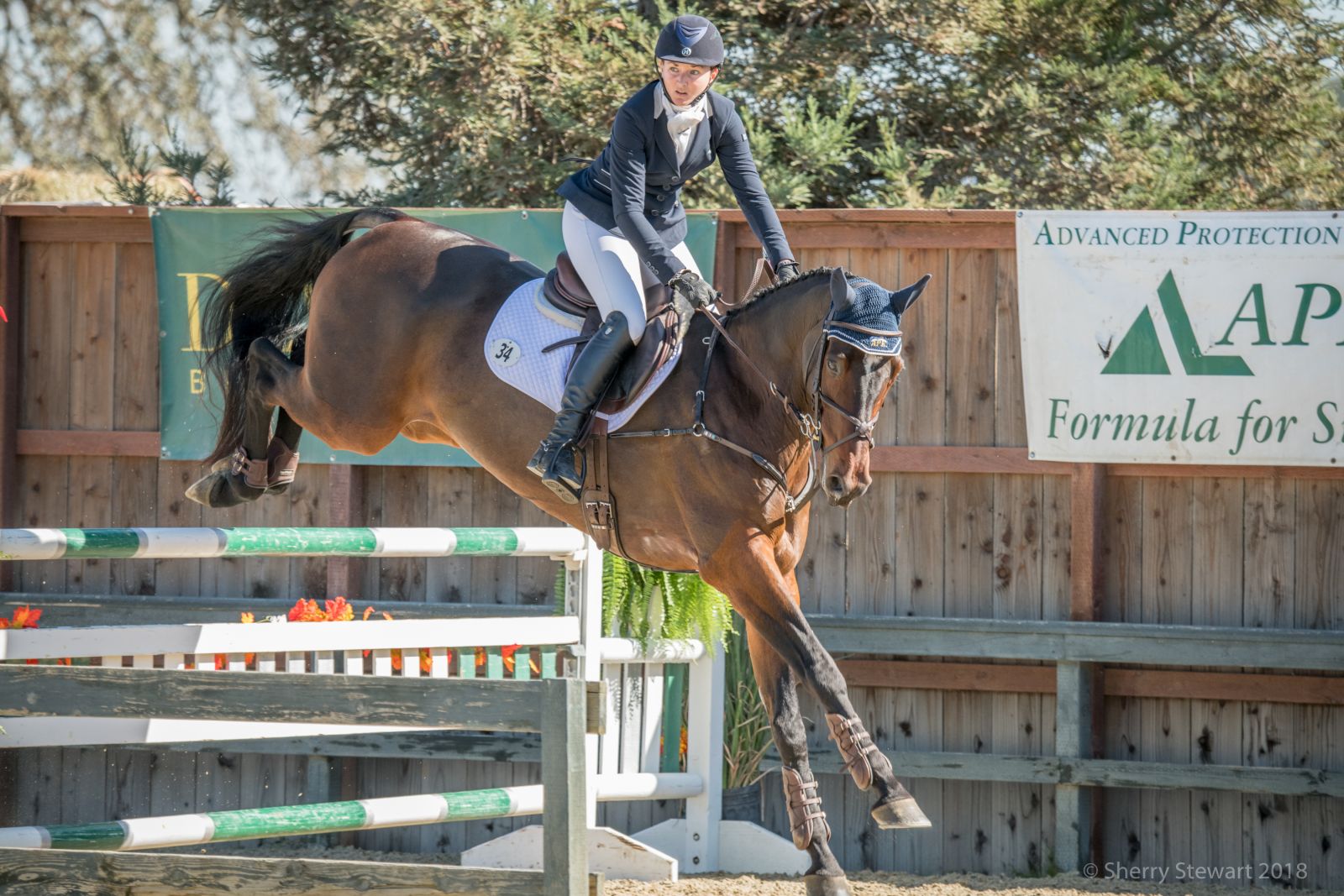 Amber Levine is leading the CIC2* aboard her own Carry On. She and the 11-year-old KWPN (Vittorio x Jaraica, by Bredero) jumped clear in Friday’s show jumping to remain on their dressage score of 28.8.

Bec Braitling follows in second with Lauren Burnell’s Santana II, an 8-year-old Oldenburg (Camax L x Hofdame H, by Heraldkik xx), after they had two pesky time penalties in the show jumping for a current score of 29.5. Madison Temkin took third with her own Dr. Hart. The 11-year-old Thoroughbred (Skimming x Moving Memo, by Memo) jumped clear to stay on his dressage score of 31.7. 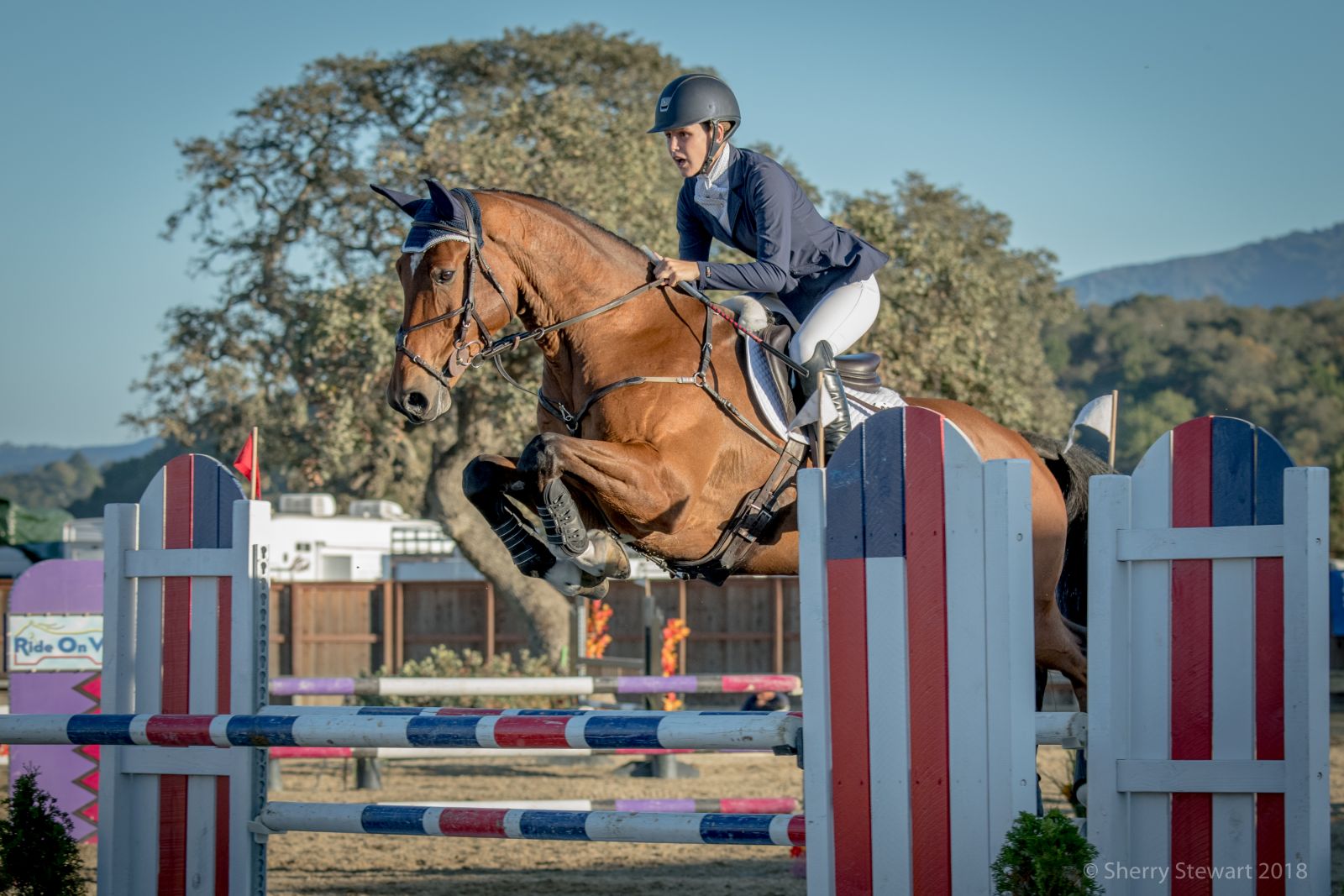 Charlotte Babbitt is out in front of the 32-entry CIC* with her own 2 A.M, a 6-year-old Dutch Warmblood (Sheraton x Regina K). The one-star debutants are sitting pretty on 29 penalty points after show jumping clear.

Alexis Helffrich is second again, this time with M Creme De La Creme SE on a score of 31, and Asia Vedder is third with Isi on 31.1.

The CIC riders head out over Ian Stark’s cross country courses today, Saturday Oct. 6. The one-star starts at 10 a.m. local time, the two-star starts is at 12:15 p.m. local time, and the CIC3* will start at 1:45 p.m. local. You can watch all the action via live stream thanks to Ride On Video at this link. Stay tuned for more from Woodside!