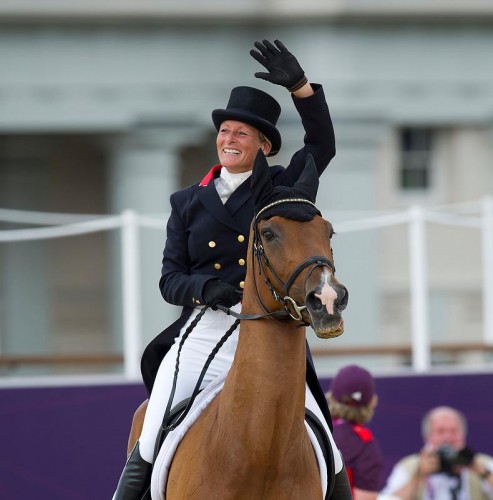 Horse & Hound has reported that Mary King received a yellow warning card at the Young Event Horse Championships at Le Lion d’Angers in October. Competing Cavalier Venture in the CCI2*, Mary received a yellow card for “dangerous riding” on the cross-country course.

“He’s a young horse and he spooked into the first water and landed on all 4 [feet], before having a stop at the fence out,” said Mary.

“It was his first ever stop. They said I shouldn’t have pushed him and should have turned him before the jump coming out.”

Mary said she didn’t think she had done anything wrong.

“I was very surprised. I was just riding him forward into a small set of rails coming out — if it had been a 5-bar gate then I would have turned him, but my reaction was just to kick on,” she said.

Without any photo or video to review to find out what the ride actually looked like, it is hard to decipher the situation from an outsider’s perspective. Yellow cards are given out at FEI discretion on a “first offense” basis, with additional cards carrying stiffer penalties.