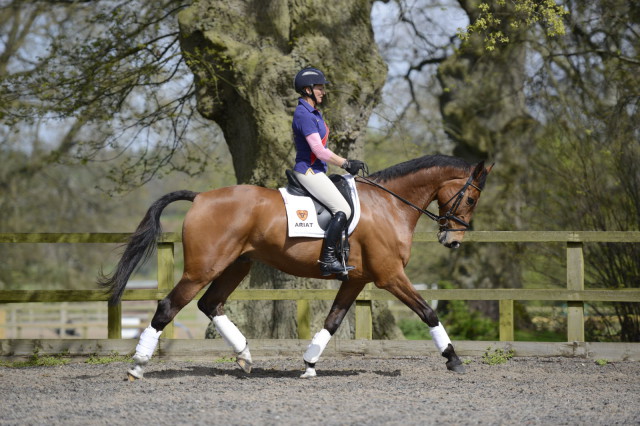 Mary King has exciting plans for the remainder of the year after campaigning her youngsters in 2016. Photo by Bob Atkins.

It’s been more than a year since Mary King retired her four-star partner Kings Temptress. Since then Mary has been quietly producing a small string of promising youngsters that are ready to step up as her next top horses, as well as coaching her daughter Emily at her first four-star appearances.

“I haven’t lost the bug. I would really love to compete at the top again,” Mary says with an eye on next season. “We are still trying to find some more potential superstars, but the really special horses are few and far between. Unfortunately, I have also been having some trouble with neck pain, so have had some down time this year, but it is now improving,”

King Bill, her 6-year-old homebred British Sport Horse, successfully completed his first CCI* at Tattersalls in the summer before placing third at Barbury International and then finishing in the top 10 at Bicton CIC* at the end of the season.

She also has two homebred 6-year-olds that are full brothers, by Christopher Stone’s top stallion Chilli Morning and out of embryo transfers from Kings Temptress. King Robert had a consistent 2016 season, ending the year with a fifth place finish at Bicton CIC*, and Kings Ginger will look to complete his first one-star next season. 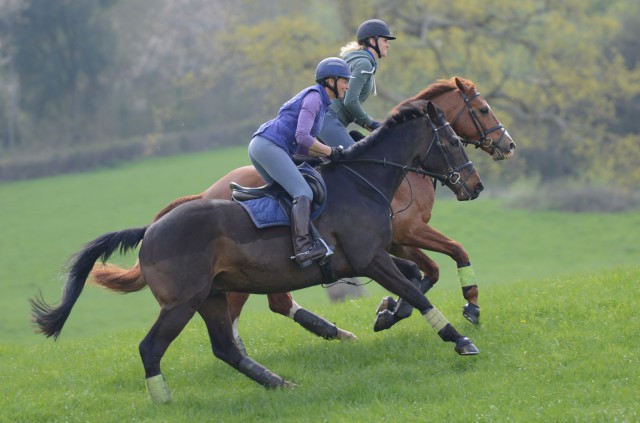 Mary King and daughter Emily have their sights set on Tokyo 2020. Photo by Bob Atkins.

Mary, who decided aged 12 on a Pony Club coach trip to Badminton Horse Trials that eventing was the sport for her, is also heavily involved in the career of her daughter Emily, a fellow eventer of whom Mary is immensely proud. Emily was long-listed for Rio, and recently finished fifth at Ligniere in France with Cooley Currency in the CCI2*. Emily also placed second in the Young Riders CCI2* at Houghton Hall with Dargun.

The team was very disappointed when Emily fell at her first Badminton Horse Trials this year with Brookleigh, after a sterling performance that followed their fourth place at Pau CCI4* the previous season. “That’s horses for you. But roll on Tokyo in four years’ time; Emily and I both want to be there,” Mary emphatically states.

For now, the horses are having a well-earned break. “Emily and I are currently doing some work with the younger ones, and I also have some after-dinner speaking engagements, plus talks and teaching days lined up, including some time overseas. Then I can’t wait to fulfill one of my bucket list wishes: crewing a yacht on a transatlantic crossing!” Mary adds.

Mary is certainly one for adventure and says she is looking forward to her Caribbean odyssey, which will take her away from home over the Christmas period. “I am crewing a catamaran on an Atlantic crossing in December,” she explains. “We plan to arrive in Antigua a few days before Christmas, where my family will fly out to join me for a holiday … hopefully they sell turkey out there.”

We asked Mary what she enjoys about Christmas, and dinner tops the list. “I love a roast turkey and all the traditional trimmings, although if you asked me what I would really like for Christmas, it would be to see world peace and harmony,” she says with her trademark kindness.

The horses will be on their annual winter rest while the family is travelling overseas. “The horses will still be out in the field resting then, so will get their usual food and care from the girls at home,” Mary says. “But they do get a warning that the first of January isn’t far away, and that will be the end of their holiday.”

We wish Mary a happy Christmas season and best of luck for her Caribbean catamaran adventure. And, of course, we will be cheering her on as King Bill and King Robert II continue to step up through the levels next season.