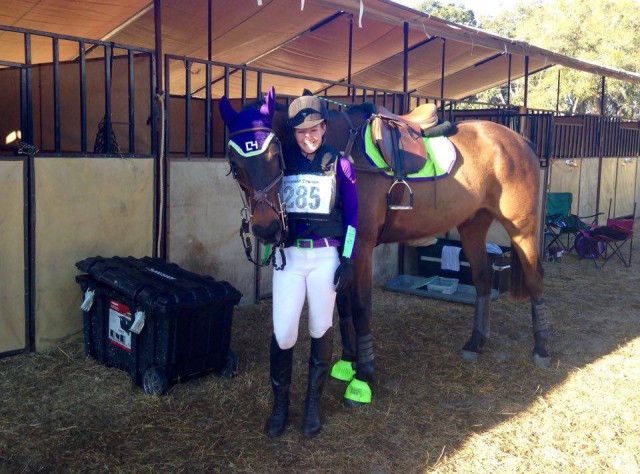 C.S. Lewis said, “No one can teach riding so well as a horse,” and for one quirky gelding named Mastercraft, his destiny is to educate. Now 17 years old and known affectionately as EZ, the Irish Sport Horse has ironically not always been the easiest of rides, but he has nonetheless left a lasting impression on the people in his life.

“He’s special because he’s an incredible athlete,” said EZ’s former owner Wendy Lewis. “He is a little quirky and a little difficult to ride. He’s not going to just give it to you completely, but when you figure him out he’s amazing. He’s got tons of experience and is a really good jumper, brave and catty. You have to adjust your riding a little bit to EZ instead of telling him how it should be. As long as you guys find the middle ground, he’ll do anything for you.” 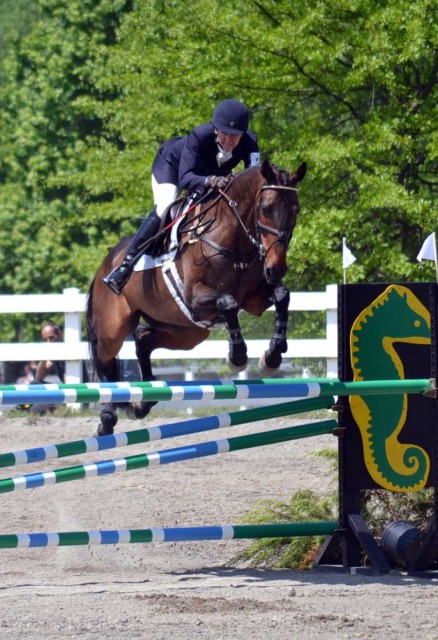 EZ was originally imported to the U.S. as a show jumper, but he was a tricky ride and so the owners reached out to some event riders thinking he might be better suited to a different discipline. Wendy purchased him in 2009 and sent him to Buck Davidson to ride while she was pregnant with her son. Not surprisingly, EZ, a son of famed eventing sire Cavalier, took to cross country as if he were born for it, and Buck took the horse through the 2* level within a year, finishing fifth at the Jersey Fresh CCI2* in 2010.

EZ returned to Wendy following Jersey Fresh and they progressed through the levels together, moving up to Advanced in 2012. Sadly, after competing at the Bromont CIC3* that summer, EZ started having soundness issues, so she retired him, sending him home to rest. 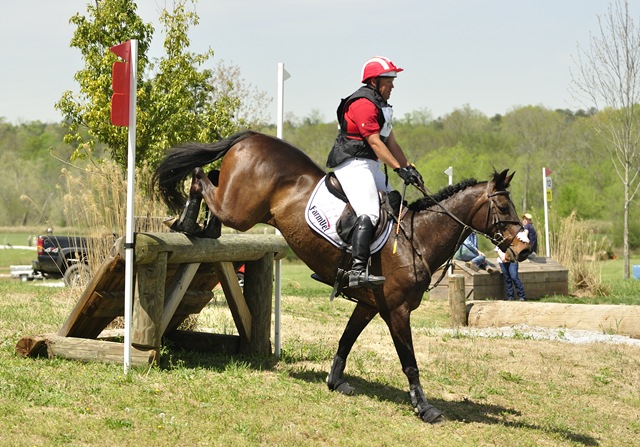 Buck Davidson and Mastercraft at Chattahoochee Hills in 2010. Photo by Leslie Threlkeld.

Yet, EZ is a horse who is happiest with a job, and the opportunity to give him a new one presented itself when Savannah “Woodge” Fulton, a working student for Buck, was searching for a new ride. Wendy offered EZ to Woodge to gain experience with at Training and Preliminary.

“As a kid growing up, I was very fortunate to be able to ride a few older ‘schoolmasters,’ and what they taught me was invaluable,” Woodge said. “Being able to ride something that knows and loves its job that can teach you how it’s supposed to be done is a feeling I wish everyone could experience.”

When Woodge was ready to move up, the search began for EZ’s next rider. “I knew I wanted to pass his knowledge on to someone else and pay forward what others had done for me,” she said. 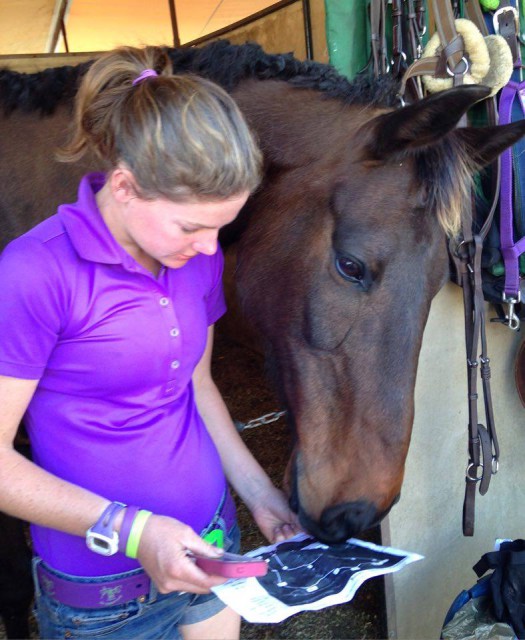 Kaitlin and Mastercraft checking out their course map together. Photo courtesy of Kaitlin Hartford.

Choosing a new rider for EZ meant finding a person who appreciated not only his talent but his plentiful quirks as well. “Like most old timers, he knew his job and was set in his ways. Anyone who tried to tell him otherwise was likely to see his grumpy side,” Woodge said.

Enter Kaitlin Hartford, a young rider with big dreams and looking to step up from her pony. After watching a video of Wendy riding EZ Advanced, Kaitlin reached out to the Fultons to inquire. “I think it was his face,” Kaitlin said. “He’s got a really kind eye that caught my attention.”

The Fultons heavily vetted interested persons to be sure they found the right fit for this special horse, but “Kaitlin and her family checked all the right boxes.” So they gave EZ to Kaitlin, for free. “The only stipulation is when I’m done, I’ll pay it forward to someone else who needs him,” Kaitlin explained. 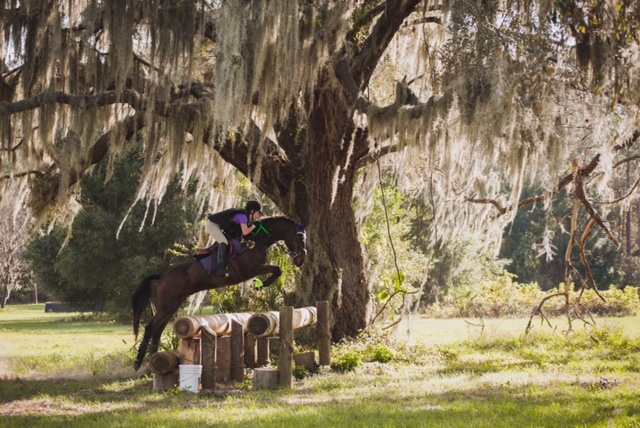 After an initial adjustment period to figure one another out, Kaitlin and EZ have hit their stride, and she finds his quirks endearing, insisting he has multiple personalities. “He’s super grumpy when I’m grooming him, but he loves his ears scratched. And he loves oranges.”

Since their partnership began last summer, Kaitlin and EZ have moved up to Training level with the help of their trainer Hilda Donahue. Kaitlin hopes to qualify for the Area III Championships and American Eventing Championships this year, and, if EZ is up for it, compete at the NAJYRC CCI* in 2017.

“It’s been about two years since EZ has been with Kaitlin and it couldn’t have worked out any better. At Rocking Horse I was able to catch up with them and see EZ again and it was truly adorable horse much they love each other,” Woodge said. “The admiration Kaitlin has for EZ’s talent and history and the smug look on that horse’s face knowing he has tricked yet another kid into feeding him endless amounts of treats made me smile and assured me he was in exactly the right place.”

Chatting with Wendy over the phone, the smile was clear in her voice when she said, “I’m so glad he’s still teaching people and making someone else happy.” 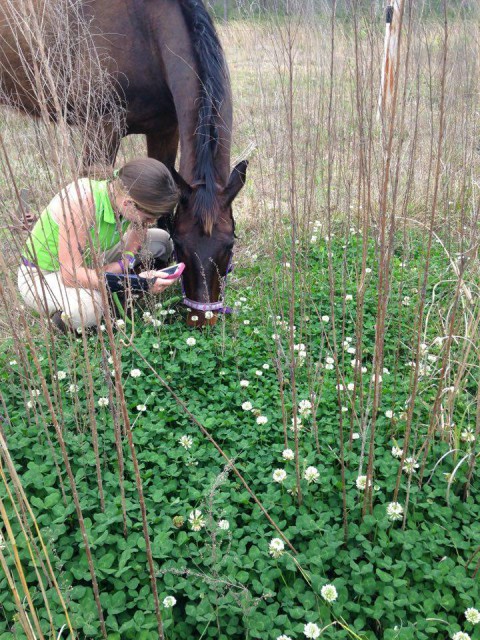