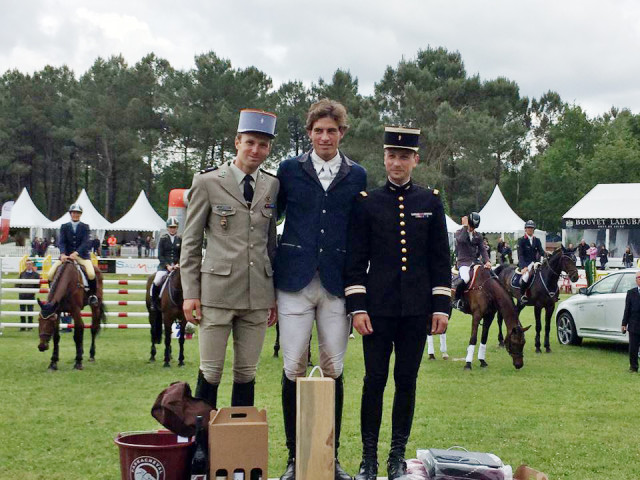 It was an exciting finish in France this morning as the CCI3* show jumped. Balance was the key on course, which used related distances and turns to utilize the arena and challenge riders to maintain a good rhythm throughout. Rails fell for the majority of the early riders, but the top 5 had only one rail down: Christopher Burton and Graf Liberty, who will take home fifth place overall.

Maxime Livio and Qalao des Mers never showed any doubt in a gritty round that secured the win after overnight leaders Luc Chateau and Propriano de l’Ebat withdrew at the final horse inspection. Maxime’s cheering section was on pins and needles as he entered the ring with a rail in hand, but he did not need it to come home with the win. 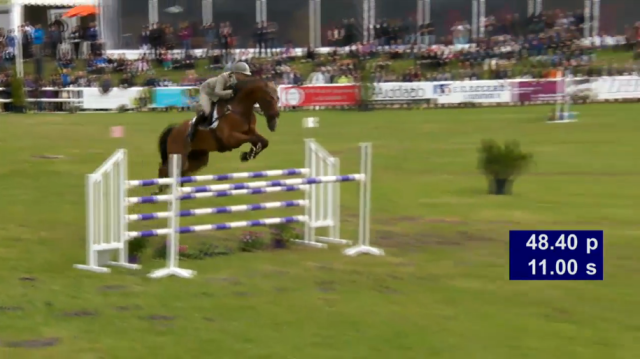 The French definitely showed that this event is on their home turf, securing five of the top 10 places, including the top four placings overall. Donatien Schauly Adj and Cadiz were able to move up from fourth to second with a double clear round. Thibaut Vallette Cne and Qing du Briot ENE HN also moved up, from fifth to third, after Qing du Briot ENE HN positively bounded over the fences with much room to spare. Karim Florent Laghoug and Entebbe de Hus round out the top four, also finishing on their dressage score of 50.0. 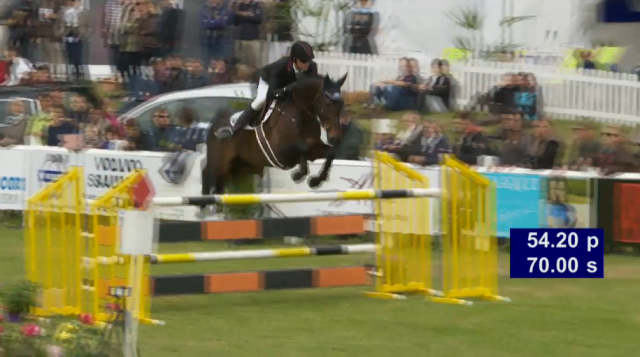 Doug Payne entered the ring with a rail in hand to remain in sixth place, and he did need it as Tali knocked the fifth fence on course in an otherwise lovely round. As Jenni mentioned this morning, this horse has not pulled more than one rail in show jumping since last year, and I’m sure Doug will be thrilled with the performance this horse put in this weekend. Tali is a maturing horse, and I would expect that his performance will become even more polished as time goes on; nonetheless, this weekend will firmly put Doug and Tali on the map for future international consideration. 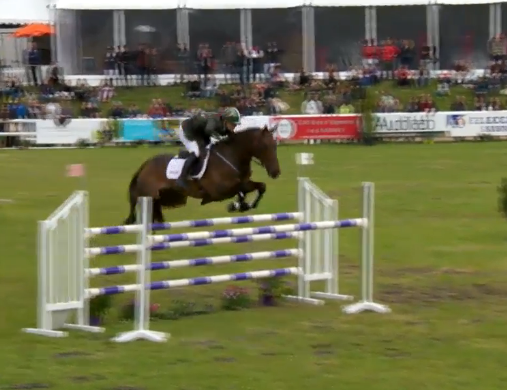 Camilla Speirs and Portersize Just a Jiff will take home seventh place after adding one rail, and the French contingent in the top 10 is rounded out by Hélène Vattier and Quito de Baliere, who put in a quiet round with just one rail down for eighth place. 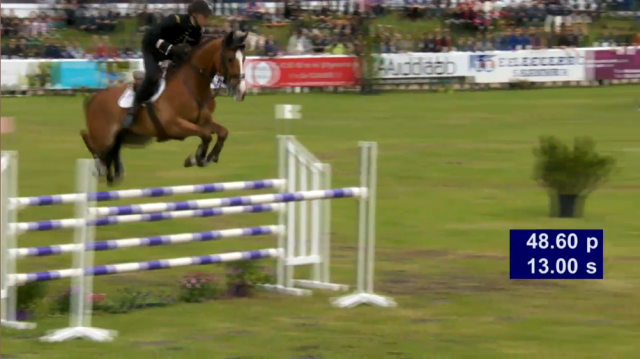 Out of 41 starters, we saw only 5 double clear rounds today, with four of them coming from the top four finishers. This can likely be attributed to some tired horses and perhaps some softer ground, but once again this was a true test of fitness, balance, and accuracy that demanded the best from both horse and rider. The riders who attacked the course and carved out the most accurate turns were rewarded handsomely.

Liz Halliday posted an update on her Twitter page earlier saying that she had some control issues with Fernhill By Night, which lead to her decision to retire on cross country yesterday. She will re-route to the Bramham CCI3* the first weekend in June instead.

I do apologize for the quality of the “photos” from today; I was taking screenshots from the live stream and they are not the best quality. That said, it’s been a lovely competition weekend at Saumur, and I must say thank you to those working behind the scenes to ensure that the live scores are literally up to the second and the live streams are working correctly. Since the chinchillas were not on site this weekend, all of the information available for coverage from afar made our job much easier. Go Saumur and Go USA!