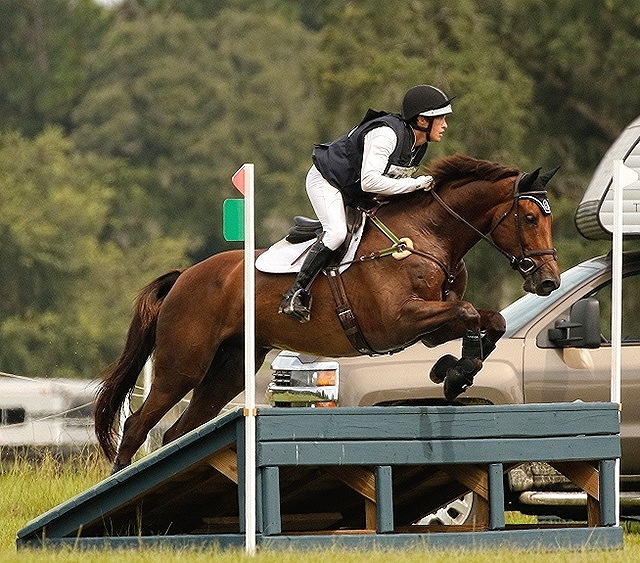 The United States Eventing Association (USEA) is pleased to announce that Cole Horn’s MBF Permission To Land is the 2021 recipient of the Holekamp/Turner Grant and The Dutta Corp. prize! MBF Cooley Permission To Land (Cobra x Deeply Dippy K) is a 7-year-old Irish Sport Horse gelding ridden and owned by Cole Horn and bred by Knightfield Stud. The pair will represent the U.S. at the 2021 FEI Eventing World Breeding Championships for Young Horses in the 7-year-old CCIYH3*-L Championship. The Championship will take place at Mondial du Lion in Le Lion d’Angers, France on October 21-24, 2021.

The intention of the Holekamp/Turner Grant is to further develop an upward pathway for U.S. team horses in the sport of eventing. The grant recipients who are North American bred are awarded the full cash grant of $17,500. If the winner is an imported horse, he will be awarded $8,000. Since MBF Cooley Permission To Land was imported from Ireland in 2018, he will be awarded $8,000. He will also receive The Dutta Corp. prize which is one round-trip flight to Europe.

The last day to qualify for the 7-year-old CCIYH3*-L Championship was on Tuesday, Sept. 20, and to qualify, a horse must complete the Minimum Eligibility Requirements (MER) which is one CCI2*-L and one CCI3*-S both with zero jump penalties on cross-country and a maximum of four jump penalties in the show jumping.

This year there was a large field of eligible horses and five total that obtained full qualifications including Camarillo (Chicardo x Rehobeth) an American-bred German Sport Horse, owned and ridden by Doug Payne and bred by Elizabeth Callahan who would have received the grant but passed due to travel concerns and D’Luxe Steel (Up To Date x Nicola D) a Dutch Warmblood gelding owned by Jeanne Shigo and ridden by Andrew McConnon is unable to compete due to a rider injury. Cerafino D (Cayado 3 x Serafina II), a Holsteiner gelding ridden by Buck Davidson and owned by Carl Segal and Kathleen Cuca was also fully qualified but opted not to enter in the CCIYH3* Championship.

The USEA would like to wish the best of luck to the pairs representing the U.S. at Mondial du Lion! Stay tuned to the USEA website to follow along for updates and information.