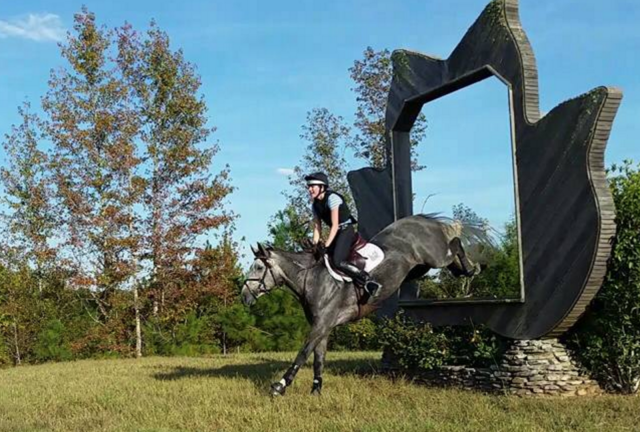 We love Mustang success stories here at EN and invite you to join us in celebrating a new one! Autumn Pipkin, a 17-year-old Alabama eventer, has been doing a super job of showing her 6-year-old Mustang Priscilla the ropes of our sport.

Priscilla was rounded up in Oklahoma when she was about eight months old. Her original owner, Gordon Morrow, bought her at an auction and raised her with the intention of being a competitive endurance horse. Autumn credits him for laying a solid foundation for Priscilla’s training: “I feel like he and Donna West, a natural horsemanship trainer in our area, did a superb job of instilling trust and bravery in her.”

Autumn and Priscilla first crossed paths when Priscilla was 4. Gordon had begun taking lessons at the barn where Autumn had learned to ride, El Gezira Riding Academy in Harpersville, Alabama, to learn the fundamentals of classical riding in order to get an edge in the endurance world. 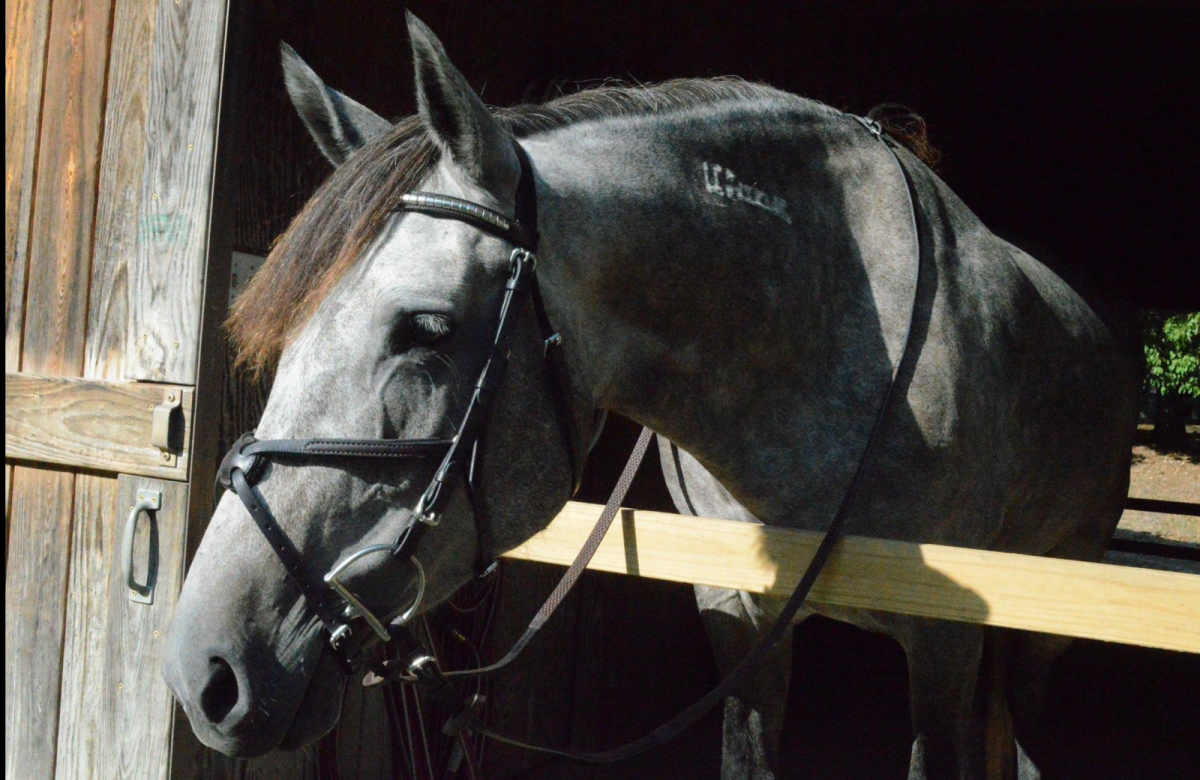 “I was out of a horse to ride, since my horse had an undiagnosed lameness that called for almost an entire year of pasture rest. Pamela Ibrahim, the owner and trainer at El Gezira, and a great friend of mine, called me at the beginning of last summer and said that Gordon had a mustang that he was going to leave with her over the summer to learn basics,” Autumn says.

“I had seen the horse move, and the image I had in my mind was a tall, chunky, grey mare outfitted in a western sidepull and racing around the arena with a prominent four-beat canter — NOT the ideal image for an event horse! I got off the phone and told my mom the news, and in a few days we made our way over to EGRA to try out my summer project. I was shocked to find when I rode her for the first time that she was soft in the bridle, sensitive to the aids, and framed herself, even in the sidepull! Her gaits soon became lovely and comfortable.” 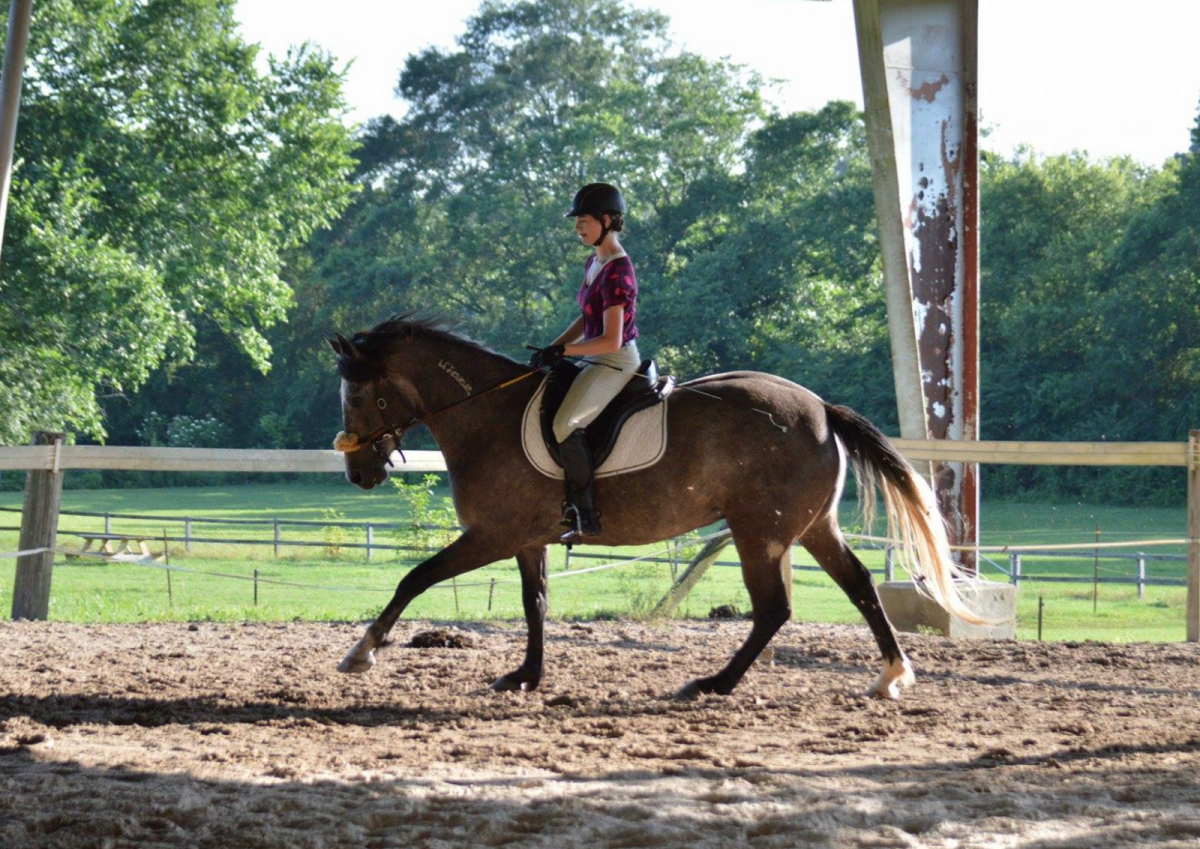 Autumn Pipkin and Priscilla on their very first ride together. Photo by Lisa Pipkin.

Autumn says Priscilla’s trainability and trademark Mustang intelligence has helped her training progress smoothly. “One of the things that has always stuck out to me about her is how trusting she is of all people, and how quickly she picks up on things. She has never been afraid to try whatever is asked of her. I give a lot of credit to Mr. Morrow and Mrs. West and their methods of gentling her,” she says.

“I very quickly grew super excited about how cool my new project was, and thankfully, my mom loved her too! Her opinion has always been really important to me, since she is an excellent horseman and the biggest asset to my riding career, acting as groom, horse show mom, trainer, and so much more.”

Over the summer Priscilla progressed at lightning-fast speed. She graduated to a snaffle bit, and in two months’ time was doing leg yields, lengthenings and jumping 2’9” courses.

“When fall rolled around, It was time for Priscilla to go back to Gordon, but I kept insisting to draw out my time with her! I tried to find another young OTTB to be my future event horse, but the search was futile, and in the end, Gordon let me keep her. She is still his horse, so it is kind of like a free-lease type deal. I put shoes on her, clipped her, and set my eyes on getting back to eventing.” 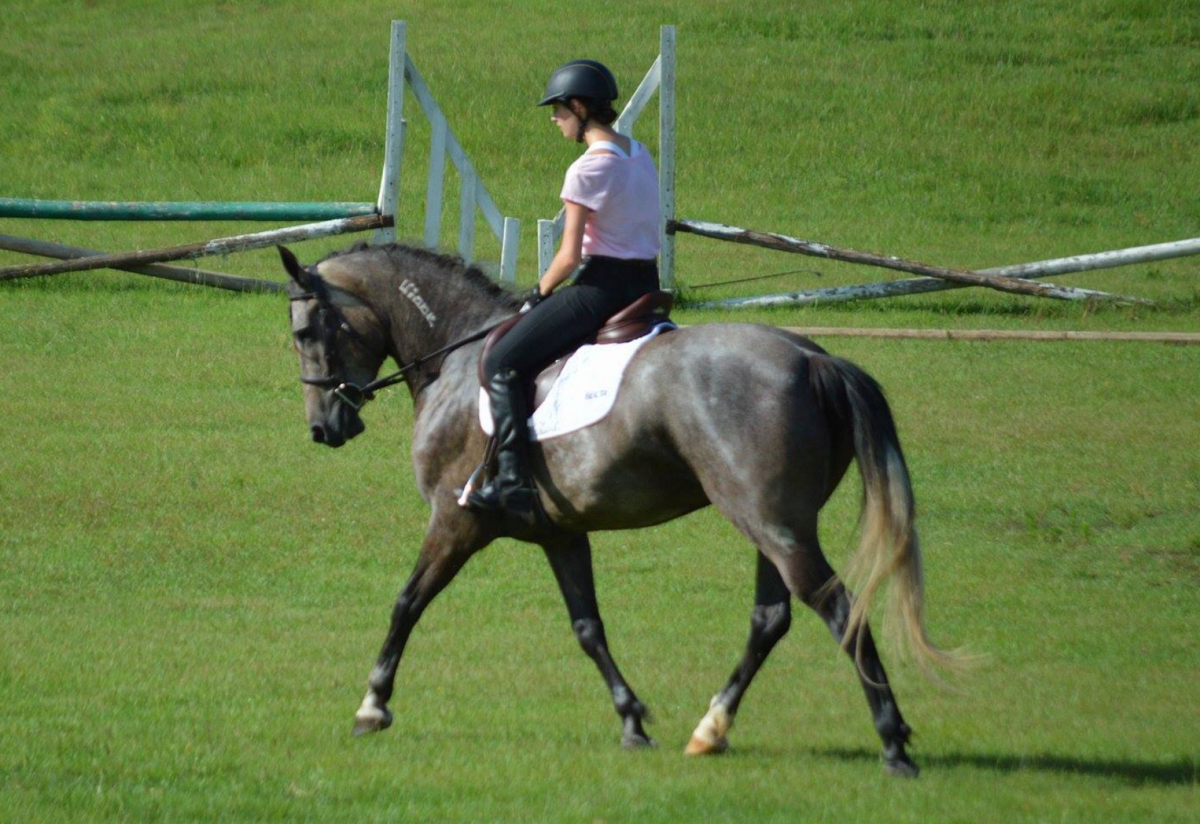 As her first project horse, Autumn says her journey with Priscilla has been hugely educational. “I will never forget at the first Poplar schooling show I took her to, there was a horse wearing a stable sheet outside while being grazed. It had never dawned on me that it was possible she had never seen a horse wearing clothes before. That was it for the day. She was so beside herself I couldn’t even lead her out of the barn,” she says.

“She has since become accustomed to the idea of blankets. Seeing the world through her eyes has been a learning experience, as it is very different from those of generations long lines of domesticated horses. She has also taught me that you can’t put time frames on young horses. They will disprove you every time!”

Next up on their event calendar is Chattahoochee Hills the last weekend of October followed by Poplar Place H.T. in November.

“I think she has super potential, and am bent on entering our first Training sometime next spring. I look forward to seeing the amazing horse she becomes, and I have every intention of developing her to her full potential. She has come so far in less than a year and a half,” Autumn says.

“I absolutely love when I am at shows and people come asked what the white spot on her neck means, tell me how beautiful she is, then ask if she is for sale and I have to say no, she is not. I have been watching Elisa Wallace and her mustang Hwin moving up the levels, and they have inspired me to keep hoping for big things with Priscilla.”

Best of luck to this talented and hardworking pair. Go Autumn and Priscilla. Go Eventing!