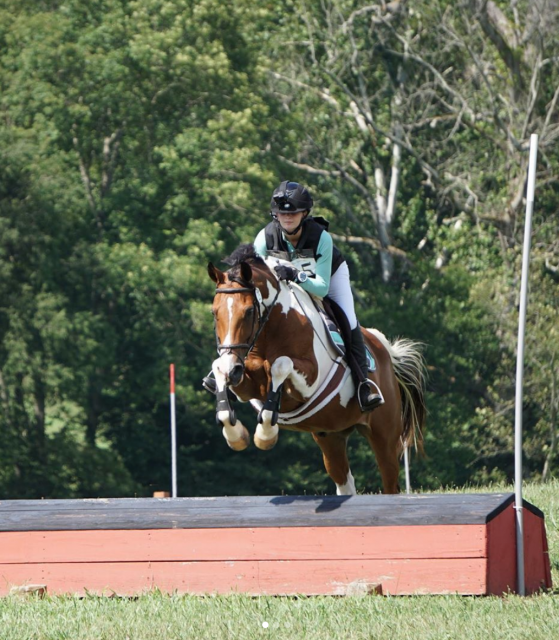 It takes all of about two minutes spent around Riley Grose and her splashy paint Kodak Moment to know that they are BFF 4ever. They have that special connection trademarked by teenage girls and their horses, and especially by teenage girls and horses who’ve endured some rough patches in their past. For Riley, it was a bad riding accident when she was 8 that resulted in two broken arms, a broken wrist, a dislocated elbow and a crisis of confidence. Kodak Moment (“Koda”) was starved and badly neglected in the early years of his life, and by the time he made it to Riley three years ago, as an $800 greenbroke 7- or 8-year-old, the only thing he knew was was that pulling on the reins meant stop.

“He had no idea about steering, no clue in the world about what leg pressure meant,” says Riley, age 16. “But one thing I noticed from the start was that every new thing we’ve thrown at him, he’s always taken it in stride.”

Including but not limited to his very first horse trial last weekend at River Glen in New Market, Tennessee. Riley and Koda won their Starter division on a score of 31.5 despite it being their very first crack at eventing. They’d done a couple combined tests and a hunter-jumper show together before, but never put all three phases together. 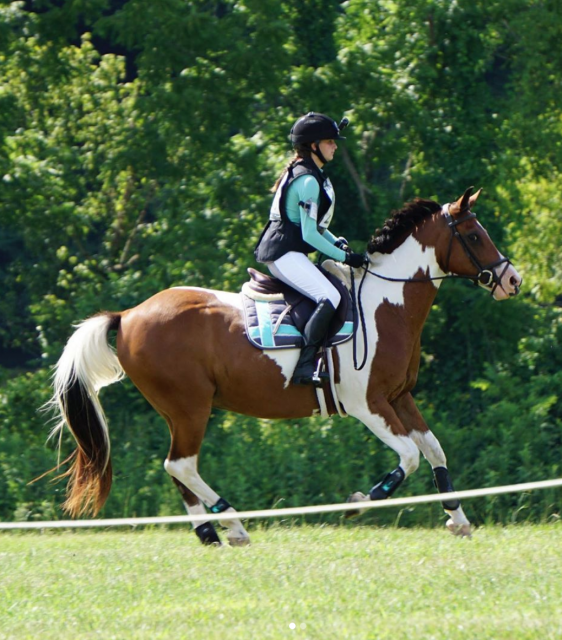 “Compared to the other ones he’s been to this was was huge!” Riley says. “He was just so good.” Koda marched into the warm-up ring, they walked a couple laps on a loose rein to get used to the atmosphere, and then warmed up and performed a workmanlike test. The show jumping was fault free, and then it was off to cross country, decked out in the teal and grey colors she’d been dreaming of wearing since she was a kid. “I was so excited. Since I was little I knew my cross country horse needed to wear teal. We got all suited up and went to the warm up and I could tell he had no idea what we were about to do. He was just asleep at the start box and I had to say ‘OK buddy, we’re about to go.'”

Riley explains that Koda has always had a confidence problem and in the video you can hear her coaxing him along with clucks and words of praise. The horse responds with pricked ears and a willingness to trust her and give it his all, even in moments of uncertainty. “At jump #7 he almost didn’t jump it,” Riley recalls. “He kind of locked onto one of the giant jumps and got distracted and had a wiggly moment. I got him to trot it.”

Riley credits trainer Katie Setledge for helping her find her courage again after her accident. “I was pretty fearful for a while,” she says. “I think that if I hadn’t started riding with Katie I wouldn’t be riding right now,” she says. Koda has had a bad injury too, some pinched nerves a couple years ago that forced him to be on stall rest and out of commission for eight months. With the help of treatment from Dr. Chris Newton of Rood & Riddle, Riley rehabbed Koda slowly, working him in the Pessoa system on the lunge for nine weeks straight before progressing to tack walking and groundwork. 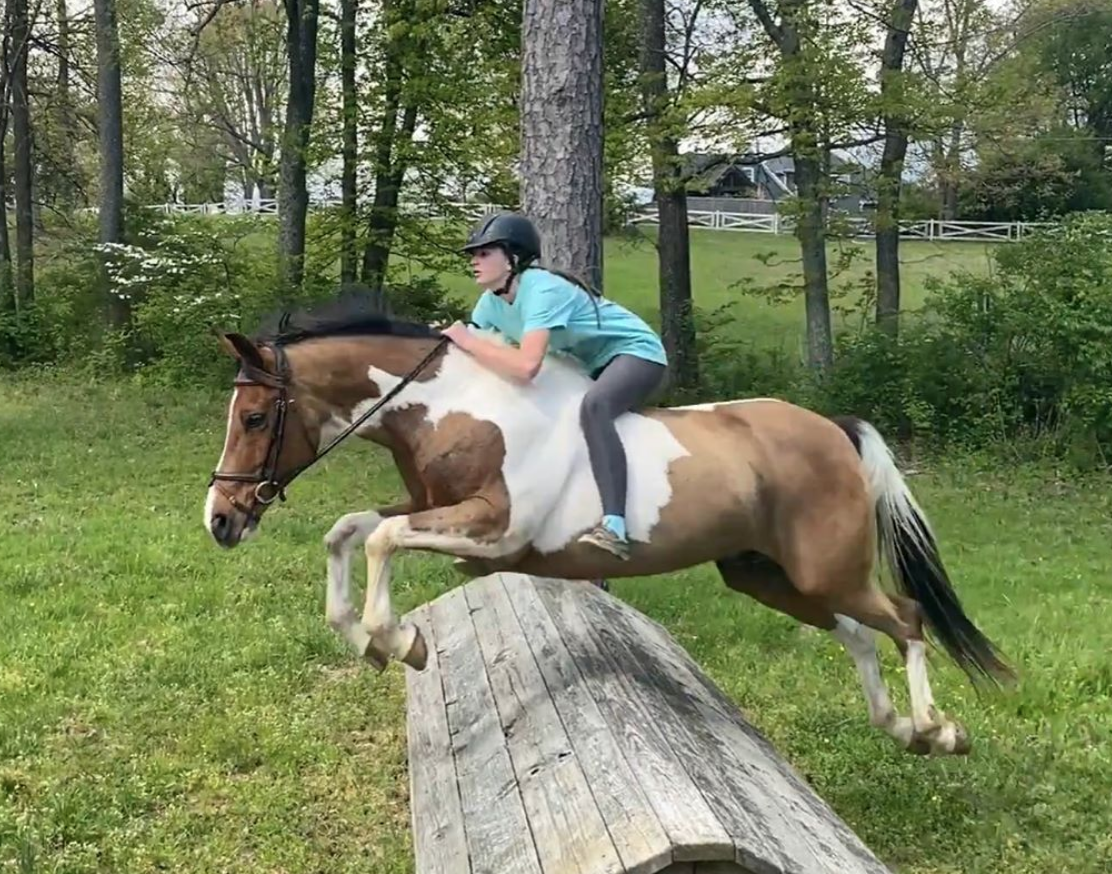 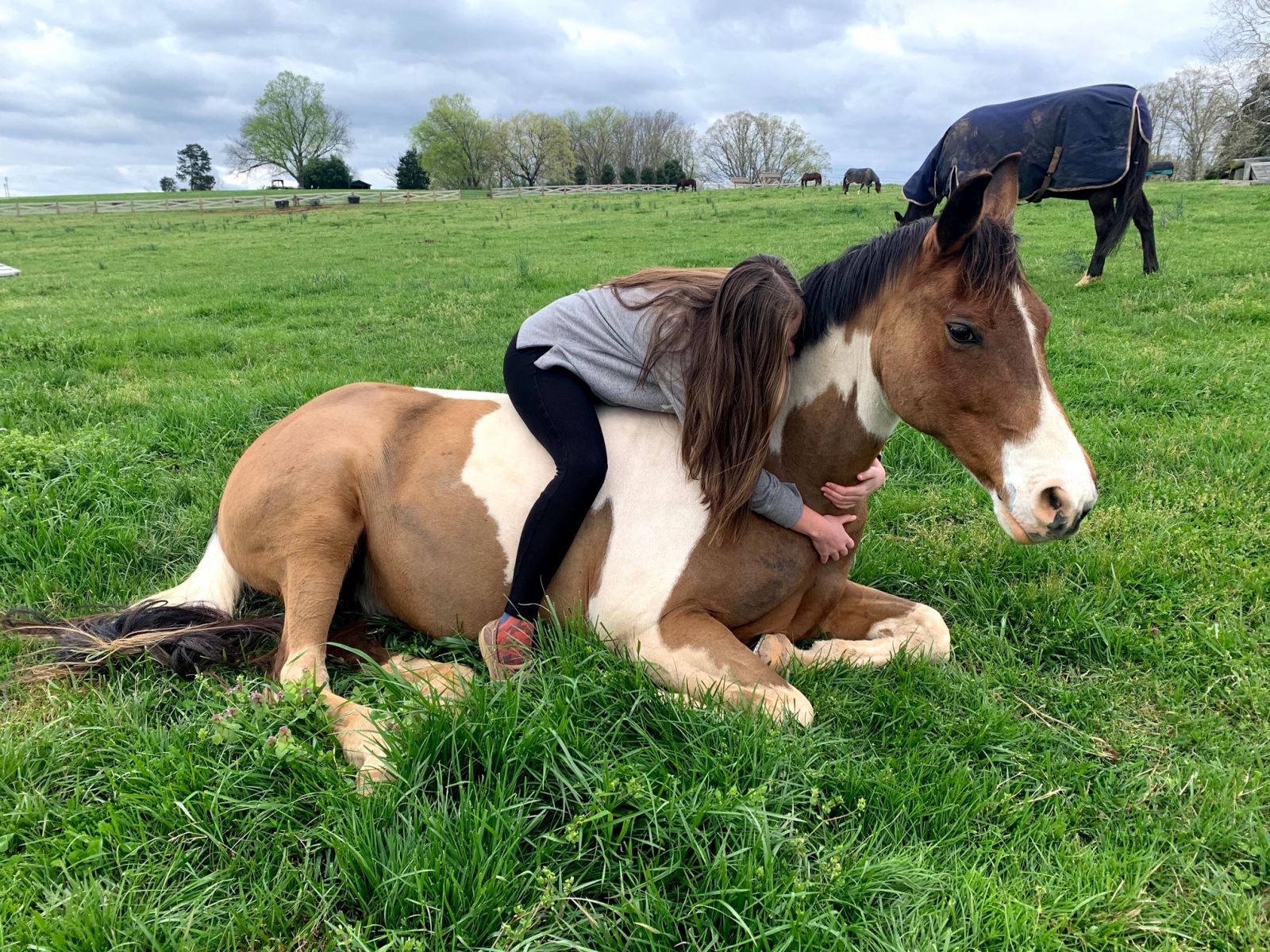 “Since then he’s just been doing great,” Riley says. “We’re jumping bigger and bigger, and he’s excelling in the flatwork. A year ago he was jumping cross rails and now we’re schooling 2’6″-2’9″.”

Recently Riley and her mother, Heather, had a DNA test done on Koda, curious about his breeding. The test came back last week and it turns out their “backyard horse” is actually half Hanoverian, with the other half split between Quarter Horse and Missouri Fox Trotter. Who knew?

Horses, and their people, never cease to surprise, amaze and inspire.