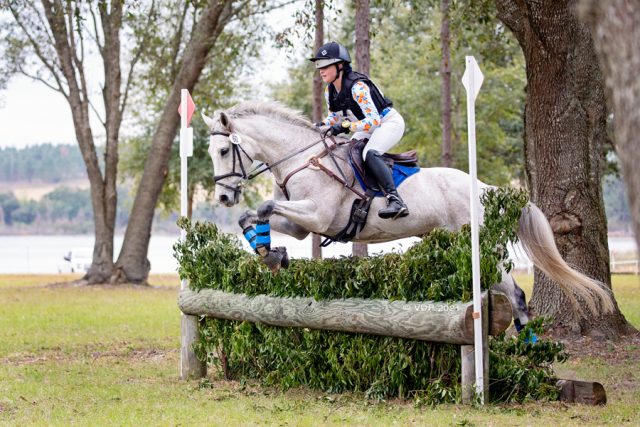 The Jockey Club Thoroughbred Incentive Program (T.I.P.) offers a wealth of resources for OTTB owners, from a portal to research racing tattoos to a youth program and special classes at horse shows. They also offer incentives, including year-end performance awards to the Thoroughbreds accumulating the most points at all horse shows in each of the T.I.P. award categories and divisions throughout the year.

One-hundred sixty-one event horses participated in the program last year — scroll down to view the eventing division winners, and you can see a complete list of winners here.

“Despite challenges caused by the pandemic, we received applications representing 522 Thoroughbreds competing in more than 9,600 classes and divisions during the 2020 award year, including participants in online horse shows,” said Kristin Werner, senior counsel for The Jockey Club and the administrator of T.I.P. “Winners will receive ribbons, prize money, and a variety of prizes, including custom Horseware coolers, halters, bags, keychains, and apparel.”

Of the two overall eventing awards, the honor of 2020 Champion Junior Rider went to Artax (JC Name: Duke of Del Rey), owned and ridden by Sophia Carattini, with Mahogany Dancer and Olivia Cannizzaro as Reserve Champion.

We recently caught up with Sophia to learn more about her OTTB’s journey from the track to an eventing career.

Born in 2009 in Kentucky, the grey gelding (Rockport Harbor x Queen Dido, by Thunder Gulch) raced all over the country under the name Duke of Del Rey. He earned $264,876 in 61 starts including six firsts, 13 seconds, and 10 thirds. He came off the track at age seven, and Sophia bought him from Lee Alison in July of 2018. His new show name, Artax, was inspired by the horse in The Neverending Story, and he goes by “Frosty” around the barn.

“He is a sensitive horse, and he has definitely helped me work on myself as a rider,” 15-year-old Sophia says. The pair contested their first event together at Chattahoochee Hills a month after she got him, and she says their teamwork has continued to get stronger since then.

“By the end of 2019, we had finally synced up and I figured out how to ride him more off my leg, greatly improving our dressage scores,” Sophia says. “At the Florida Horse Park in November, we received our best dressage score of a 23.3. Thanks to a clear stadium and cross country, we were able to get our first win at Beginner Novice. In 2019, we were also able to get the T.I.P. Reserve Grand Champion for Eventing, which was very exciting.”

“Rolling into 2020, we had two more wins at Majestic Oaks and Three Lakes. We then decided to make the jump up to Novice in Feb 2020. My nerves definitely made an appearance at the first Novice run! Luckily our second Novice show was a lot better; we finished second at Florida Horse Park.” 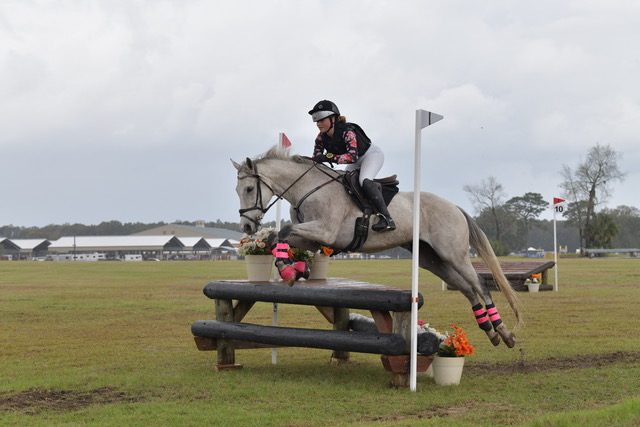 “Our record at Novice isn’t consistent, but we definitely seem to be in sync with our dressage and cross country,” Sophia says. “I love dressage, and Frosty loves cross country, so our scores definitely reflect that. Literally the only cross country jump penalty we have had since showing is because I missed a jump. Frosty is always Mr. Reliable out on the course.

“This year, we hope to start showing at Training and are definitely looking forward to going to American Eventing Championships at Novice. Frosty has been such an amazing horse for me and I really couldn’t ask for a better partner. We also wouldn’t be as successful with our trainer, Brie Seltser at SilverStride Equestrian Center. She has helped shape me into the rider I am today. I couldn’t be happier to have won the T.I.P. Eventing Junior Rider Grand Champion for 2020, but I am also proud that Frosty was the 6th overall Eventing OTTB out of 161. He deserves so many carrots!”

Indeed. Best of luck to you, Sophia and Artax!

Performance awards will be available once again in 2021 and will be based on results in shows from December 1, 2020, through November 30, 2021. The deadline for submissions is December 20, 2021. Updated forms are available here.

Created and announced in October 2011, T.I.P. recognizes and rewards the versatility of the Thoroughbred through sponsorship of Thoroughbred classes and high point awards at sanctioned horse shows, performance awards, a recreational riding program, Championship horse shows and non-competition awards. Visit the website and Facebook page for more information.