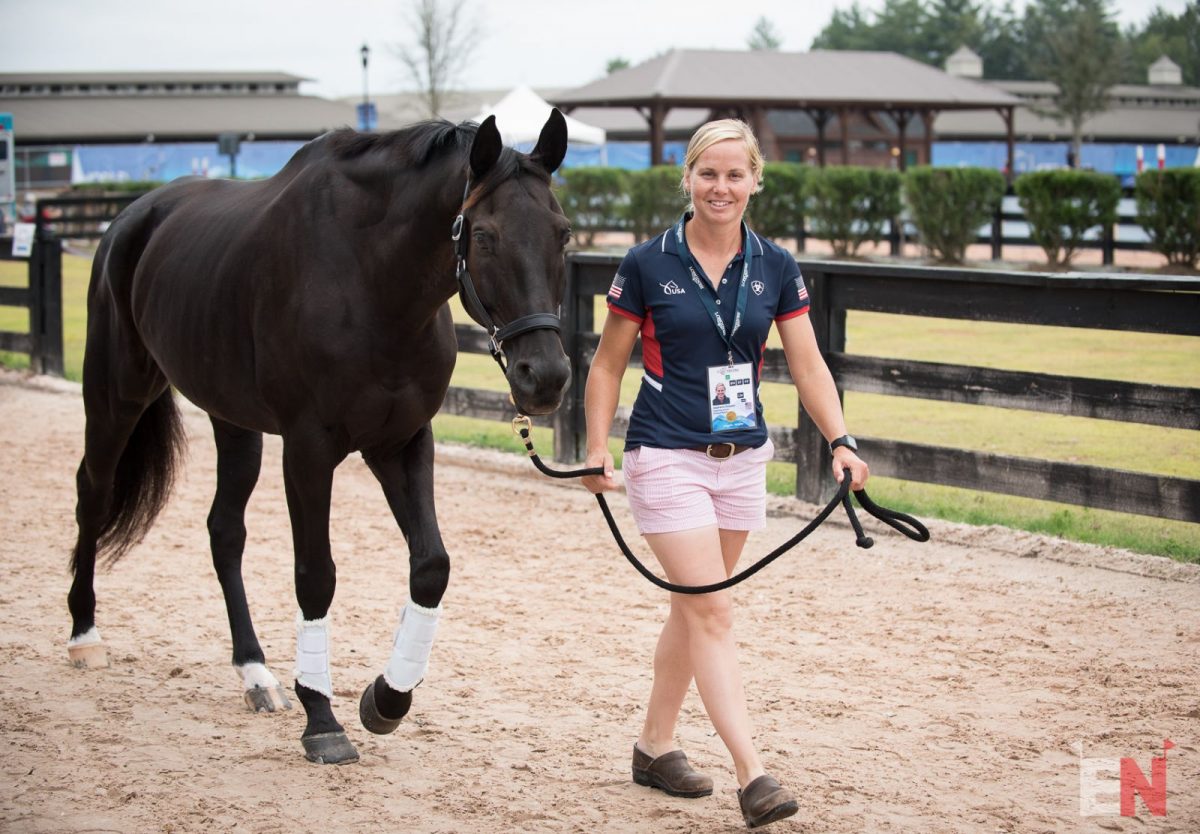 Steph Simpson from Sutton, Vermont didn’t grow up with horses at all. Rather, she grew up on a dairy farm but was interested in horses, so she went to the University of Vermont for animal science with a focus on equine science. After graduating, Steph moved to Pennsylvania and started her working student experience — but little did she know that she would travel across the world and meet many people and horses in the years to come.

Steph began her career working for accomplished 5* rider Jane Sleeper, then a few months later joined the team assisting Dom and Jimmie Schramm. “I was with them for nearly five years and started as a working student, and then transitioned to their barn manager and groom,” she recalled.

After working for the Schramms, Steph freelanced for a year, taking on roles like working alongside a local vet and spending the winter with Liz Halliday-Sharp. Then, the phone rang. Boyd Martin was calling and wanted to offer the hardworking groom a position at his Windurra facility in Pennsylvania. 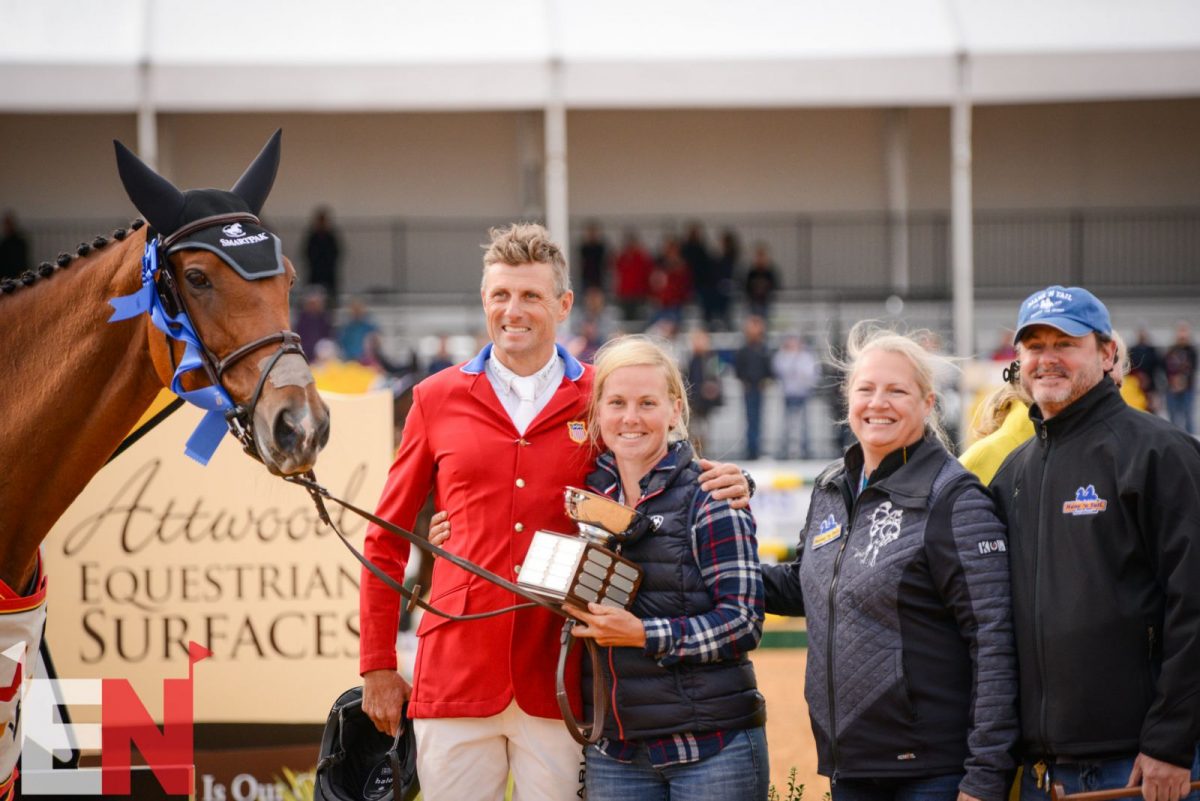 Boyd Martin celebrates with Steph on the podium at the Maryland 5 Star. Photo by Abby Powell.

When working with Boyd there’s always something to do, Steph explains. But the bustling environment at Windurra is fitting for an active person like Steph, who enjoys the variety and intensity. “I like that there’s not a ton of standing around or doing the same thing every day,” she explained. “We’re always running around and horses are coming and going.”

While it’s a dream for many, Steph wasn’t expecting a trip to the Olympics when she first started grooming. “Obviously, it was always a dream, but I didn’t really think I would ever get there,” she said. “Being able to go to Tokyo and with one of my favorite horses [Boyd Martin’s Tsetserleg TSF, owned by Christine, Thomas and Tommie Turner] was really huge — being able to be part of something that’s so much bigger than anything you could ever imagine.”

With her high level of experience and years on the job, Steph has valuable advice for those wanting to become a groom or barn manager: “If you are unsure of how to do something, whether it’s wrapping or giving injections, seek out people in your life that know what you don’t.” Indeed, when it comes to proper horse management — at the five-star level or the Starter level — is a continuing education. You truly don’t know what you don’t know, which is why it’s always better to ask for help than assume, Steph says.

Not only is asking questions useful, but going the extra mile will also set you apart. “If you want to be in a position where you are one of the best in the industry then you have to be able to rise to the occasion and go above and beyond,” Steph advised. “Stay late and come early.”

Steph plans to continue grooming in the future and possibly become a part of committees and help other grooms along the way. Grooming has become a larger topic of much-needed conversation in recent months, with grooms mobilizing to have greater representation within governing bodies and protections on the job. “Whether that’s in a formal type situation or not, I want to be a resource for people while continuing to be able to travel,” Steph said.