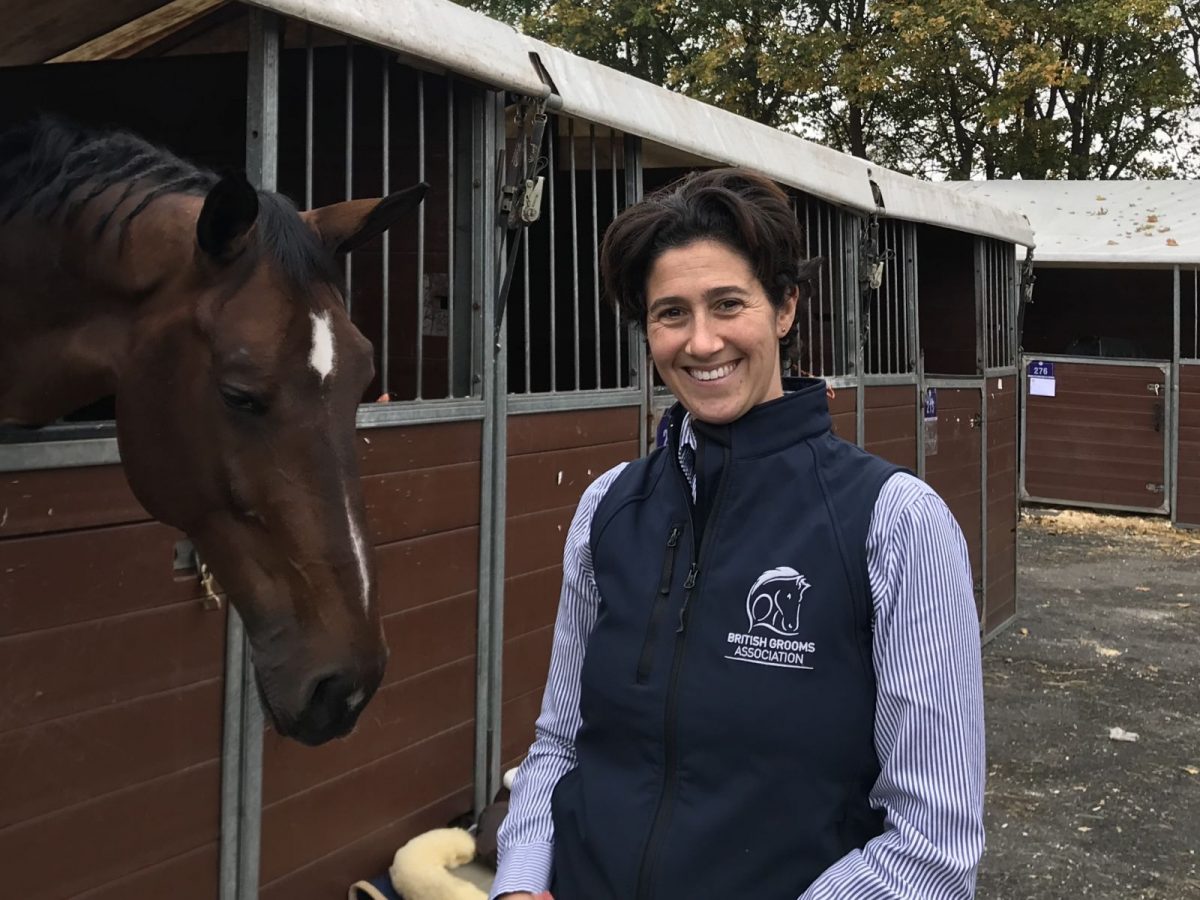 Take a look to the left of a top level horse at any given moment at a competition. Chances are, there’s a loyal and hardworking groom standing at their side, ready to cater to any need that may arise.

The idea that grooms make up the vital backbone of any equestrian sport is not an overstatement. Even in the programs in which the rider is the most hands-on, grooms are still tasked with the everyday wellbeing and happiness of their charges.

While there remain several shining examples of well thought-out and executed business plans that included provisions for proper employment protocol, the fact that this is not always commonplace cannot be ignored. There are two organizations gaining strength with roots in the UK that aim to change that.

Lucy Katan was a groom at the 2002 World Equestrian Games in Jerez de la Frontera, Spain. In her 20s at the time, she recounts to me the harrowing tales of cramped co-ed living quarters, poor working conditions, and an overall sense of discouragement among the ranks of her fellow grooms. “We had a really bad time,” she recalls. “The conditions were terrible, cramped mixed company quarters, the whole lot.”

Shortly prior to WEG that year, Lucy had traveled as a groom to Moscow for a President’s Cup competition. The stark comparison between the deferential treatment bestowed upon the grooms in Russia versus her experiences elsewhere gave her pause after she returned home from WEG. “I remember going, ‘wow, this is so different and so good. Why is that?’ It got me thinking: grooms should always be treated with respect.”

Lucy returned home from Jerez with a fire burning. She jotted down the ideas swirling in her head and formulated the beginnings of what is now known as the British Grooms Association (BGA). With support from British Equestrian, Lucy was able to fundraise enough money to give the organization legs. It was time to build a future. 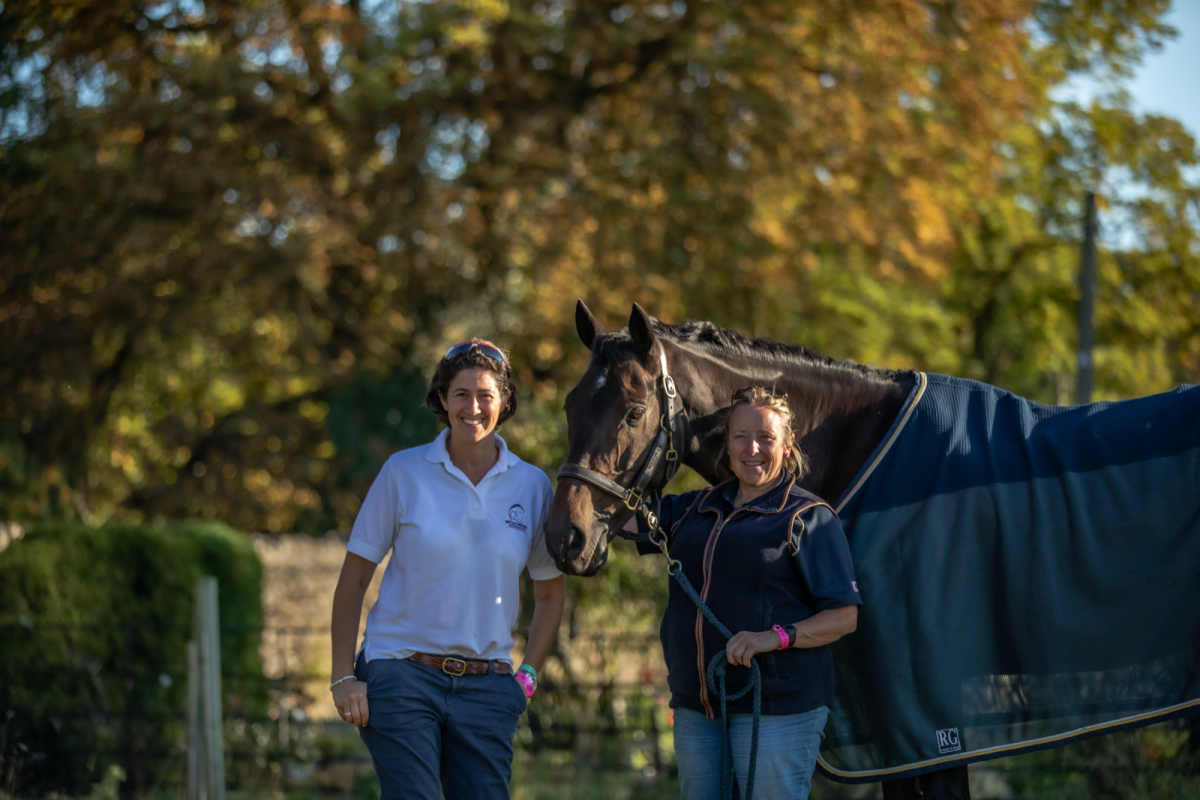 When you ask Lucy what her vision was for the British Grooms Association, she doesn’t hesitate. “The vision was always to record the ‘Rs’: Respect, Reward, Retaining, and Recruiting,” she explains. “That has never changed.”

Respect: Grooms deserve to be treated with respect. Sadly, this is not always the norm. “Respect is not just about a magazine article,” Lucy elaborates. “It’s about giving someone their employment rights, giving them a career path, and enabling them to develop themselves.”

Reward: “We’ve been quite successful in the reward realm,” Lucy says. “We have so many groom awards now; people are much happier to recognize the role of the groom in the public domain.” But, Lucy warns, it’s not only about the grooms at the top earning awards. “That respect and reward has to play all the way down to the groom working at the little riding center.”

Retaining: Proper working conditions help employers retain workers. A study conducted in 2019 reveals that 57 percent of workers have left their job due to management or their manager. Improper business management can lead to worker dissatisfaction. Lucy wants to empower both employer and employee to create more sustainable conditions — more on this later.

Recruiting: The word “career” carries the definition of “an occupation undertaken for a significant period of a person’s life and with opportunities for progress.” There must be some sort of developmental career path for a groom. Much like retention, creating sustainable business models that empower the employee – and set the business up for a long term future — is a way to enforce this fourth R. 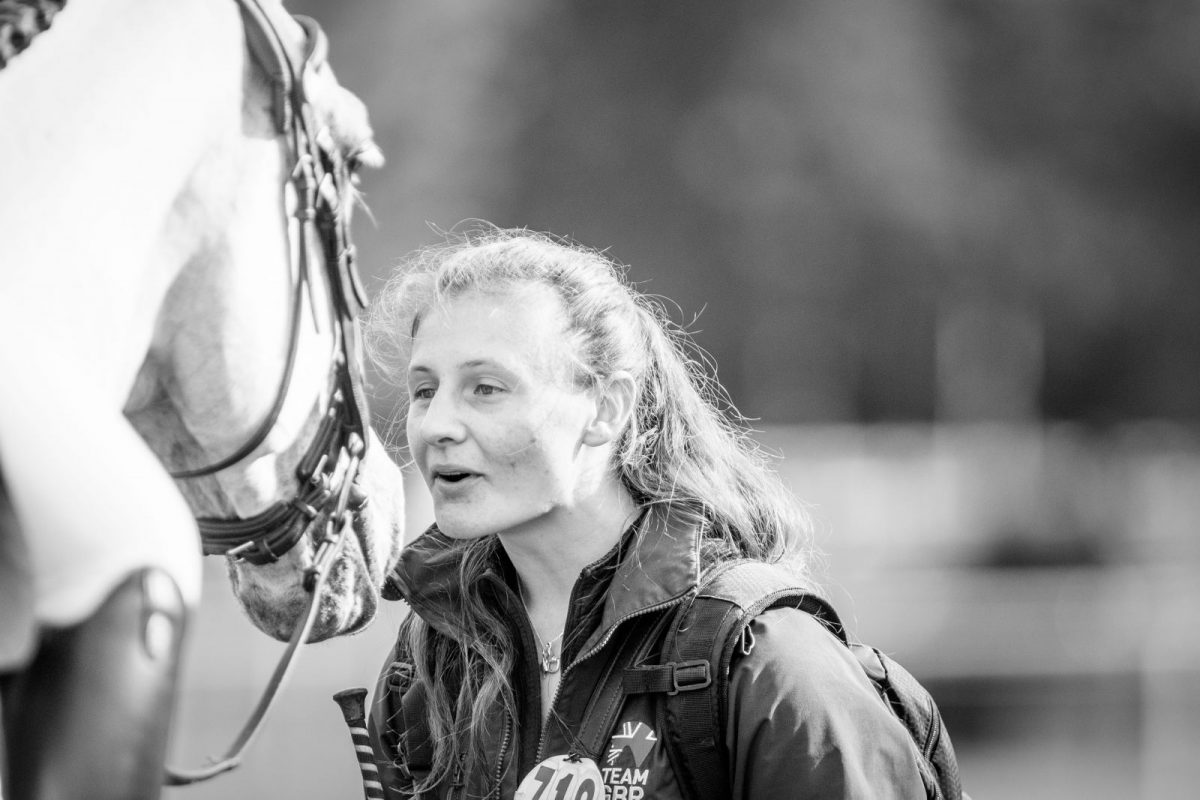 A kiss for Cristal Fontaine from groom Chloe Fry. Photo by Tilly Berendt.

Lucy is quick to defend the employers that often get a bad rap when the topic of grooms and working conditions arise. For her, there are no two “sides.” There are simply two groups of individuals that each need improvements in order to cohesively and healthily work together. She sees the immense benefit of empowering both employer and employee. The strength of many is always greater than the strength of one.

For that reason, she created another entity, separate but complementary to the BGA, called the Equestrian Employers Association (EEA). Why only fix one part of the problem?, she thought. “We always supported employers and got a lot calling us asking for advice,” Lucy explains. “So we split all of our employer advice and created a sister organization. To make the groom’s world a better place, you have to educate and support the employers to give them the tools to run effective, well run businesses.”

This brings up another idea that Lucy drives home emphatically: a strong, sustainable business plan is necessary for every equestrian business. “It really depends on the yard, but the businesses are so often not set up correctly,” she says. “Is there is a costed-out business plan? So often the answer is no. The thing is, the employers might be able to ride really well and coach really well, but they have no idea how to run a business and suddenly they are running one with animals that go wrong and break your heart. They cost a lot of money when they go wrong, they have owners that they have to keep happy. Plus you have staff to employ. I kind of don’t blame them for not having a clue, but they do have to take the responsibility and make the business viable and that is the challenge. And in the UK there is a good argument that a lot of equestrian businesses are not actually viable.”

The EEA’s goal is to help the idea of strong business plans become more commonplace. Fair, sustainable working conditions come from well-run businesses. Lucy firmly believes that the employers need and deserve just as much of her support as the grooms she’s called peers for so many years. 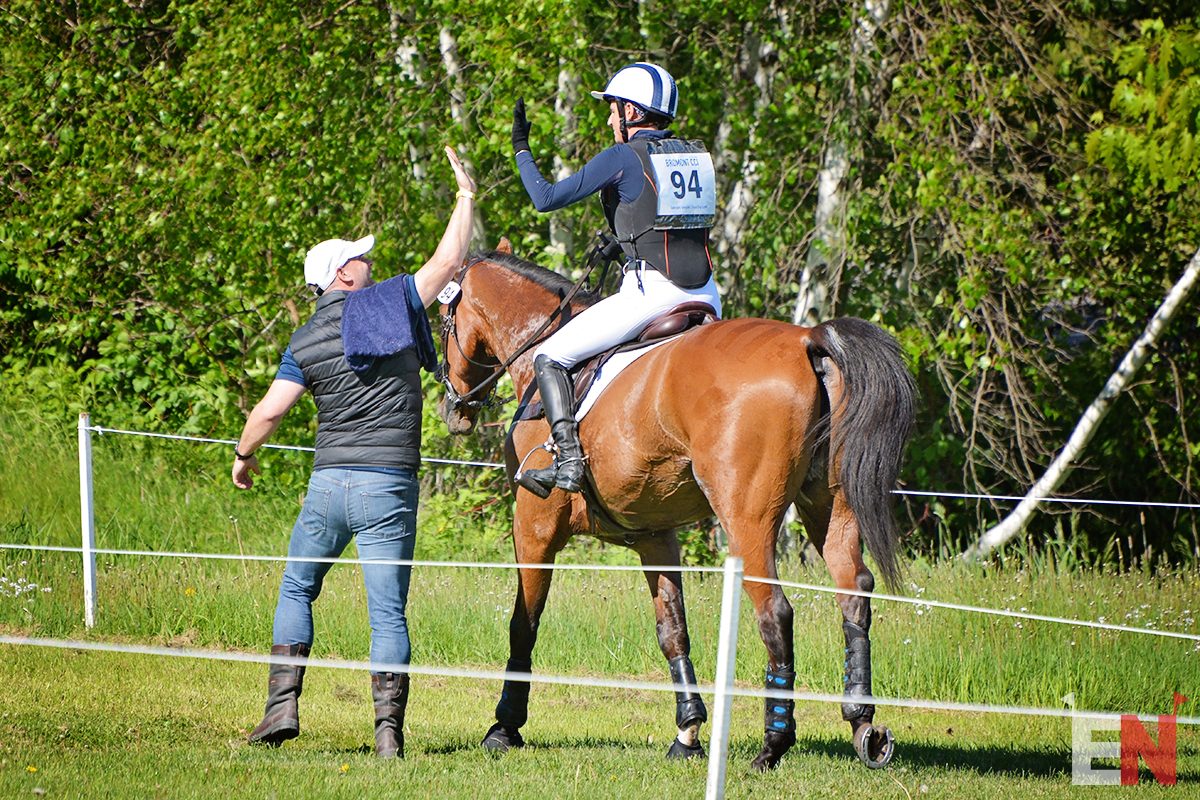 Super groom Bill Olson and Emilee Libby celebrate after her clear round with Jakobi to move up to seventh place. Photo by Jenni Autry.

Out with the Old

There is much within our deeply rooted industry that necessitates change. The issues facing our sports, ranging from racial disparity and lack of inclusion to poor working conditions, are far reaching but also far from impossible to change.

When Lucy decided to pursue her work with the BGA and EEA full time in 2015, she knew she had found her path in life. Never satisfied with just sitting by and talking about an issue, she instead approaches every obstacle with a fixer’s eye. She sees solutions in problems, she believes in the power of empathy and respect. It’s these values that she continues to infuse into her work. The BGA offers robust mental health support for grooms – another issue that plagues the industry — as well as extensive resources for on-the-job training, career counseling, and even legal help.

Lucy has also begun work with the FEI to formulate an International Grooms Association. It’s a project that U.S.-based groom Courtney Carson has also championed, working toward better representation at events in the form of a Groom Representative. Prior to the COVID-19 pandemic, testing runs with a Groom Representative in the U.S. were in place. Courtney says she hopes to pick the work up again soon, once competitions resume in earnest. Through the collective efforts of so many impassioned individuals, it feels like things are looking up for grooms — which means things are looking up for the industry as a whole.

EN Managing Editor Leslie Wylie, in a separate conversation earlier this week, mentioned the idea of the bottom of a pyramid being the foundation on which the top tiers are built. In our world, grooms help make up that foundation. This is a fact that cannot be ignored, from the smallest to the more world-renowned operations.

And Lucy’s parting words can be applied to many facets of our industry:

“It’s easy to say, ‘Oh that’s just the way it is in horses!’ Again, this is the same thing — it’s time to change things. It’s people standing up and saying no it’s not OK and it has to change.”