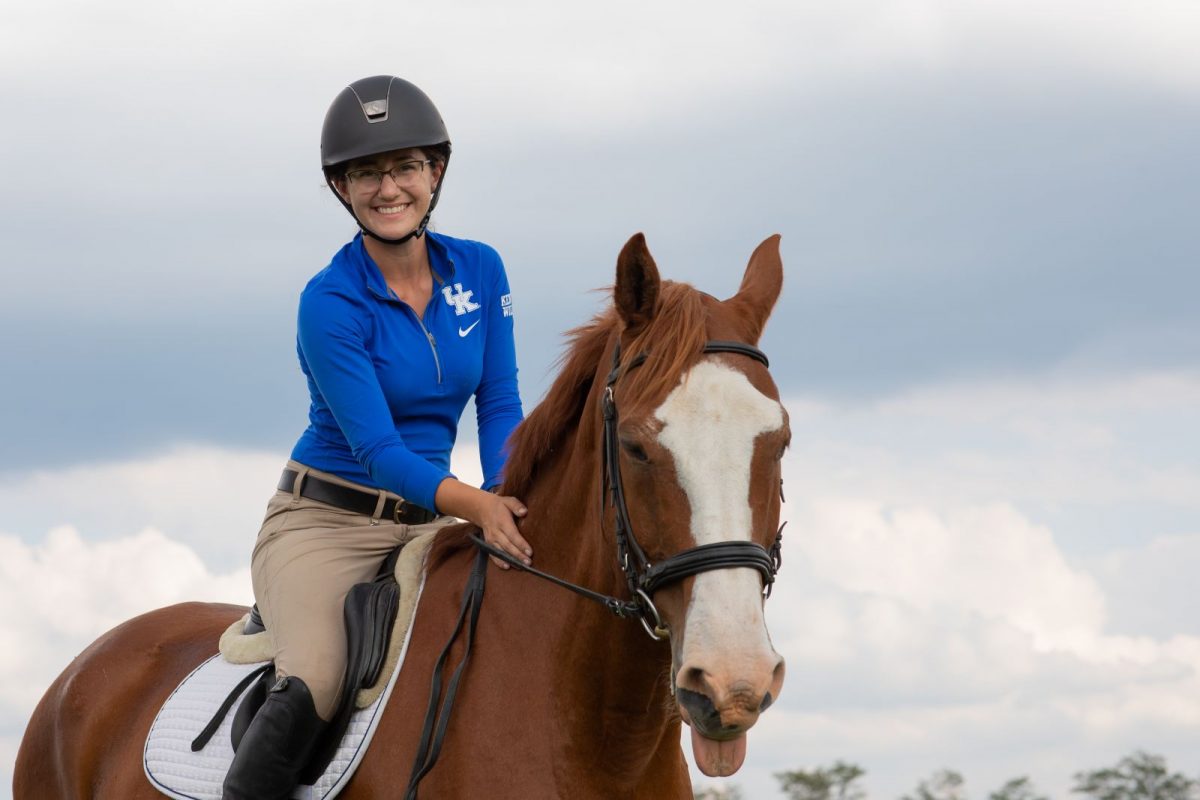 Shannon Wood and Leo, a horse leased through Ashley Kehoe’s program and owned by Lisa Everett. Photo by Eric Sanders.

Shannon Wood remembers her first trip to what was then known as the Rolex Kentucky Three-Day Event well. Growing up in St. Louis, Missouri, the highest level of competition most young riders saw was some local grand prix competitions during the hunter/jumper circuits. And so when Shannon caught her first visual of the incredibly athletic eventing horses and their brave riders hurtling across the bluegrass, she fell hard. The sport grabbed her, pulled her in, and would later show her its darker side — the side she now has dedicated several years to finding a way to fix.

This love for the sport of eventing coupled with her propensity to view the world through a practical lens would lead her to the intersection of horses and science, where she could apply her equine knowledge to her education as a mechanical engineer. Shannon was a member of the team conducting the USEA Frangible Fence Study at the University of Kentucky from 2016-2018. The results of the study, published in March of 2019, are summarized here.

In June, Shannon published her master’s thesis for the Mechanical Engineering program at the University of Kentucky summarizing the efforts of the Frangible Fence Study to find ways to mitigate risk within the sport. It was the closing of a long chapter, but her work hasn’t stopped; in fact, she’s ready with next steps in working towards a safer sport that also stays true to its roots and culture. 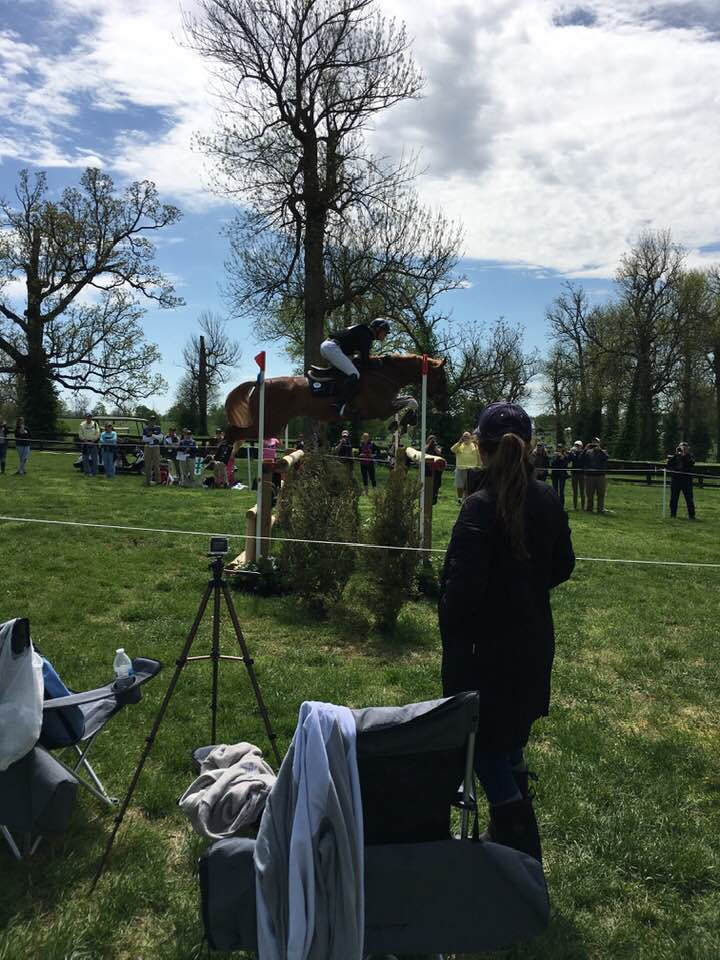 What the Data Can Teach Us

Shannon’s passion for the sport and her dedication to making it safer for all is evident through the phone lines as she tells me of her motivation for wanting to be so closely involved with the project.

Shannon attended Murray State University in southern Kentucky for the undergraduate portion of her education. In her search for research opportunities to support her graduate scholarship, Shannon discovered that the USEA Frangible Fence Study would be taking place at the University of Kentucky. “I went to graduate school (at the University of Kentucky) to work on this project so that I could help make eventing safer,” she said.

The idea behind the USEA Frangible Fence Study was mitigation. “Really, what the study is intended to tell us is, what happened?” Shannon explained. The research team headed up by Dr. Suzanne Weaver Smith developed a statistical ensemble model that would simulate and analyze 10,000 different scenarios in which a horse and rider might have a rotational fall. The data summarized is rather eye-opening and fascinating – I highly recommend you set aside some time to dive into at least Shannon’s thesis. Education will go far to keep us more safe.  (To read the full thesis, click here. The USEA also put together a summary of the thesis which can be found here. The USEA Frangible Fence study can be reviewed here.)

But Shannon is adamant that there is still much more to do, more than can be done, to create a safer sport. At the same time, she acknowledges the resistance to an evolution into a sport unrecognizable from its predecessors. This remained a focus for her throughout the study. “One of the things we’ve tried to do with this is to look at and preserve the culture of the sport, or at least think of it in terms of how what we’re doing will affect the culture of the sport,” she explained. To that end, one of the team’s recommendations on conclusion of the study was a greater variety of frangible and other safety devices. The sheer variety of cross country obstacles presents a unique challenge. Shannon, though, emphasizes the importance of keeping the integrity and culture of the sport by continuing to have traditional elements on courses. In order to do this, having just a handful of devices to fit 40 different types of fences is unrealistic. Adding more options for frangible technology gives designers the flexibility to keep these questions without sacrificing safety.

The concept of technology goes farther than frangible technology. In order to make additional progress in making the sport safer, Shannon says, the factor that will have the most impact is to add stable video cameras to cross country fences. “In order to measure speeds and positions of horses at the fence, you need a still camera on the side,” Shannon said. “Right now, we don’t have any videos of rotational falls where the camera isn’t for spectating purposes. And there are a lot of rotational falls that there aren’t videos of.”

This is a problem, she says, because it inhibits researchers and analysts from being able to accurately develop theories on safety improvements. “There are so many factors you can look at with consistent videos at every fence, and it goes even beyond just falls,” Shannon said. “Did this fence ride well? I videoed all competitors approaching three fences between 2017 and 2019 at the Kentucky five star. There were a lot of hung legs and critical contacts on fences that could have used another look if that data was available. Giving the course designers the ability to thoroughly review their courses would be so valuable. If a horse lands funny or a rider falls off, it would be invaluable to have that video to show the vet or doctor what happened. The benefits are endless.”

When tragedy occurs, many call for more thorough investigation of the matter. What happened? Why did it happen? How could we have stopped it? Right now, those investigations are limited by the equally limited digital landscape of eventing.

“All you have, in most cases, are eyewitness reports and maybe one or two video angles,” Shannon said. “Most videos are panning and don’t allow for accurate calculation of speed, et cetera. Unless there is more video, these investigations will continue to be limited in how helpful they can be.”

With this in mind, Shannon’s made it her ongoing mission to bring more video analysis to events. The ability to make data-driven decisions is a newer development thanks to technology that’s only just beginning to draw mainstream attention in equestrian sports. Adequate video analysis, Shannon says, is a place to start. 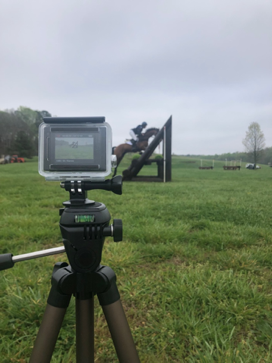 An example of a video set-up that could be used for fence analysis. Photo by Shannon Wood.

‘It Weighs On Everyone’

Investigating accidents that have taken lives is not an undertaking for the faint of heart. Shannon speaks with calm respect as she recounts the hours spent studying video footage and reports. “It’s a lot for sport professionals to carry, when this happens,” she said. “I’ve heard a lot of comments about how they don’t care, or how the designers and builders don’t care – and that couldn’t be farther from the truth in my experience. I’ve worked with so many designers and officials who lose sleep over this. It weighs on everyone.”

When a rotational fall occurs, a collective shudder tears through our community. As riders and active participants in the sport, we carry the weight of responsibility to ourselves and our horses to make qualified decisions regarding our choices in moving up. As officials and governing bodies, we have a responsibility to create accurate qualification standards that preserve safety as well as culture. Data analysis and further implementation of technology such as video are instruments that can bring benefit to the sport as a whole.

Shannon knows the importance of the work she’s taken on, her path illuminated by the work of many researchers that came before her and whom she credits now for inspiring her, and she isn’t looking back now. If you want to help Shannon’s vision of a safer sport become a tangible reality, click here to connect with her.