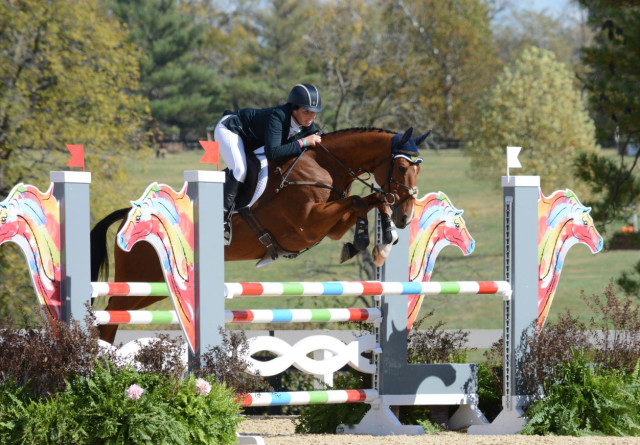 Meghan O’Donoghue and REHY USA. Photo by Photography in Stride.

​The Kentucky Horse Park was filled with electricity today — more so than usual due to the cold brisk winds that have been blowing in — and many of the horses were dancing on their toes a little more than usual at the conclusion of the Hagyard Midsouth HT. While there were some significant shakeups in both of the top divisions, no amount of wind, chill or atmosphere was going to dissuade the combinations who led from the start from finishing their weekend on top. Meghan O’Donoghue and REHY USA are your USEF National CCI* Champions, and Sharlee Lowe on Jjamaica took the win in the USEF National CCI* Junior Championship.

In a comparably impressive hat trick, Phillip Dutton and daughter Olivia Dutton claimed the Reserve National Championship titles in their respective divisions for what is surely a memorable weekend for the family!

The junior one-star kicked off at 11:00 a.m. Saturday morning after the second veterinary inspection. There was a huge shakeup in the standings in the final phase, with only four out of eighteen riders delivering a double clear round. Those who could manage the day were handsomely rewarded  with a trip to the top of the leaderboard. 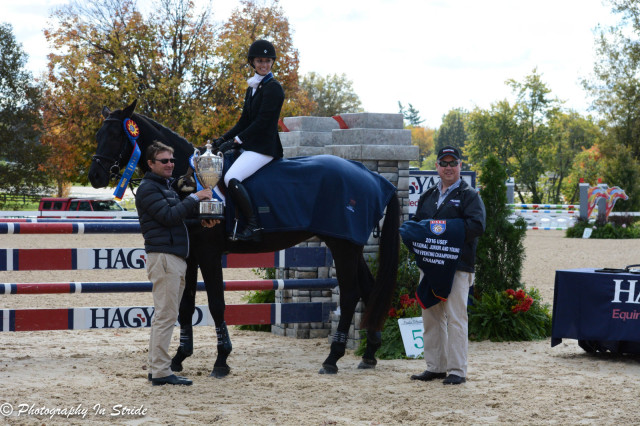 Sharlee Lowe and Jjamaica. Photo by Photography in Stride.

Sharlee came into the ring with a little room to spare, but all the pressure in the world; she had just one rail in hand and she used it, but ultimately emerged victorious with no time faults to hang on to her lead and finish on a 54.2. 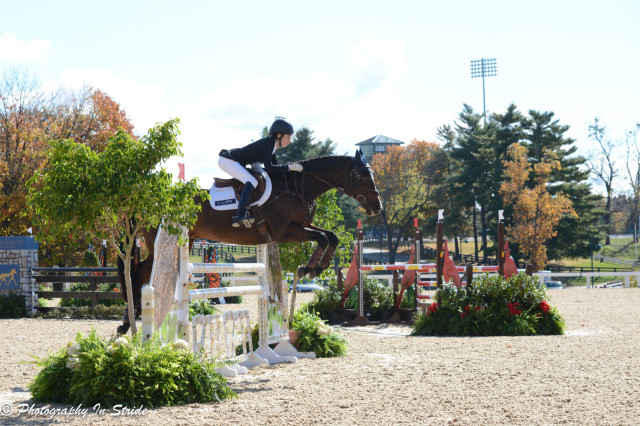 Olivia Dutton and Santa’s Playboy. Photo by Photography in Stride.

Olivia Dutton put the pressure on with her strong clear round and ultimately claimed reserve champion with Santa’s Playboy on a 56.9. A double clean show jump round was extremely influential in their placing as they were fifth coming into the last day. 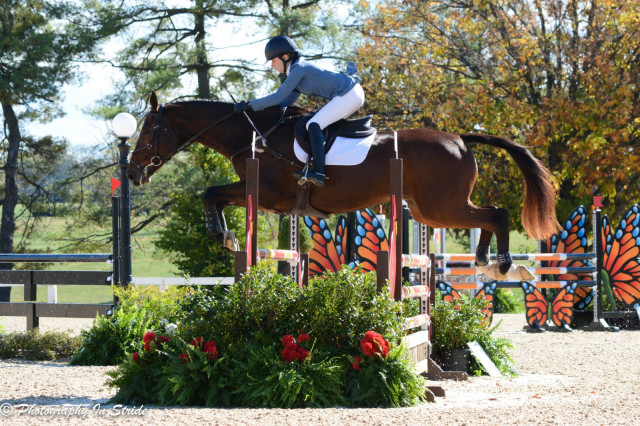 Cassandra Wallskog and Quainton Casanova. Photo by Photography in Stride.

Cassandra Wallskog and her Holsteiner gelding Quainton Casanova too put in a beautiful and bold double clear round to catapult themselves from eighth after cross country to finish in third in a very competitive division.

Neil Donnelly and his own Fool Proof finished on their dressage score which originally slotted them 15th and ultimately placed them fourth in their CCI* debut.

Marie Limpalaer and Tamia de la Faye rounded out the top five, finishing their weekend with just a single rail and a score of 64.0.

In the adult division, some of the top riders in the country were out on their younger horses ready to ride for the win, while others were making a triumphant one-star debut. 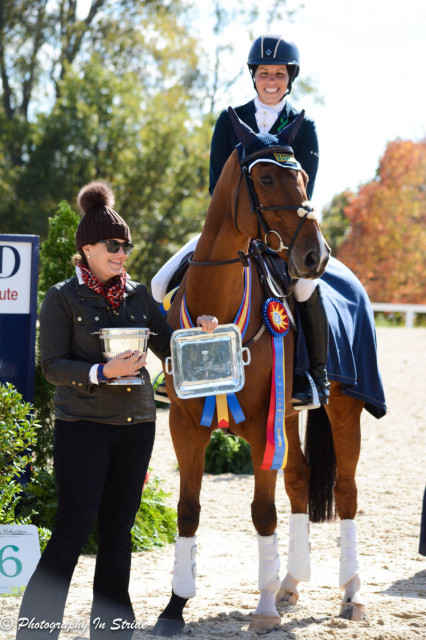 Meghan O’Donoghue and REHY USA. Photo by Photography in Stride.

Your 2016 Hagyard CCI* Champion and National CCI* Champion is Megan O’Donoghue and REHY USA. Megan led the one star from start to finish on a 39.80 and delivered an effective and beautiful show jump round today. REHY USA, an Irish Sport Horse owned by the Ronald B. Shipka Irrevocable Trust,  showed a strong suit in the final phase with incredible scope and careful tactics to take the win. 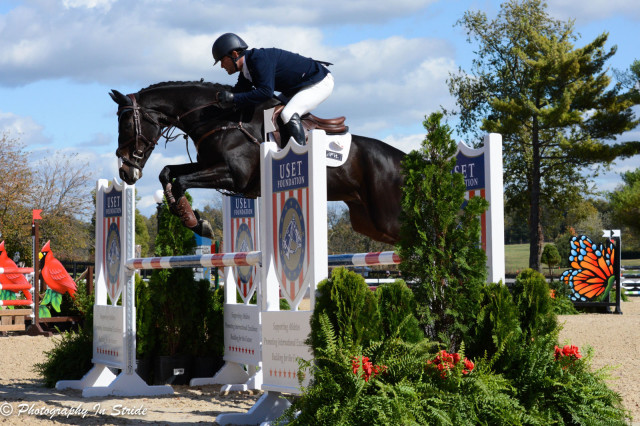 Phillip Dutton and The Manager. Photo by Photography in Stride.

Phillip Dutton and The Manager moved up from third to claim the Reserve Championship on a final score of 44.0. The Thoroughbred gelding owned by Ann Jones has been coming up the levels with Phillip since 2013 and made a big impression at his CCI* debut.  Most critically, it means matching red coolers for the Dutton clan!

Sydney Conley Elliot and Carol Stephens’ QC Diamantaire  took third after delivering a clean and sharp double clear, moving up from fifth. She finished on her dressage score of a 44.80. 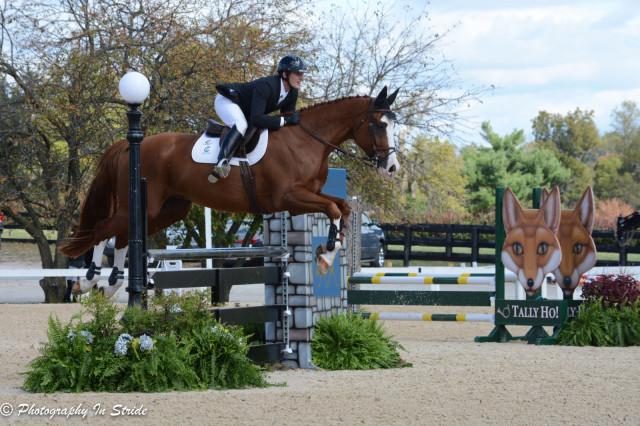 Bobby Meyerhoff aboard Rascal Rap. Photo by Photography in Stride.

The Fourth place slot was claimed by Bobby Meyerhoff aboard Rascal Rap after a nearly flawless show jumping round to finish where they started, on a 45.7. Bobby also finished tenth aboard Fortuna on a 52.7 with another lovely double clear round.

Michael Nolan and SBT Good Guy (Irish Sport Horse owned by Robin Walker) were poised to claim the reserve championship before guttingly rattling a pole loose from the rollback fence that caused problems for multiple combinations throughout the day. They made it their only rail, however, to finish in the top five.

Buck Davidson and Victor B Z were looking poised for a top placing as well before the painted poles took their toll and added eight faults to his score, but the pair still finished in the top ten on a 52.4.

Congratulations to all the competitors on a strong outing, and the organizers of the Hagyard Midsouth Horse Trials and United States Equestrian Federation for a successful event. 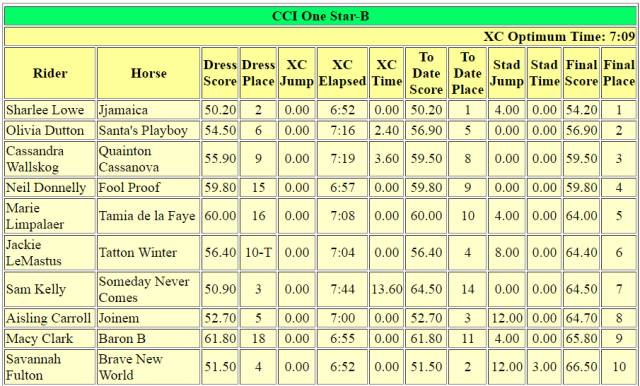 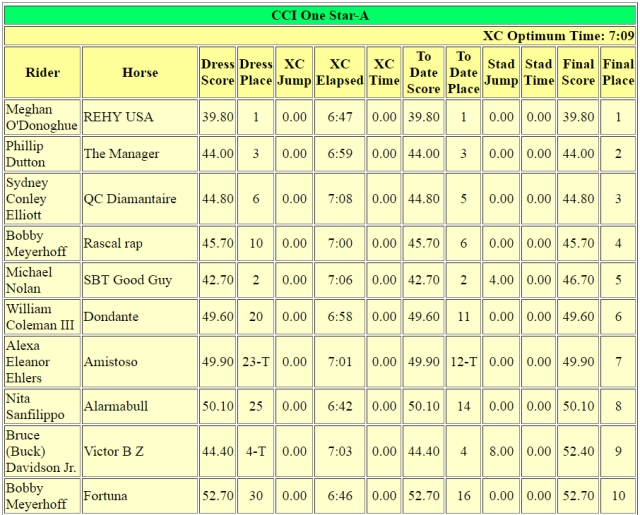 Lorraine Jackson contributed to this story.