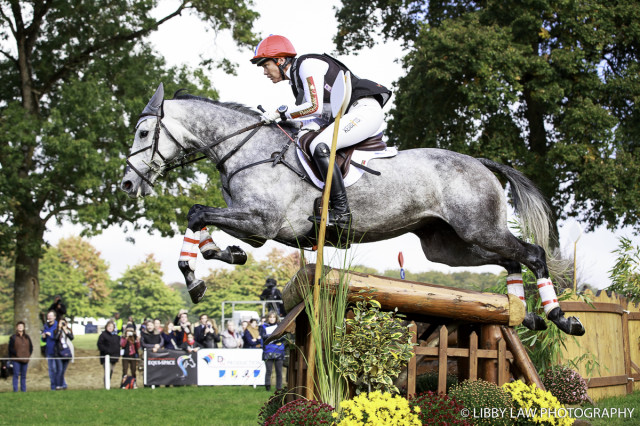 The American combinations proved their pluck around a tough and electrifying cross country course today, coming home clear and improving their placings in the process at Le Lion d’Angers 7-Year-Old Championships.

At the top of the leaderboard, about half of the top ten dropped out of winning contention, while the other half maintained or improved their placings, including pack leader Ingrid Klimke (GER) aboard Weisse Duene. While no one blew the Optimum Time out of the water, time penalties did not prove to be a scoring factor today; rather, several tricky combinations on course laid claim to many strong competitors. 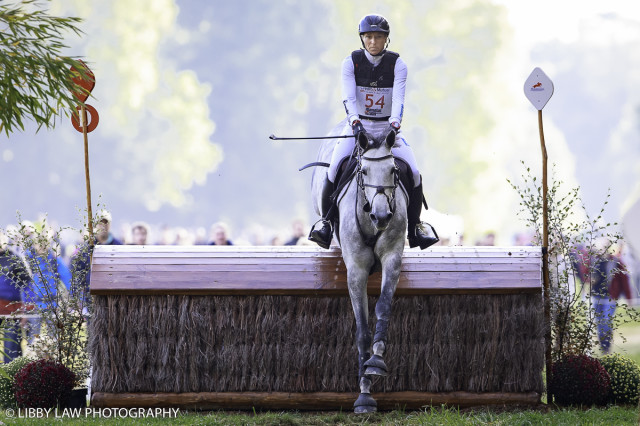 Tamie Smith and Fleeceworks Royal (Riverman x Marisol, by Corofino I, Holsteiner owned by Judy McSwain) were among the early trailblazers, going third in the pack of 59 horses today, but they were able to put in a foot-perfect round without advance intelligence, instead just sticking to the plan Tamie had made and executing successfully.

“You had to be on your minute markers every step of the way. She was a little spooky at first, but as the course went on she got in a rhythm. Everything rode the way I had planned it, which is rare to have happen.”

Tamie and the striking gray mare were able to maintain their mojo despite the very unplanned misfortune of an early equipment malfunction.“She lost a hind shoe early on and it was slick, but she didn’t seem to mind. The crowds were very big and that didn’t seem to phase her. She was rideable every step of the way, and it was so easy for her. I’m thrilled with her. It was just like another day at the office for her. She’s a champion!”

That fine office work was good enough to move them into the top 20, sitting in 16th place going into the final phase. 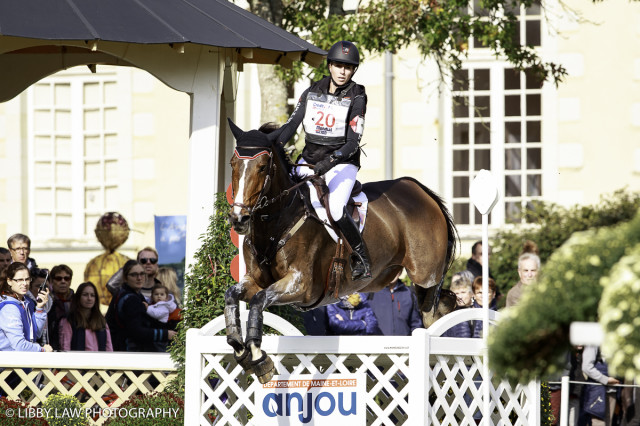 Robyn Fisher and Betawave were also in the first wave out, and the pair made a tough day on course look easy, adding just 4 time penalties to their dressage score to sit in 31st overnight. Betawave (Linaro x Wavelength, by Wodan) is a Holsteiner mare Robyn owns with her breeder Carol Singh.

Ingrid Klimke and her horse for the future Weisse Duene maintained their hold on the lead, coming in clear and three seconds under the optimum time today to stay on their score of 36.9. 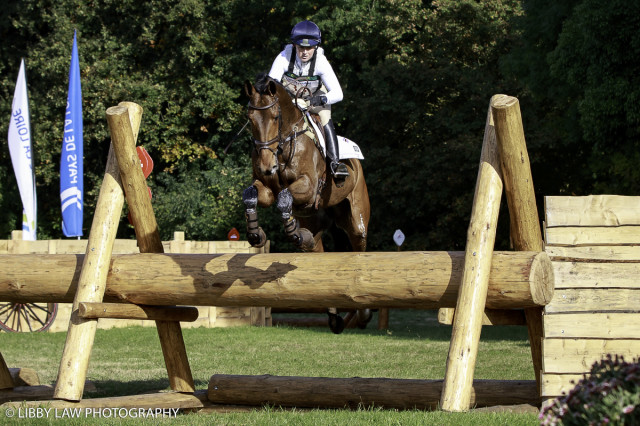 They still won’t have a rail in hand, however, as Pippa Funnel (GBR) and Billy Walk On also came in double clear to keep the pressure on in the final phase tomorrow with a 39.0.

Pippa and Ingrid have a bit of breathing room over the rest of the pack, with Pau winner Maxime Livio (FRA) aboard Vroum D’auzay rising to third on a 45.7. Maxime also maintains the fifth-place slot aboard Vegas des Boursons, who moved from eighth to fifth on their double clear. 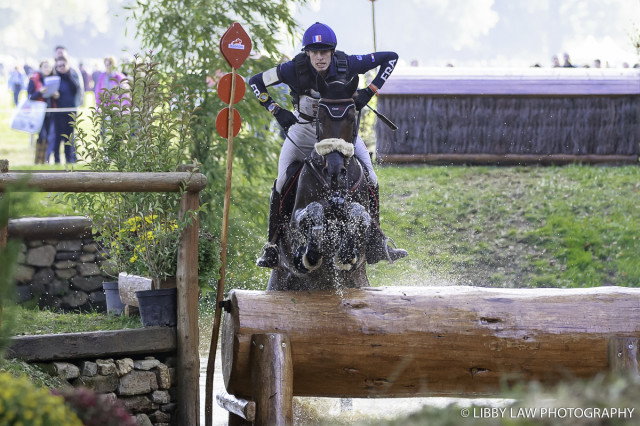 Gemma Tattersall (GBR) and Chillis Gem fill Maxime’s gap, jumping from sixth to fourth place with their smooth go of it today.

The Cottage Complex – a bank drop to two angled brush fences- caused the most turmoil on course today with 14 refusals and one fall in this element. Multiple riders opted to drop down the bank and then carefully zigzag the angled brushes so as not to cross their tracks rather than attempting to take them in succession.

Kitty King (GBR) and Vendredi Biats were among those who picked up a fly-by on course along with 10.8 time faults to drop from fourth to 34th. Charlotte Dobretsberger of Austria and Valley K also picked up a stop and several time faults to move from third to 40th place.

There were five eliminations and one retirement on course, and no reports of serious injury to horse or rider.

Show jumping in the seven-year-old division will start at 2:00 p.m. local time, which is 8:00 a.m. ET. Should you be so inclined, you can make yourself a strong pot of coffee and catch the livestream at the Mondial du Lion website. 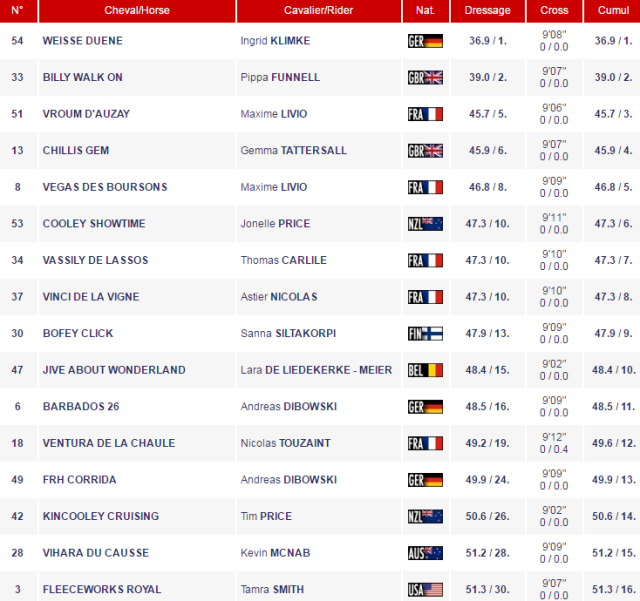