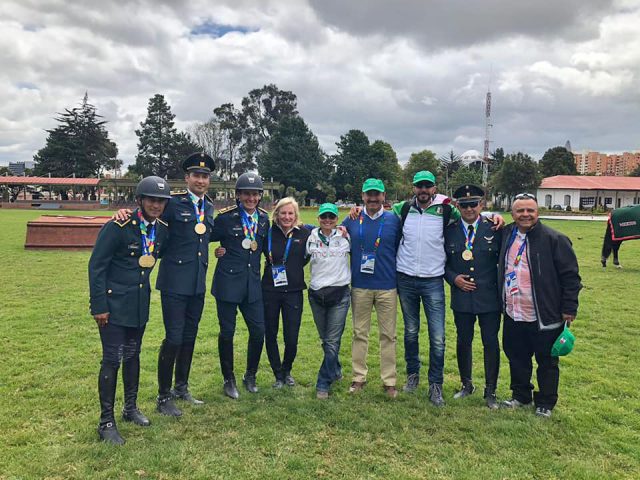 It was a busy weekend of eventing around the world, with eventing at the 2018 Central American and Caribbean Games also taking place in Bogotá, Colombia on July 19-22. Mexico dominated both the team and individual competition from start to finish, taking team gold as well as the individual gold and silver medals. Guatemala won team silver, and Barbados clinched the first equestrian medal in the country’s history by taking bronze. 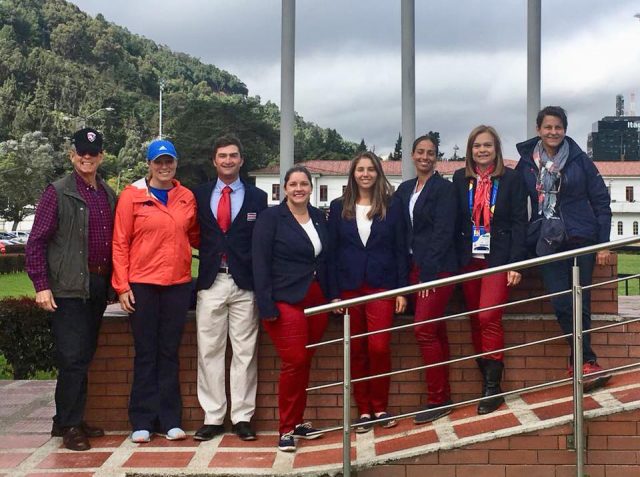 Jose Alan Triana Martinez led the way for the Mexican team with Violento, a 7-year-old Mexican Sport Horse (CCDM) by the Oldenburg stallion Conthargos. Their dressage score of 31.7 topped the leaderboard after the first, and they held the lead on cross country with a clear round inside the time over Andre Parro’s course. One rail down in show jumping saw Martinez and Violento take individual gold on a final score of 35.7.

Mexico’s Guillermo German sat second after dressage on 32.7 with Quelite, a 12-year-old Mexican Sport Horse (CCDM) by the KWPN stallion Ohio. They slipped to fifth after adding 8.8 time penalties on cross country, but were the only pair to deliver a clear show jumping round on the final day to win individual silver on a final score of 41.5.

Fernando Parroquin Delfin and Ucara technically finished third in the individual standings for Mexico on a final score of 44.0, but Pan American Sports Organization (PASO) rules, which govern the Central American and Caribbean Games, prohibit a single country from sweeping all three individual medals.

With the PASO rule in effect, the next rider in the individual standings, El Salvador’s Sofia Baussan with Durango, was ultimately awarded the individual bronze medal with a final score of 45.3.

With three of their four team riders topping the individual leaderboard, Mexico won team gold on a final score of 121.2. Guatemala finished three of their riders in the top 10 to take silver on 157.0, with Stefanie Brand and Ginfer Palo Blanco leading the way for the team on a score of 48.0 to finish sixth individually. 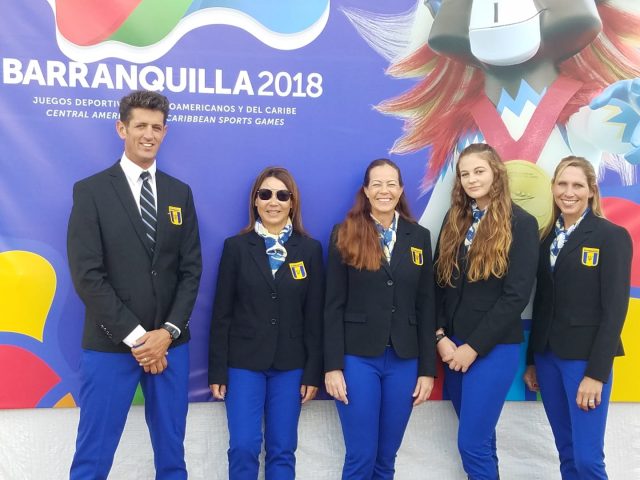 Three cheers for Barbados! The team won the first equestrian medal in the country’s history. Photo courtesy of Liz Halliday-Sharp.

Barbados took team bronze with two of their riders finishing in the top 10. Monique Archer and Zoe Archer, both coached by Joss Gray, finished fifth and ninth with Camross Diamond and Millridge Z Two on final scores of 45.9 and 65.9, respectively.

Eventing is a developing sport throughout Central America and the Caribbean, and we have to send a special thank you to all of the officials and support crews who traveled to Colombia. Sandy Phillips, Mark Weissbecker and Mercedes Campdera served as the ground jury, with Wayne Quarles as technical delegate.

Congratulations to all of the riders! Click here to view final individual scores and here to view team scores. Go Eventing.