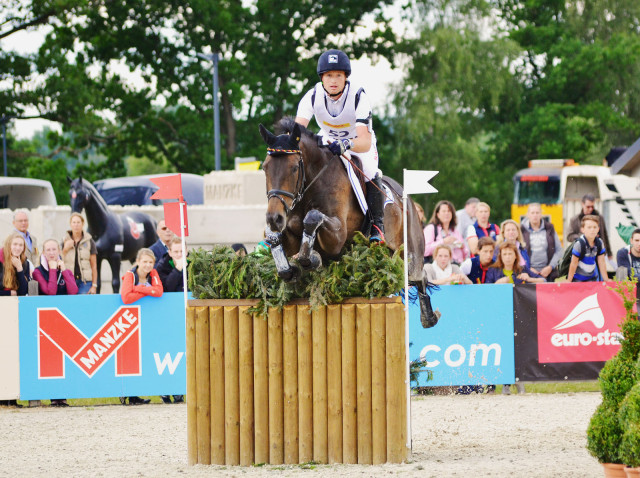 After cross country, Michael Jung is leading the Luhmühlen CCI4* on fischerRocana FST, a 9-year-old mare contesting her first four-star, not that this should surprise any of us. He set out looking very determined to go double clear as the final pair on course and did just that, coming home inside the time with a lovely trip to stay on their dressage score of 41.5. Overnight leaders Lucinda Fredericks and Flying Finish parted ways just a few rides before at 22a, leaving room for Michael and Rocana to sail into first. 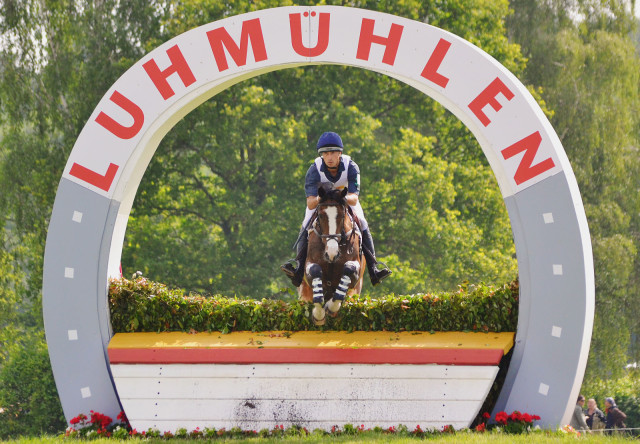 Tim Price and Wesko are sitting in second place on 43.8 after also going clear inside the time — though it took a lot of flip flopping before they were finally confirmed as clear. There was a dispute as to whether he jumped inside the flags at 10, the skinny brushes in the main arena. He was originally assessed as clear and then given 20 penalties before the ground jury ultimately removed the stop. Watch the video below to see their trip through the combination in question.

Bettina Hoy and Designer 10 moved up two spots to third place on 44.5 after jumping clear with 1.2 time penalties, and she gave the horse huge pats and praise after he skipped through the main arena. Oliver Townend and Black Tie moved up to fourth place thanks to jumping one of the 10 double clear rounds to remain on their dressage score of 45.0. Phillip Dutton and Mighty Nice also had a fantastic double clear to round out the top five on 46.0. Click over to this post for a breakdown of all the Team USA rides, as well as an interview with Phillip and Boyd Martin, who is sitting in 7th and 17th with Shamwari 4 and Otis Barbotiere. 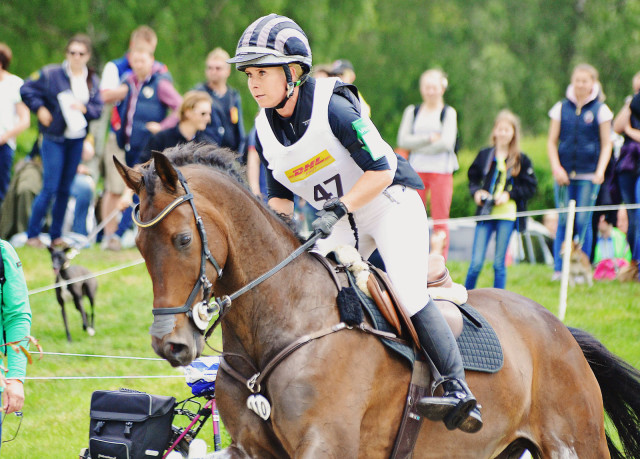 The day has not been without tragedy, unfortunately. We’ve already reported that Liberal sadly passed away after fence 7 after suffering a presumed aortic rupture; click over to this post for more information and quotes from Tom Crisp and Will Connell. Georgie Spence and WII Limbo took a nasty spill at fence 5, a big open oxer set with frangible pins. Unfortunately, course designer Capt. Mark Phillips confirmed that the post broke instead of the pins, which made the fall a lot worse than it should have been. The horse walked away just fine, but Georgie broke her collarbone and will undergo surgery at the local hospital. 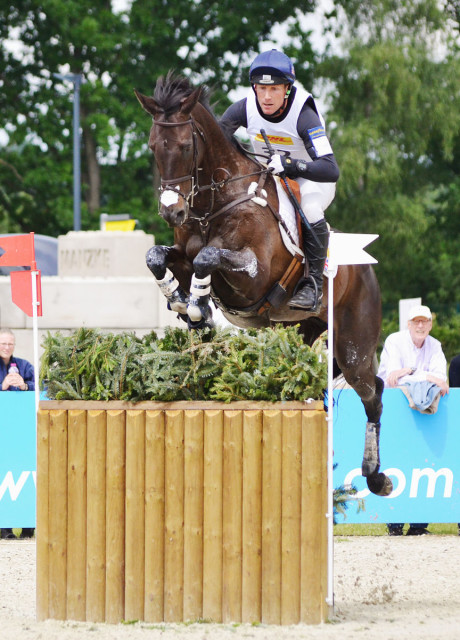 We are still awaiting word on the condition of Benjamin Winter, who was knocked unconscious following a rotational fall with Ispo at fence 20. It looked like he missed his distance, and the horse added a stride, leaving a leg and flipping. The horse was up and OK right away, and Benjamin was taken to the local hospital for further evaluation. Lucinda’s fall was also pretty scary, but she reported on Twitter that she is OK and escaped with just a minor concussion. We will update you on Benjamin’s condition just as soon as we have more information. 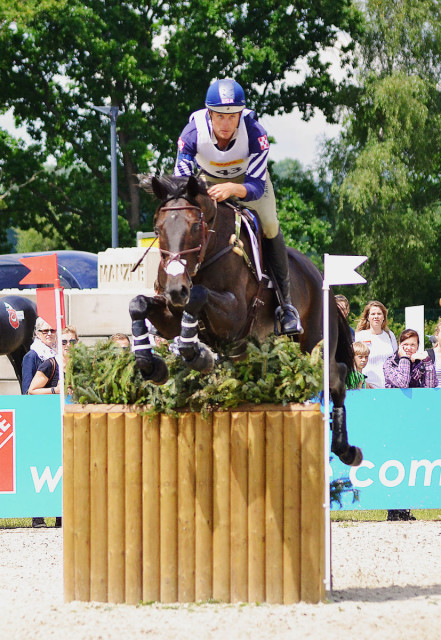 In all, 32 of the 47 riders completed the course. Thirteen riders had at least one refusal, and seven riders retired on course. Eight pairs were eliminated on course due to falls; six were riders falls, with Benjamin and Georgie’s mounts suffering the two horse falls. I have lots of photos and videos uploading now, so keep checking back for much more from Luhmühlen. You can also click over to my live updates thread for a play-by-play of all the action. Go Luhmühlen. 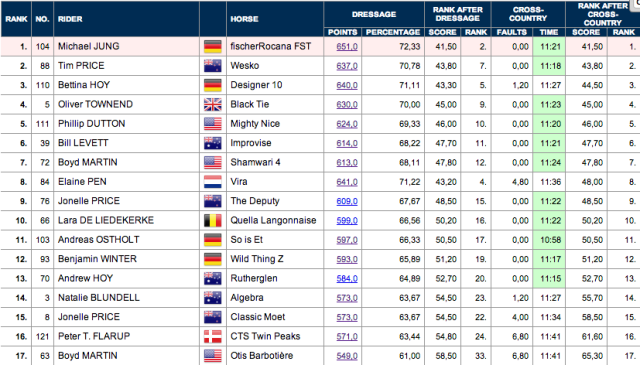