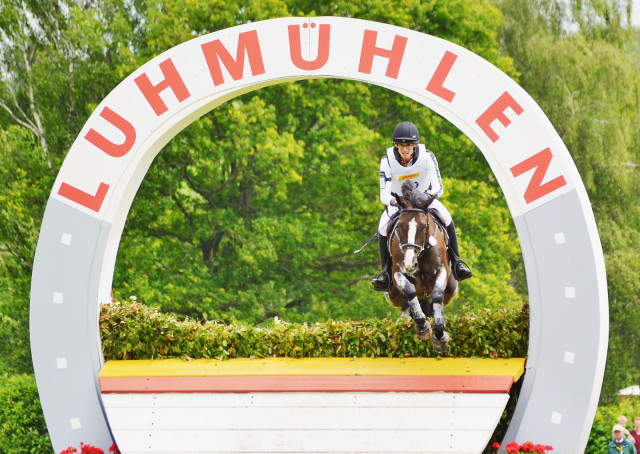 It’s with unspeakable sadness that we can confirm that Benjamin Winter was killed in a rotational fall from Ispo at fence 20 on cross country today at Luhmühlen. The event officials have released the following statement:

“It is with the deepest regret and sadness that we announce that Benjamin Winter (GER) suffered a fatal accident while competing at the CCI**** in Luhmühlen.

“On behalf of the whole sport, we would like to extend our deepest sympathy to Benjamin’s family. The horse and rider had a rotational fall at fence number 20. The horse was uninjured.

“At every FEI event, the maximum consideration is given to the safety and welfare of horses and competitors. The causes of this accident will be further investigated by all parties.”

The official cause of death has not yet been released. A press conference is scheduled to be held shortly, at which time we will have more information.

Benjamin was sitting in 12th place with his other ride, Wild Thing Z. An up-and-coming young rider for Germany, Benjamin, just 26 years old, was trying to complete his first CCI4* at Luhmühlen this weekend.

Eventing Nation extends our deepest condolences to Benjamin’s family and friends, as well as the extended German eventing family. Words cannot express how terribly sorry we are on this tragic day. Rest in peace, Benjamin.

Update 5:40 p.m. local time: The Chief Medical Officer has confirmed that Benjamin passed away due to severe head trauma. The medics tried to revive him at the scene and in the helicopter on the way to Borberg, a clinic in Hamburg that specializes in head injuries. He was pronounced dead upon arriving at the hospital.