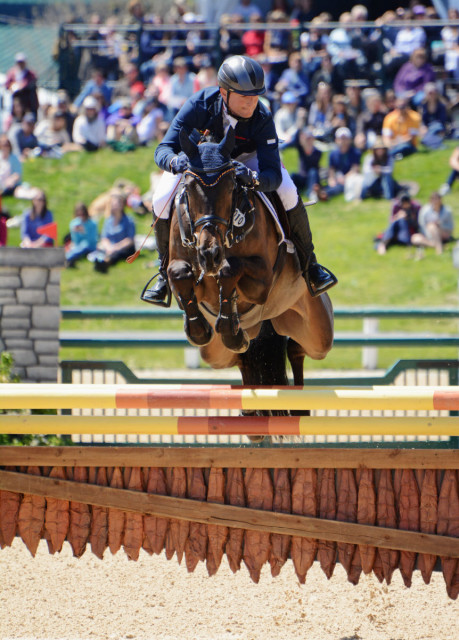 A pole-dropping finale at the Rolex Kentucky Three-Day Event significantly shuffled the leaderboard to ultimately give Michael Jung and fischerRocana FST the win on their dressage score of 39.3 after jumping a double clear round early in the order of go. Michael came into the weekend as the anticipated winner, though many people expected he would be sitting on La Biosthetique Sam FBW in the victory lap.

Sam came into show jumping just .4 penalty points behind overnight leaders Tim Price and Wesko, but the Olympic, World and European gold medalist pulled two rails on course as the penultimate horse to jump. While plenty of horses pulled two or more poles today, that’s just not something we see from Sam, who hasn’t had that many rails in an FEI competition since 2008.

It just goes to show that even The Terminator can have a bad day, and you really can’t even consider it a bad day when you factor in that he won a Rolex watch and also finished in third place aboard Sam on 44.7. He’ll take a significant chunk of the $300,000 prize pot back to Germany. 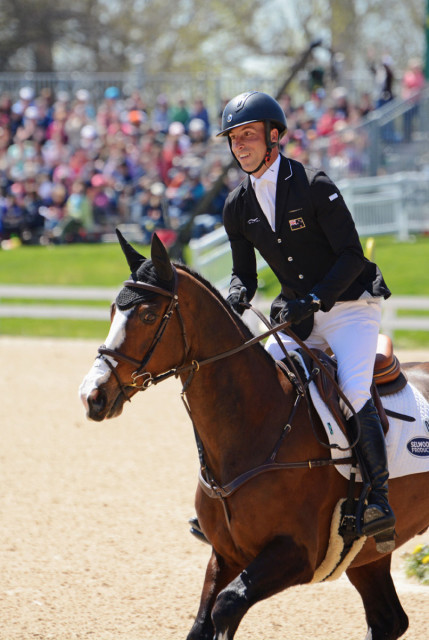 After Michael and Sam pulled their rails, the pressure was on Tim Price and Wesko to deliver a clear round, as they didn’t have a rail in hand. While “Dash” is a former pure show jumper and has a very good record at the FEI level — just three total rails pulled in his entire FEI career — he had one down today to ultimately finish second on 40.3, just 1 penalty point away from the win.

William Fox-Pitt and Bay My Hero jumped double clear to finish in fourth place on 46.9, which is nearly 3 points higher than the score they won on last year. It’s the first time since 2011 — when Mary King pulled her historic one-two finish — that we haven’t had William sitting in the final press conference at Rolex.

Phillip Dutton and Fernhill Cubalawn are our new USEF National Champions after jumping double clear to finish in fifth place on 54.1. It’s the fourth time Phillip has won the title, and it’s one he absolutely deserves after completing the event without adding any jumping penalties on either of his rides, both of which were contesting their first four-stars this weekend. 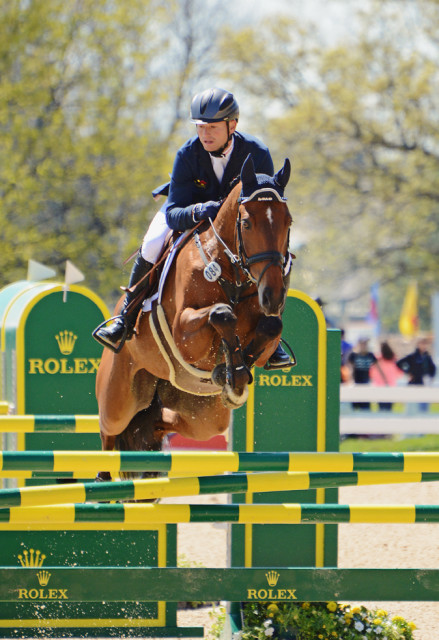 Four CCI4* first-timers finished in the top 10, including OBOS O’Reilly with Will Coleman in the irons; they pulled one rail to finish in sixth place on 56.6. Will won a two-year lease on a 2015 Land Rover Discovery Sport yesterday after coming home closest to the optimum time on cross country.

Master Frisky had two rails down with Boyd Martin to finish in seventh place on 56.6 in the horse’s first four-star. Nicola Wilson had two down on her first ride, Watermill Vision, only to return to deliver a beautiful double clear round aboard Annie Clover, one of eight double clear rounds we saw today.

Phillip Dutton and four-star first-timer Fernhill Fugitive jumped double clear to finish in ninth place on 59.3, and Bill Levett and Improvise round out the top 10 after pulling two rails to drop them five spots down the leaderboard to finish on a score of 60.6. 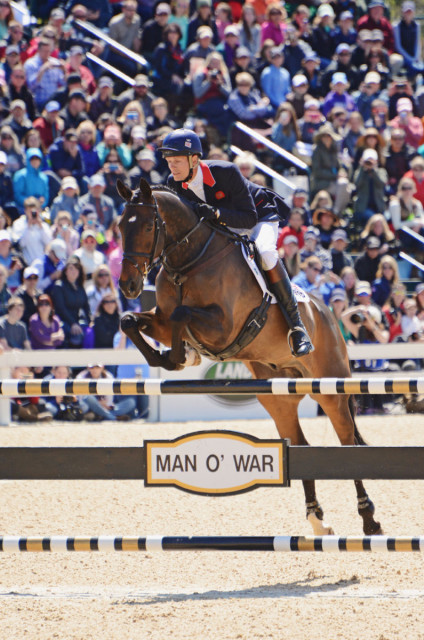 Richard Jeffery’s show jumping course definitely proved to be influential, with rails falling throughout. The triple combination in the middle of the Rolex stadium proved to be the most difficult, with numerous pairs pulling poles there. The second fence in the treble claimed the most victims. Buck Davidson and The Apprentice had a stop there, and Dana Widstrand and Relentless Pursuit sadly had two stops at that fence as well, resulting in elimination.

Elisa Wallace and Simply Priceless pulled five rails to add 20 jumping penalties to their final score, but they still completed their first Rolex as the highest placed rookies, finishing 17th on a score of 78.0 after delivering an impressive clear cross country performance yesterday. 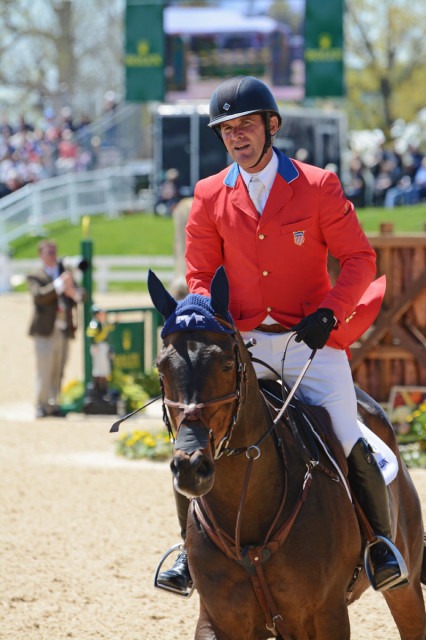 Click here to see final scores and here to relive a play-by-play of all the action in John’s open thread at this link. Stay tuned for quotes and videos from the press conference, as well as more photos from the exciting show jumping conclusion at the Rolex Kentucky Three-Day Event. You can view all of EN’s #RK3DE coverage here.